In recent weeks, the markets have recovered from their lows. As encouraging as this has been, it is still best to approach the markets with caution. Looking for stocks with solid fundamentals, as well as positive performance relative to the market is a prudent approach. One such example is Raytheon stock (NYSE: RTX), so today we’ll be looking at an updated Raytheon stock outlook. 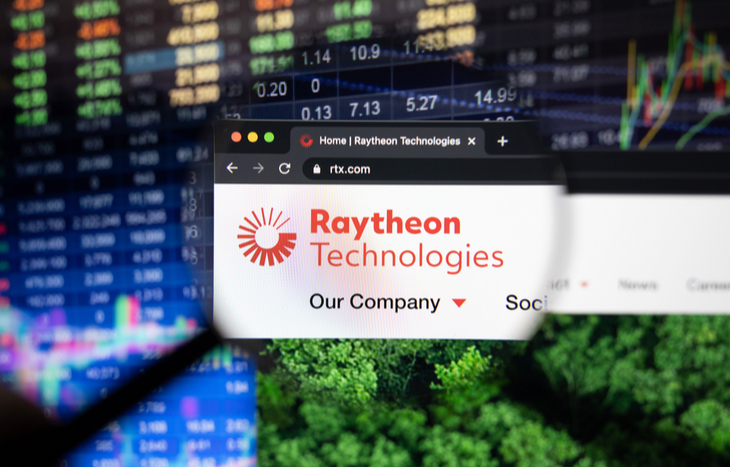 Raytheon has been a strong performer in recent quarters, as well as in recent years. Raytheon has reported a beat on earnings on all of the past four earning reports. A beat on their next earnings report, scheduled for May 12, would only strengthen their standing. In addition, while the company reported a net income loss in 2020, it bounced back in 2021. However, Raytheon’s gross profit is still below levels last seen in 2018. This is because the Cost of Goods Sold (COGS) is considerably higher.

In addition, Raytheon’s PE ratio is higher than it has been since 2015. This further reflects the contrast between the growth in stock price, and the stagnation in earnings growth. However, the price to cash flow ratio is below where it was in 2020, though above where it was pre-pandemic. The ROA, ROE, ROIC are all below pre-pandemic levels, though above peak pandemic levels.

Raytheon hit a 52 week high back on March 1st, eclipsing the $104 dollar mark. The stock has since retreated a bit, hovering just below $100 as of this writing. On the month the stock is up over 7%, while the Nasdaq is up just under 2%. Over the past three months Raytheon stock is up over 20%, while the Nasdaq is down over 7%. After hitting its peak a couple weeks ago, the stock regressed, forming a bull flag. This morning, the stock made a strong positive move, bringing an end to the bull flag. However, the stock has already given back some of its highs from the morning.

Given that Raytheon is a defense and aerospace company, its stock is more susceptible to developments in Europe. Continued conflict may engender renewed positive sentiment. This would be the same catalyst that caused the stock to spike a few weeks ago. For this reason, monitoring the situation abroad would be a key part of any investment in Raytheon stock.

As with investing in anything right now, a sense of caution and prudence are your best assets. While Raytheon has outperformed the market(s) by most metrics this year, it may be slowing down. Continued increases in the company’s COGS, as well as broader supply chain and inflationary issues, hamper financial performance. International tensions have the potential to either make the company more necessary, or reasonably irrelevant. Gauging the reactions and interests of larger institutions might be a good measure of their future outlook. However, in addition to their feelings, doing your own research should always be a focal point of your investing strategy. Do not allow your decisions to be swayed by the opinions of others. They can neither enjoy your gains, nor take part in your losses.