Riot Blockchain stock saw a 2% jump this morning and have been fluctuating throughout the day. At 9am this morning Riot Blockchain announced the development of 200 megawatts of immersion-cooling technology at its Whinstone facility. To the company’s knowledge this is the first industrial-scale immersion-cooled deployment of Bitcoin mining hardware (“miner(s)”, “ASIC” or “ASICs”).

Jason Les, CEO of Riot had this to say about the recent developments…

“After months of research and development, utilizing partnerships across industries, Riot is proud to be a pioneer in the use of cutting-edge immersion-cooling technology at an unprecedented scale.”

“By leveraging technology, industry-leading low power costs, and economies of scale, Riot intends to continue driving operating and capital efficiencies for its self-mining business and its institutional clients. Due to these efficiencies, we anticipate observing an increase in the Company’s hash rate and productivity through 2022, without having to rely solely on purchasing additional ASICs.”

Here is the full press release. 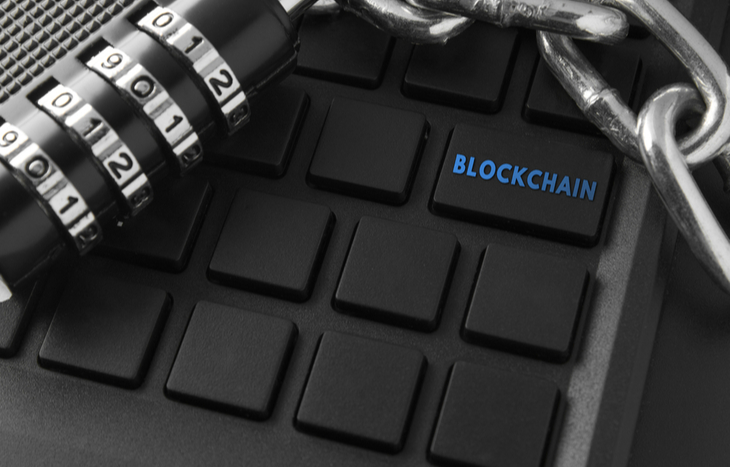 If you feel like you’ve missed out on the cryptocurrency movement, you’re not alone. There’s an actual term for it called FOMO, or fear of missing out. Luckily, there are easy ways for investors to gain exposure to digital currencies. And with these new tech developments, Riot Blockchain stock is worth consideration.

Riot Blockchain Inc. (NASDAQ: RIOT) continues to focus on growing its mining operations. The company believes in the future of bitcoin and its ability to generate returns.

Institutions are closely watching Bitcoin-related stocks as they are some of the best-performing assets over the past year.

However, the machines used still need electricity to power them. And with energy costs rising, Riot’s profit margins could be impacted. How much of a factor will immersion-cooling technology have on this?

Based on industry data and the Company’s own preliminary immersion-cooling test results, an estimated 25% increase in hash rate is expected, with an estimated potential to increase ASIC performance by as much as 50%.

What can we expect moving forward with Riot Blockchain stock?

For those that don’t know, bitcoin mining is a way of creating new bitcoins. This method is Riot Blockchain’s primary revenue driver.

As one of the most widely traded miners in the U.S., Riot Blockchain stock is one of the best ways to gain exposure to bitcoin.

Keeping this in mind, when the price of bitcoin goes up, Riot has the opportunity to generate bigger profits. Riot Blockchain has consistently upgraded its equipment to increase efficiency and keep up with the latest technology. The fore-mentioned immersing tech is yet another example of this.

As of the end of September, Riot held around 3,534 BTC, all mined by the company. In September alone, the firm mined 406 BTC, a production increase of around 346% from the previous year.

Looking at Riot’s most recent update, it’s clear the company is expanding its business. On the other hand, its valuation closely resembles that of bitcoin.

When Riot announced it was shifting its focus to Blockchain and bitcoin mining, the stock exploded as a result. Since then, every time the interest surrounding bitcoin increases, Riot Blockchain also saw higher interest.

With that being said, since investors only gain exposure to bitcoin and don’t invest in it directly through Riot stock, it varies from time to time.

A better way of valuing Riot Blockchain stock is by looking at the competition. Other publicly traded crypto miners include:

By looking at the competition, we can better understand where investors are putting their money.

How Riot Blockchain Stacks Up

Next, as crypto miners, an important metric to determine value is the mining ability. Riot mined 675 BTC in the second quarter, compared to MARA that upped production to 654 BTC, and BITF mined 759 BTC. However, Riot’s latest efficiencies aim to grow production substantially throughout 2022.

It is important to consider that mining ability is just one factor in determining overall value.

Given this information, Riot has the highest cost of revenue, which could be an important factor going forward.

In the past year, Riot Blockchain stock is up over 650%. The explosive growth came as bitcoin and other crypto’s popularity has soared.

In February, when Riot stock hit an all-time high price of $79.50, bitcoin was also climbing above $55,000. But, since then, the two assets have separated a bit in terms of price action.

After Riot reached new heights, it lost nearly half its value within the next month. On the other hand, Bitcoin also dropped but quickly began extending its gains, reaching an ATH of $64,899 on April 13th, 2021.

On top of this, bitcoin’s price is now starting to climb again, currently sitting over $57,000. Meanwhile, Riot Blockchain stock is still sitting around $25, a modest gain from where it was in May.

There are a few potential reasons Riots stock is not responding to bitcoins price as sensitively. It could be several different factors, but it’s most likely either:

Better alternatives could include a few different takes. For instance, if investors look at expenses, they may look for another option, like Marathon. Yet, it could also be money flowing from bitcoin-related products to newer digital assets, like NFTs.

New cryptocurrencies are taking the finance world by storm. Popularity has soared with digital investments such as Solano that’s gained nearly 8,000% this year.

In contrast, it could also partly be due to easier access to direct BTC investments. Coinbase (NASDAQ: COIN) held one of the most hyped IPO’s in April, and since then, Riot Blockchain stock has not recovered.

Despite declining 50% in the past six months, Riot Blockchain stock looks to be sitting on a heavy support area. The $22 – $25 area has been tested several times this year and has held its own.

If Riot can’t maintain a competitive expense ratio, investors could continue fleeing for other investments. However, the company’s latest technology developments should help combat rising energy costs and increase profitability.

While bitcoin is now more accepted and making its way into the mainstream, Riot will need to keep pace to stay relevant. With competition growing and other options looking more attractive, how much of the share can Riot keep?

And finally, if you’re sick of getting burnt by crypto investments, you should check out Manward Financial Digest. Instead of trying to keep up with the madness, let crypto expert Andy Snyder identify the latest trends for you. And the best part, it’s all free. Enter your email and get started today!