Roblox Stock Sets New Lows After Earnings: What to Expect Next

Roblox stock is trending again on Wall Street after its Q4 earnings release. However, this time it’s not because of its explosive growth, but rather the lack thereof.

With this in mind, Roblox stock price is down over 64% from its all-time high of $141.60. The company is still attracting new users while investing in growing the platform. But, with momentum slowing, investors are selling higher-risk growth stocks after earning big returns the past few years.

Is now the time to buy the beaten-down metaverse stock? Let’s explore. 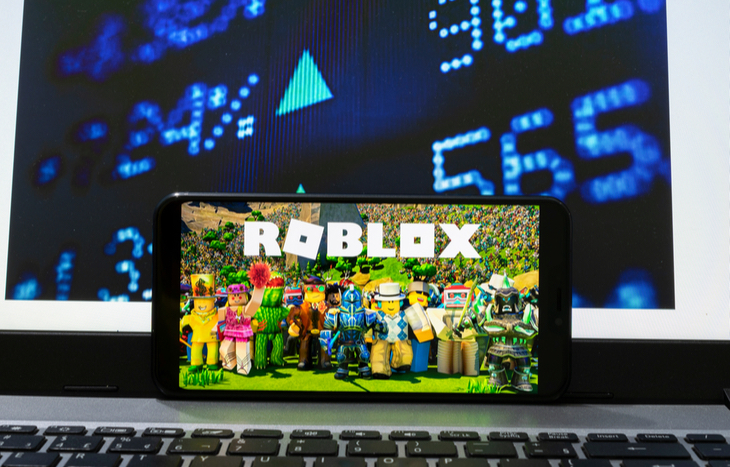 Roblox (NYSE: RBLX) is an interactive social network (gaming) experience where users can meet and interact. Players can compete in games and buy items with Robux, a virtual currency.

Though most importantly, 3rd party developers support the platform. Roblox allows gaming developers to publish on the platform, and in turn, the company takes a piece. Then, builders will earn Robux for engaging content and selling in-game items, which creators can exchange for cash.

In 2020, Roblox was named No. 1 in Fast Company’s Most Innovative Gaming Companies ahead of rivals Apple, Microsoft, and Epic.

After its IPO on March 10, 2021, the company soon became a favorite among investors. RBLX stock raced over $100 in less than three months. Then again, in November last year, after a big Q3 earnings beat running to ATHs over $141.

Now, the tables are turning after the tech stock selloff, causing share prices to crater. And to make matters worse, slowing growth is putting even more pressure on Roblox stock.

As you can see, the company is still increasing sales. Yet since the peak of the pandemic, Roblox’s growth is slowing.

Not only that, but a more realistic look at the company’s overall growth is through its bookings. In Q4, bookings rose another 20% year-over-year (YOY) to $770.1 million but missed estimates by $2 million. One of the biggest takeaways is slowing engagement in North America.

On top of this, the company’s net loss is becoming larger at $143.3 million, up 144% from last year. So even though Roblox’s is making more sales, the cost to generate them is also rising.

That said, investors are looking for more immediate returns in this environment rather than the promise of one day becoming profitable.

Although from the reaction after earnings, you would think the company dropped the ball. But there are a lot of positives to take away from the report as well.

Given these points, the Roblox stock selloff looks overblown. At the same time, after many stocks saw their valuations multiply 2x, 3x, 5x, 10x… investors are selling for a stronger cash position.

Is There Any Hope for Roblox Stock?

Despite the bleak outlook Wall Street is painting for Roblox stock, the company has a real chance to capitalize on the “digital gold rush.”

Now that the company’s metaverse platform is functional, Roblox should continue seeing higher engagement. With creators from all over the world, look for the company to continue expanding its overseas growth.

Moreover, as Roblox attracts an older user base, it will be easier to monetize. So far, the social gaming company is doing an excellent job attracting new users. That said, it will need to continue figuring ways to earn money from users to turn a profit.

With this in mind, as 3rd parties contribute most of the content, it should help improve margins going forward. It only takes one hit game for the platform to blow up. For example, Epic Games Fortnite, one of the most popular free-to-play interactive games, generated $5.1 billion in revenue in 2020.

But Roblox can take it a step further with management’s background in physics and education.

The growing +$800 billion Metaverse will have clear-cut winners and losers as companies fight for their piece of the next big tech revolution. Yet Roblox is already doing more than most with a functioning platform and +55 million daily users.

As the company invests in improving its platform, it will cost R&D dollars. As the platform improves, it will also offer more value with a more immersive experience.

Roblox has the right business model and team to play a major role in the Metaverse. This year, investors will closely watch the company’s growth as it enters a critical phase. If the company can continue attracting new users while keeping existing users engaged, it will be a good sign for its future.

On the other hand, if growth slows any more, we see what can happen with Roblox stock. Expectations are high for the social gaming company with huge market potential. When the company fails to meet those expectations, investors will look elsewhere.

All things considered, Roblox stock is a high-risk, high-reward play. At all-time low prices, the next quarter will be critical in either soothing investor fears or stoking the fire further.