At least one investor in Rocket Bunny crypto has had an extremely good run… even if it is probably short-lived. The news of the first crypto trillionaire sent folks scurrying to Google to try to figure out where to buy Rocket Bunny. And we’ll point you in the right direction below. But don’t get your hopes up on replicating this feat. 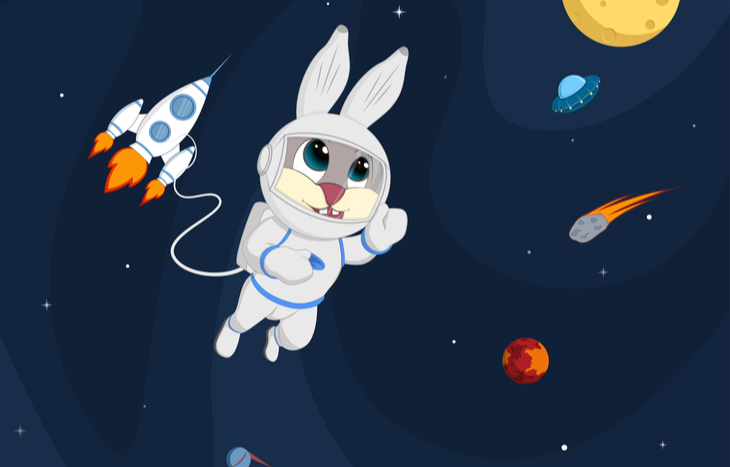 A crypto investor in Georgia who says he’s been dabbling in trading for a little while managed to turn a meager $20 into a whole lot more. Thirteen figures to be exact.

In what should have been an otherwise uneventful morning, the nursing student woke up as the richest man in the world. Well, at least according to his wallet. And it didn’t take long for him to start planning the creative ways he was going to spend it.

I’m gonna need someone to explain what the heck is going on and then write me a check. I got a mega yacht shaped like a penguin on standby. #cryptotrillionaire @RocketBunny2021 @coinbase @CoinbaseSupport @CoinbasePro pic.twitter.com/dyxKvx11WS

However, as the saying goes, not all that glitters is gold. And in this case, it’s pretty safe to say his crypto wallet is filled to the brim with digital pyrite. But that doesn’t make it any less of an interesting story. Plus, we kind of hope he is able to somehow realize his dream of a penguin-shaped yacht from all of this.

When Christopher Williamson woke up and saw the ridiculous amount of money in his Coinbase wallet, his first thought was to cash out. Hodlers be damned.

However, transferring his newfound fortune to a different wallet wasn’t working right. Which makes sense. The value of Rocket Bunny crypto didn’t suddenly rocket to the moon. When he tried transfer it out of his Coinbase wallet into the new wallet, it didn’t reflect his Jeff Bezos-dwarfing fortune. But that didn’t stop his trillions from compounding.

At last check, the contents of his wallet ballooned to more than $160 trillion. That’s not just buy-a-football-team money. That’s buy-the-NFL-and-make-all-the-players-wear-tutus money. But it’s safe to say Williamson isn’t going to get that chance.

The official line from Coinbase to Williamson was that it was aware of the display error and a fix was coming. And unfortunately for Williamson, trading his Rocket Bunny crypto would reflect the actual current market value. And at last check, Rocket Bunny is trading for only around $0.000000000034. So, safe to say the penguin-shaped yacht plans have been scrapped.

While Rocket Bunny crypto hasn’t actually minted the world’s first trillionaire, the attention it’s getting has spawned an interesting turn of events. There’s now a petition on Change.org to get Rocket Bunny listed on Coinbase. We don’t really think that’s how listings become reality. But good luck anyway.

That being said, the team behind Rocket Bunny does have a legitimate grievance. The display error potentially confused and damaged Rocket Bunny’s mission and image. And in the process, several people – including Williamson – have been locked out of their Coinbase accounts. The Rocket Bunny solution is for Coinbase to list its token on the platform with the proper value. We’re holding our collective breath.

Is Now the Time to Buy?

The media frenzy around the big snafu has no doubt lifted Rocket Bunny crypto’s name recognition. But it hasn’t done much for its value. The token has been on a steady decline in recent months. But so have most cryptos on the market. But the troubling part is that the news cycle hasn’t done anything to boost Rocket Bunny’s value. In fact, it’s down more than 25% since the debacle began.

But if you’re looking for the dip to buy, this could be it. However, that’s extremely speculative. Most of the tokenomics are fairly straightforward. But with a max supply of 777 quadrillion, there’s really only so high Rocket Bunny crypto can rise. The chance of Rocket Bunny crypto turning into the next big token is extremely unlikely. But that’s not to say there won’t be opportunities for investors to make money from it going forward. Just don’t expect to turn $20 into a trillion anytime soon.

It’s easy to see how the Coinbase display error definitely could have put a dent in Rocket Bunny crypto’s reputation. But now Coinbase has some damage control of its own to address. It’s doubtful this will be as destructive as what happened to Titan crypto. And it could very well lead more folks to take a good look at $BUNNY. In fact, anyone who wants to take that gamble can head over to Uniswap and trade some of their crypto for Rocket Bunny right here.

Before jumping in to try to become the next overnight crypto trillionaire, remember to base all investment decisions on your own research and due diligence. There is a wide world of investment opportunities to be explored…