What Is a Rug Pull: The Anatomy of Crypto Rip-off

Crypto scams come in a variety of variations. But possibly, the most famous is the dreaded rug pull. In this article, we’ll explain what a rug pull is as well as how to try avoiding them. 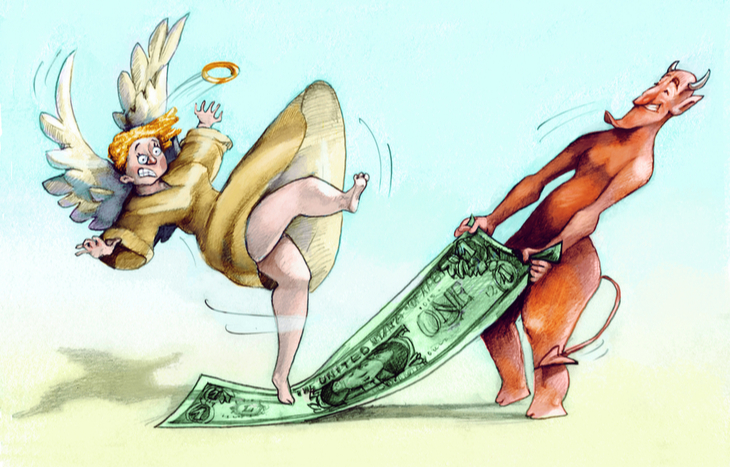 Let’s start with a basic explanation of what a rug pull consists of. These are essentially projects where the development team drums up interest in the token they created… Only to abandon the project after enough outside investment dollars have poured in. Then the team cashes out and disappears with the funds raised. And in the end, investors are left with an asset that holds no value.

That being said, there a couple of variations on the theme of a rug pull…

One of the more recent (and infamous) examples is a rug pull by way of limiting sell orders. This was how the developers of the Squid Game token made off with millions from would-be investors.

In this case, the Squid token was marketed as a play-to-earn token inspired by the Netflix series Squid Game. The idea being that investors would be able to buy tokens now in order to play a forthcoming game based on the show. Interest was rampant. And shortly after more than 40,000 investors drove the price above $2,500 a token, the team behind it pulled the plug and made off like bandits.

This was achieved by coding an anti-selling mechanism into the token. At the time, it could have been seen as innocent. The thought being that the developers didn’t want to have the price driven down by a lot of selling before the game was released. But in the end, that was clearly not the case. The token all but vanished. And investors lost just about everything they invested.

No. 2 The Liquidity Steal

In order for a coin listed on a major crypto exchange like Coinbase or Crypto.com, the token has to have enough liquidity. All this boils down to is there has to be enough tokens available so that a number of them can be bought or sold without having an impact on the market price. The more stable an asset value is amidst buying or selling, the more liquidity it has. And vice versa.

Because most centralized exchanges require a certain amount of liquidity before listing a token, they’re usually immune to liquidity steals. Decentralized exchanges (DEX) are a different story though. Because there is little to no oversight on how much liquidity is provided for any given token, traders of new coins on these types of exchanges take on a bit more risk.

Let’s say some new token shows up. It’s getting a lot of attention on Reddit. A couple of popular YouTubers talk it up. And it’s got an active presence on Telegram and Twitter. But the only place to pick up one of these new tokens is on a decentralized exchange. While that doesn’t mean it’s a rug pull in and of itself, it should give pause.

Further Variations of a Rug Pull

In addition to limit sells and liquidity steals, there are also your run-of-the-mill pump-and-dump schemes. This is when the creators of a token hold onto a large supply of it. When the price goes up, they dump the amount they hold, cash out and head off on a years-long vacation.

There are also traditional Ponzi schemes that can happen in crypto markets. While these aren’t traditional rug pulls, they are something to look out for. One of the most famous examples was OneCoin.

OneCoin wasn’t even an actual cryptocurrency – though it was marketed as such. It was actually a centralized “currency” host on OneCoin’s servers. There was no blockchain model. It was never traded. And it couldn’t even be used to buy anything. There was no payment system for it. But in the end, the creators of this were able to part an estimated $4 billion from investors.

The Bottom Line on Rug Pulls

To sum things up, there’s still a lot to be wary about in the crypto world. Rug pulls are just one of many. The lack of regulations in the crypto world are both a blessing and a curse. Much of the impetus behind crypto was to avoid traditional banking. This lack of oversight has led to a lot of fraudulent behavior.

For context, rug pulls stole an estimated $2.8 billion from investors in 2021. However, a record $30 billion of investor dollars poured into crypto markets in 2021. So fraudulent activities make up a small portion of actual trading. Nonetheless, it’s something to be mindful of.

So at the very least, the next time you hear about the latest and greatest “moonshot” debuting on a DEX, you’re best off not trusting your gut… Or strangers on the internet.

Here are a couple of rules of thumb we use to avoid crypto scams:

There will always be a new round of clever crooks. They’ll come up with news ways to get rookie investors to part with their money. And yes, some of these activities are indeed illegal. But the decentralized nature of DeFi makes it very difficult to track down and prosecute crypto crooks. And this is likely to be the case for the coming future… Whether it’s a rug pull or some new-fangled way to rip off crypto investors.

Before you decide to jump into a new investment, try out our crypto calculator. If the projected returns sound too good to be true, they just might be. There are many investment opportunities to consider today…