Many investors are looking for Russian stocks to watch amid the Russian-Ukraine crisis. The fact that most Russian stocks have been halted is no secret. And neither is Russia’s attack on Ukraine. Trading Russian stocks across many industries is being dumped. And, the volatile downturn has set off many trading halts in the U.S.

In fact, the Moscow stock exchange closed on February 25. And, it’s been closed for over a week. Plus, many companies are boycotting Russian-imported goods and services. Even Shell announced they purchased Russian oil and now regret it. And part of that announcement included saying they aren’t buying from Russia anymore.

This will likely keep our oil consumption within the States. Or, we’ll at least begin purchasing oil from our next-door neighbors, Canada, and Mexico. And that’s driving the price higher for oil. Which is great for investors.

The Russian economy is sagging like crazy. And this presents some unique opportunities. Halted stocks will likely open incredibly low. But, you can’t trade them now because, you know, trades are halted. But, you can keep your eye on them. Put a system in place to alert yourself when they open again.

But, no matter what you do, make sure you understand how it all works together. Let’s take a look at some of the best Russian stocks to watch. 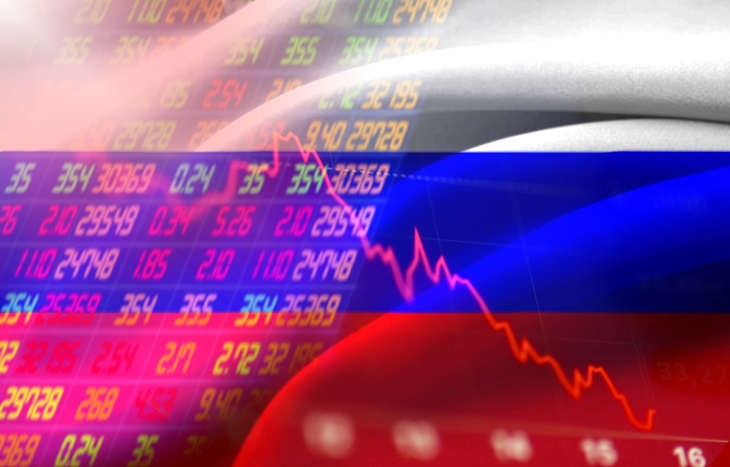 This Russian stock offers financial services and banking. Its website is not working, which is interesting. But, that could be attributed to any number of factors. Especially considering the upheaval of the Russian economy.

It has a long history of money laundering and other shenanigans. But, despite this, there are many branches around Russia. Banks are likely to be impacted the most. And, many of them may even shut down because of the collapse.

One thing Russia has in excess is its natural resources. Lots of land equals lots of oil and gas. Gazprom is a Russian stock that holds the title of being the largest natural gas company in the world. And, that makes sense. In 2019, they reported making $120 billion over the life of the company.

Its dividend yield is phenomenal. But, that could change any time. Since there are more companies refusing to buy oil from Russia, Gazprom doesn’t have a great outlook. But, it’s probable the company will shut down operations and sit tight for some time.

Nornickel is a Russian stock that mines and produces nickel. But, it also mines for and produces a long list of other materials. Such as gold, copper and sulfur. Recently, Nornickel has established a relocation and development program. That’s because there are indigenous people who live on the land that Nornickel wants to mine. But, the company met with them, and took a vote. And the consensus was to relocate.

Keep reading for more info on Russian stocks to watch.

Investing in the Exchange itself is one way to go. The Moscow Stock Exchange is full of Russian stocks. But they’ve been shut down for over a week so far. Things are up in the air right now, too. There is no telling what could or will happen.

Likely, it will recover over time. But, that’s no guarantee either. Some may be able to realize gains from the Moscow exchange. And those traders may even thrive from its ill fortune.

The years of 2020 through 2022 have been rough on this Russian stock. It went from peacefully rising from a long bear. Then, it saw some volatility. But, it was beginning to healthfully recover. Now, its price has dropped off the face of the Earth. Much like the other Russian stocks on this list.

This natural gas and oil company handles all areas of the production process. From exploration and mining, all the way to sales and export. Rosneft also deals with many different types of petroleum products.

Lukoil has a fat dividend rate. And, this Russian stock has made a point to raise dividends regularly. They’ve done it for the life of the company. Now, amid all this chaos? The company pledged to pay at least 100% of its free cash flow. And they’re doing that in the form of dividend payouts to shareholders.

If any of these companies on this list of Russian stocks to watch are most likely to thrive after this is over, it’s Lukoil.

This Russian stock is the second largest oil and gas company in Russia. And, Novatek’s dividends reflect that. But, looking forward, we are seeing a collapse of Russian oil companies. And the best they can do is hang on and wait for better times.

This Russian stock is the second-largest lender in the country. But, it’s now pulling out of Europe. Why? Because its assets have been frozen in western-allied countries. Russian banks had a plan to become established on a global scale. But, since it annexed Crimea in 2014, that plan was severely impaired. Because the company was supervised by sanctions imposed on them. Now, VTB Bank can only do business within Russia.

As the second largest aluminum business in the world, this Russian stock didn’t close on a terrible price. Yes, stock dived a bit. But, not by too much, considering the circumstances. And, its edge may become its parachute in this mess.

Rusal seems to focus on making its products Earth friendly. And, they’re one of the founders of the Climate Partnership of Russia. So, that further fortifies their reputation. Another thing that’s interesting, Rusal owns 27.8% of Nornickel’s stock.

The shut-downs of Russian stock are going deep. Even Magnit, a food retailer is feeling the effects. The company also owns several different brands and retail chains. Areas like pharmacy, cosmetics and family stores are managed by Magnit.

It’s rough right now. Tensions are high in many countries. Inflation is having its way with the global economy. Russia’s attack on Ukraine continues. And for investors, it’s not only a battle for the best knowledge. It’s also a battle of conscience. And anything could happen. If you choose to invest or somehow profit from these Russian stocks, know that it is very risky.

Politics not only have an influence on stocks and the market; they directly control them.