Is Facebook Stock a Buy Even With Slowing User Growth?

Earnings seasons is always a bit of a rollercoaster. However, this past earnings season has been particularly wild. This is mainly because tech giants like PayPal, Amazon and Facebook were all over the place. Meta Platforms experienced the largest single-day loss by a company ever. Facebook stock mainly plummeted on reports of slowing user growth.

In one week, Amazon experienced the largest single-day gain by a company ever. Now, investors are faced with a tough question. Is this the beginning of the end for Facebook stock? Or is it the perfect time to double down on this serial compounder? Let’s take a look! 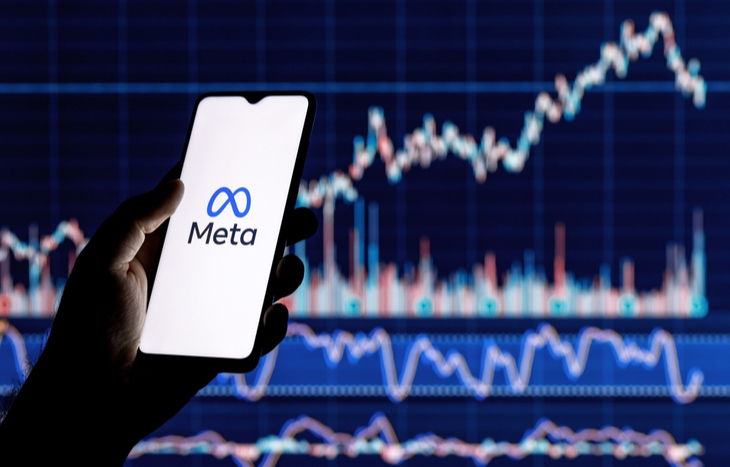 What does Meta do?

Meta recently made headlines after experiencing the biggest single-day stock drop in history. This news came after Meta announced its FY 2021 earnings. Following the report, the Facebook stock dropped approximately 25%. Here are a few of the biggest takeaways:

Meta blamed these numbers on two main factors. First, rising inflation and supply chain issues have hit companies of all sizes. This reduces many companies budgets for buying ads. In turn, this hurts Facebook’s revenue. On top of that, Apple announced a new App Tracking Transparency feature. This feature gives users have more control over how apps track their personal data.

Unsurprisingly, many users opted for increased privacy. This makes it harder for Meta to sell targeted ads. Investors have known about this update for awhile. However, this was the first time that Facebook assigned a dollar amount to it. In 2022, this privacy update could cost Facebook about $10 billion in lost revenue. Even for Facebook, that’s a lot of money.

So, what does all this mean for Facebook stock? Let’s examine a few of the pros and cons of investing in Facebook.

At the end of the day, Facebook still posted annual revenue of $118 billion. A yearly increase of 37%. It also posted a net income of nearly $40 billion, up 35%. Usually, numbers like this would send a stock soaring. It’s very clear evidence that Facebook’s business is still alive and thriving. Additionally, across its portfolio of apps, Facebook reaches billions of users. It feels a little bit like investor are obsessing over the negative aspects of Facebook report.

Facebook is a very polarizing company. Lots of people dislike the company for exploiting user data. On top of that, many people find the CEO unlikeable. Facebook is known to influence elections, hurt mental health and spread disinformation. The general consensus is that the world would be better off without it. Due to this, tons of people are actively rooting for Facebook to fail. Now, that Facebook’s user base shrunk, Facebook bears are sinking their teeth into it. They want this to be the first domino in Facebook’s demise. This could create a dangerous herd mentality.

In reality, Facebook still has billions of users. Apart from last year, Facebook has grown its user base every year for 17 years. Honestly, at this point, Facebook doesn’t even need to grow. If user engagement is sustained, then it can just continue with business as usual. A yearly net income of $40 billion is more profit than Amazon made last year. It’s plenty of gas for Facebook to chase its metaverse dreams.

While investors are out to get it, Meta is focused on the future. It has already begun the transition to becoming a metaverse company. It did the same thing with mobile in 2012. To achieve this transition, its got billions of dollars in free cash flow and teams of talented engineers.

Basically, Zuckerberg has billions of dollars to chase whatever vision he wants. For this reason, it might be a rare opportunity to bet against the herd and buy Facebook stock.

But what about some of the downsides of buying Facebook stock?

Facebook relies heavily on network effects. “Network effects” mean that Facebook is only valuable if other people use it. Every user that leaves the platform makes it less valuable to existing users. This is why slowing user growth is such a big deal. It could be the first domino that sets off a chain reaction. Network effects were what caused Facebook to grow so big so quickly. However, the reverse could happen just as fast.

The other major problem is that Facebook’s revenue is completely undiversified. The overwhelming bulk comes from selling ads. It is also being attacked from all angles. For example, TikTok, Apple’s new privacy policy, slowing user growth, and Congressional committees. It’s easy to imagine a five-year period where these factors start to catch up with Facebook. Then, when the end comes, it comes quickly.

User numbers could start to shrink drastically each quarter. Advertisers re-allocate budgets to TikTok, Snapchat, influencers, or other mediums. It’s core business could fall off quickly.

Meanwhile, there’s the elephant in the room. Facebook is staking its entire future on a concept that doesn’t exist.

In 2012, Facebook’s transition to mobile made sense. Hundreds of millions of people already owned smartphones. Mobile phones were also a small transition from desktops. Now, Facebook is betting everthing on technology that is still a few years way (at least). This could not bode well for shareholders of Facebook stock.

With the metaverse, there are two major risk factors. The first is that it will take too long for the technology to be available. Facebook already makes Oculus VR headsets. However, they are still a little clunky. Creating visionary technology isn’t like meeting a sales target. It’s not something you can slap a deadline on and there is no telling when this product will be consumer-ready.

The second question is a huge one that most companies are forgetting to ask. Do consumers even want the metaverse? The concept of the metaverse sounds cool. But does it actually come with any major tangible benefits?

The main problem is that the metaverse is still so ill-defined. It’s a collection of digital worlds. It’ll let you shop in virtual reality, sit in VR meetings and go to digital concerts. At first, these things will be cool becasue they’re so new. However, in the long-term, is a digital concert better than a real one? Three of your five senses don’t translate into the metaverse, so probably not. Are virtual meetings going to increase worker efficiency? Does hanging at a virtual beach get your more tan than a real one?

It’s entirely possible that the metaverse finally arrives and consumers just ignore it. If that happens, you probably won’t want to be holding Facebook stock.

I hope that you’ve found this Facebook stock forecast to be valuable! As usual, please base all investment decisions on your own due diligence and risk tolerance.