Solid-State Battery Stocks to Charge Up Your Portfolio

That’s not saying there aren’t challenges associated with solid-state batteries. Scaling up production is difficult, and that is one reason we haven’t seen them widely used yet. For instance, Toyota plans to introduce solid-state-powered vehicles in 2025. Plus, the cost of these batteries remains high, with current estimates up to $800/kWh.

So, investing in solid-state battery companies now is a bet on the future. If that future becomes a reality, these batteries have the potential to revolutionize an industry that is already revolutionary.

Here are the best solid-state battery stocks to invest in today: 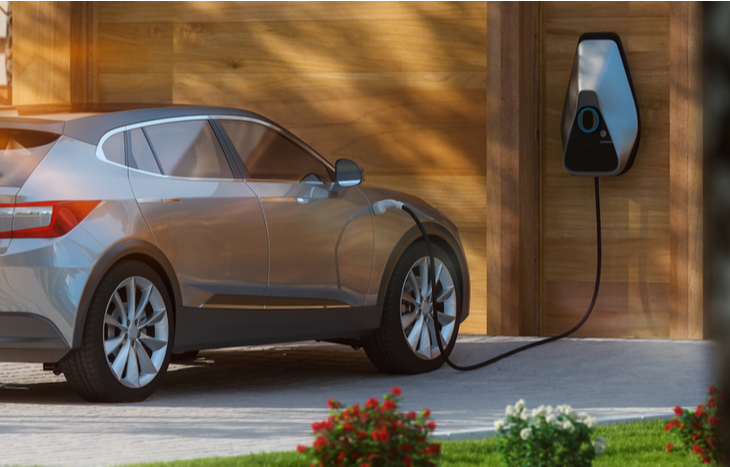 Now that we’ve laid out which are the best solid-state battery companies, let’s take a closer look.

QuantumScape is one of the leading solid-state battery tech stocks today. The company is currently developing lithium-metal cells capable of retaining more than 90% of their life over 1,000 charge cycles. That could mean just a 10% loss of life after roughly 500,000 miles. Further affirming the legitimacy of its technology, QuantumScape received a $300 million investment from Volkswagen and was backed by Bill Gates in its IPO.

QuantumScape was founded in 2010 and is based in San Jose, California. It went public in late 2020 and currently has a market cap of over $4.8 billion. Currently, its stock has an earnings-per-share (EPS) of -$0.55 with no revenue posted yet. Unsurprisingly, its share price has remained mostly flat after an initial IPO spike. This isn’t surprising as its batteries won’t appear in production vehicles until 2024 at the earliest. Still, this solid-state battery company is impressive and it has the data to back up its statements.

You probably think of Samsung as a phone and TV manufacturer and less about batteries. Still, batteries are central to making some of those devices work. And Samsung has gotten onboard the solid-state EV battery train. In its March 2020 announcement, Samsung said it was able to increase battery energy density to 900Wh/L. Thus, allowing its prototype to be 50% smaller than conventional lithium-ion batteries. That includes about a 500-mile range and more than 1,000 charge cycles.

Because SSNLF trades over-the-counter, data for the stock is not as robust as other stocks. However, this is a huge company with a market cap over ₩390 trillion. It also has a forward dividend yield of about 2.4% with an EPS of ₩1,640. Its revenue for Q2 2022 was ₩77.8 trillion compared to ₩63.7 trillion last year. While this isn’t the most pure-play solid-state battery stock, it still has the potential to lead the way with this developing tech.

Toyota made headlines recently after announcing its first EV that will be available nationwide. It also owns by far the most solid-state battery patents of any company as of 2018. In fact, it has over five times as many solid-state patents as Samsung, the next-largest holder. So, Toyota has big intentions for being one of the top solid-state battery companies. In fact, Toyota’s solid-state batteries may be able to go from empty to full in as little as 10 minutes.

Of course, Toyota is another solid-state battery stock company whose business model is more than just batteries. As such, its market cap is just under $195 billion. Its stock has a P/E ratio close to 10 and investors can also collect a dividend. Its share price is up more than 20% from the start of the pandemic. With the rollout of its first widely available EV, this strong trend is likely to continue.

Panasonic currently has a market cap of just under $20 billion. Its stock has a P/E ratio close to 10, with an $0.80 EPS. Forecasts expect the stock to rise, making it a great addition to your list of solid-state battery stocks to invest in. Its Q2 2022 earnings report shows revenue of ¥1.97 trillion (about $15 billion), up 10% from last year. Although its net income and net profit margin were both down year-over-year for Q2.

These solid-state battery stocks have the potential to revolutionize the electric vehicle industry. The benefits of these batteries could improve areas of concern for consumers, such as range and charging time. As a result, several automakers and engineering firms are engaging in research and development of solid-state batteries.

Still, we likely won’t see vehicles using these batteries on the road until at least 2025. In addition, manufacturing is difficult, and the cost per kilowatt-hour (kWh) remains high. Making an investment in these solid-state battery companies right now a bet on the future. It would be a vote of confidence that solid-state batteries will revolutionize the industry as promised.