The United States landing on the moon in 1969 was one of the most exciting times in human history. Since then, the space industry has been relatively stagnant with few other major breakthroughs. That’s all changed in recent years, however, as a slew of new companies have launched into the space race.

If you’re like me, you know that the space industry will be huge but aren’t quite sure how to take advantage. To help, I’ve done some research on a few of the best stocks in the space industry. These space stocks could give your portfolio the boost it needs. 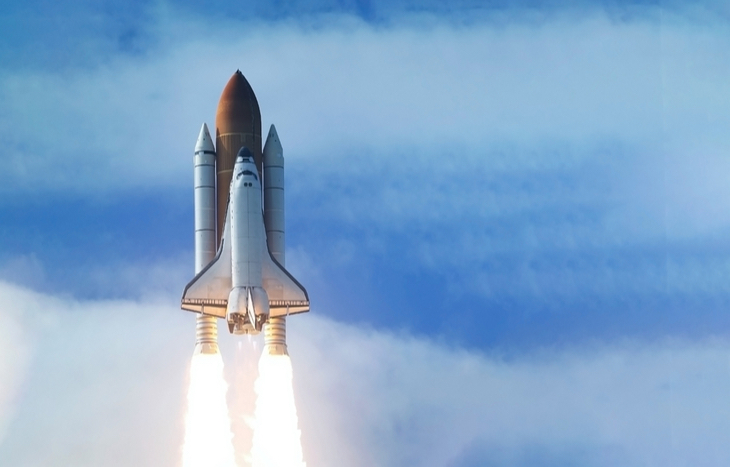 NOTE: I’m not a financial advisor and am just offering information and commentary. Please do your own due diligence before making any investment decisions.

How to Invest in Space Stocks

An important step to take before investing in any space stocks, make sure you understand how the companies make money. For most companies, this is incredibly straightforward. For example, Starbucks makes money by selling coffee. And here are some of the top coffee stocks. Yet, while most people drink coffee every day, almost nobody launches a rocket every day.

One thing that’s important to note is that there are a few ways that space companies can make money:

Most space companies that usually come to mind make their money by building parts for rockets and selling them to NASA. For reference, NASA’s budget is approximately $24 billion for 2022.

Traditionally, space exploration has mainly been handled by the government. Today, a lot of the companies involved in spaceflight are privately owned. This means that they don’t have stock available for the public to buy. This is true for Elon Musk’s SpaceX as well as Jeff Bezos’ Blue Origin.

Luckily, there are still a few public space stocks that you can invest in.

I’ve lumped Lockheed Martin (NYSE: LMT), Boeing (NYSE: BA), and Northrop Grumman (NYSE: NOC) together for the sake of this article. These companies build rockets, satellites and other things that go into space. Many of the players in the space industry are young and unproven. However, these three space stocks have been winning government contracts for years. They also have operations outside of space-related activities. This means that they won’t be crushed if one rocket launch fails to get into orbit.

For example, remember that NASA has a budget of about $24 billion in 2022. For reference, Boeing reported over $62 billion in revenue in 2021. Even if NASA paid Boeing 100% of the open contracts, it would still be a small slice of Boeing’s total revenue.

Over the past five years:

While these companies are better classified as defense contractors, they’re still a good way to get exposure into the space industry. And with these top space stocks you also benefit from their diversification in other industries.

Remember when I said that space stocks and companies make money in different ways? Well, Virgin Galactic Holdings (NYSE: SPCE) doesn’t want anything to do with NASA contracts. Instead, it’s one of the world’s only space tourism companies. In other words, it flies wealthy people into space.

Virgin Galactic went public via a SPAC merger with Social Capital Hedosophia in 2019. As far as actual revenue, it reported just $3.3 million and $353 million in losses in 2021.

The company recently made headlines after announcing plans to sell tickets to the public with reservations opening in February 2022. There are 1,000 tickets available. Here’s the catch: tickets cost a staggering $450,000. Potential flyers can hold a spot with a $150,000 deposit and pay the rest at the time of the flight.

However, while $450,000 per ticket may seem lofty, remember that there are about 20 million millionaires in the United States. There are also 788 billionaires. $450k is just another car to people with that type of wealth. On the other hand, going to space is a once-in-a-lifetime event.

Right now, Virgin Galactic is cornering the space tourism industry. If going into space starts to become mainstream, it’s likely that it will become profitable.

NOTE: I own a very small position in Rocket Lab.

There are just a few companies that have continuously launched rockets into space successfully. SpaceX is one and Rocket Lab (NYSE:RKLB) is the other.

Racket Lab has a proven track record of successful launches. When launches go badly, it can be catastrophic. An unsuccessful launch can result in a loss of time, money and even human life.

Rocket Lab has proven that it’s one of the only companies capable of launching a rocket successfully. In total, it’s had over 25 launches including four in 2022. As the need to launch things into space grows, Rocket Lab will be in a good position to reliably provide this service.

If you don’t want the pressure of having to pick just one space stock then you should consider the Procure Space ETF.

If you’re not familiar, an exchange-traded fund (ETF) is a fund that can hold many different stocks. Imagine that you’re at the grocery store buying chips for your friend’s party. You don’t know what flavor of chip they like so you don’t want to buy a 24-pack of any one flavor. Instead, you buy a variety pack, which has three bags of eight different flavors. ETFs take this same concept and apply it to stocks.

Instead of owning just one stock like Google or Amazon, you could own a fund that tracks the S&P 500 or stocks from a specific industry. The Procure Space ETF (Nasdaq: UFO) has done this specifically with space stocks.

There you have it! Those are just a few of the different space stocks that you could invest in. Remember, at the end of the day, which ones you decide to buy will always be a personal decision.

Remember to do your own research before investing in space stocks. With any investment, returns are never guaranteed and you should stay aware of the risks.