The Starlink IPO is one of the most anticipated public debuts on the market. CEO Elon Musk announced the company plans to go public in the future.

So, when can investors expect Starlink stock? Here are the latest updates…

Starlink IPO: About the Business 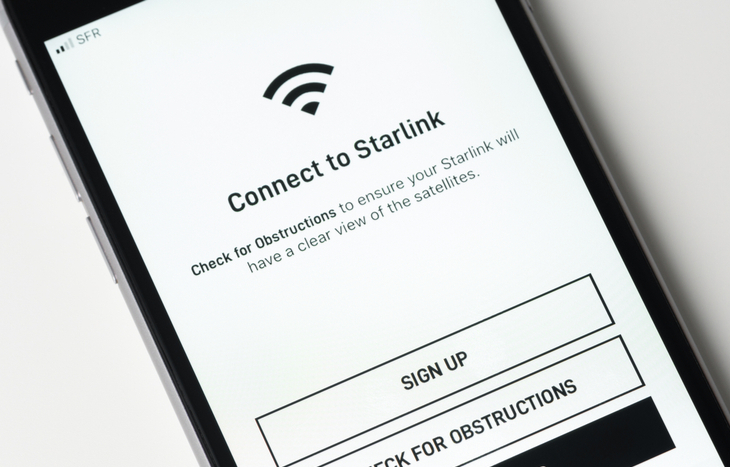 Starlink is a satellite internet constellation operated by Elon Musk’s SpaceX.  It provides broadband-level internet access. Starlink aims to make internet access available to everyone, regardless of where they are physically located.

The company’s goal is to connect to parts of the planet that are generally underserved. This includes rural and isolated areas.

Starlink satellites require an open view of the sky. But they don’t require ground structures. In a recent report, the company said…

SpaceX continues to innovate to accelerate space technologies, and we are currently providing much-needed internet connectivity to people all over the globe, including underserved and remote parts of the world, with our Starlink constellation.

Starlink has over 2,000 satellites in orbit right now. The company has clearance to launch up to 12,000 space crafts into orbit. But the company is taking it a step further. SpaceX recently filed paperwork with the International Telecommunication Union (ITU) for up to 30,000 additional Starlink satellites. With the ramp-up in satellites, investors might find the Starlink IPO to be an interesting prospect.

Starlink came out of its beta testing in October 2021. The company currently has over 750,000 orders worldwide for Starlink’s satellite internet. But if you’re interested in the service, it could take a while. The company is facing a massive backlog of customers. Waiting for service is likely to push all the way into 2023. This also may delay Starlink stock.

To see if Starlink offers service in your area, you can go to its website. Starlink’s homepage features an order form for pre-orders. The service costs only $99 a month.

But the actual cost upfront is $600. In addition to the monthly payment, this upfront cost includes a one-time $499 fee for a Starlink kit. This kit includes…

Starlink users can expect data speeds varying between 100 and 200 megabytes per second. And download speeds can be as low as 20 milliseconds in most locations. Furthermore, the company plans to continue improving the system. The company is the only satellite operator with the ability to launch its satellites as needed. On top of this, Starlink’s frequent, low-cost launches will help to constantly update the service with the newest technology.

Starlink plans to have 42,000 satellites in orbit by mid-2027. However, this could come much sooner if the company gets approval to launch up to 30,000 additional satellites. As Starlink proves to be efficient in emergencies, this is becoming increasingly likely.

The Russian invasion of Ukraine has raised fears that Ukraine’s internet access may be cut off. This could happen from cyberattacks or the destruction of the country’s internet infrastructure. Following months of fighting, internet connection in Ukraine has fallen to below 20% of normal levels. And there are fears that the situation could worsen, making it hard for Ukrainians to contact loved ones.

@elonmusk, while you try to colonize Mars — Russia try to occupy Ukraine! While your rockets successfully land from space — Russian rockets attack Ukrainian civil people! We ask you to provide Ukraine with Starlink stations and to address sane Russians to stand.

Ukraine received the shipment of Starlink terminals less than 48 hours after Musk’s promise. Furthermore, a Starlink IPO is gaining attention as the company is proving itself to be an ideal service in warzones, disaster situations and other hard-to-reach areas.

In February, Elon Musk announced that Starlink now has more than 250,000 users in 25 countries around the world.

The figure is 100,000 more than it reported in August 2021. At this time, it’s unknown if Musk is referring to paying customers or the number of terminals built so far. However, it signals substantial growth for the company.

Moreover, Starlink’s growing customer base suggests the company could be raking in over $25 million a month. However, Musk predicted the company could bring in $50 billion annually if it’s able to secure a solid percentage of the global telecommunications market. Although that seems far-fetched, there is still plenty of time for that to happen before Starlink stock is offered. In the meantime, let’s look at the finances…

In October, SpaceX made an agreement with new and existing investors to sell up to $755 million in stock from insiders at $560 a share. As a result, SpaceX’s valuation soared beyond $100 billion following the share sale.

Industry analysts attribute much of this to the market potential of its Starlink service. Hence, investors should have high hopes for the Starlink IPO.

The company did not raise new capital at this time, sources said. Furthermore, the purchase offer represents a secondary sale of existing shares.

SpaceX raised nearly $1.2 billion in February when it valued the company at $74 billion at $419.99 a share. Its new stock price, at $560 per share, represents an increase of 33% from the company’s previous valuation. According to many investors, the agreement hinted at a future where we can buy Starlink stock.

However, Starlink hasn’t yet released an official date, saying only that it will have an IPO “when its cash flow is more predictable.” Does this mean we can expect Starlink stock soon? Here’s the latest information on the Starlink IPO…

When Can Investors Expect the Starlink IPO?

Starlink hasn’t yet released an official date for an IPO. But CEO Elon Musk first announced plans for one in February 2020. But this could take several years, depending on the health of the space sector and the overall market.

There have been no official announcements for the Starlink IPO. The company has yet to file paperwork with the Securities and Exchange Commission (SEC) to begin the IPO process.

In early June, Elon Musk announced that a Starlink IPO will likely come in 2025 or 2026. Starlink stock will likely list on the New York Stock Exchange (NYSE) or Nasdaq exchange.

However, on February 9, 2021, Musk responded to a tweet directly asking if Starlink will soon go public. As a result, investors got the answer they’ve been looking for for the first time…

Once we can predict cash flow reasonably well, Starlink will IPO

It’s hard to predict when Starlink’s cash flows will balance out. Investor interest is growing for Starlink stock to come to market. But it could be as soon as next year. Following his decision, Musk followed up with two more tweets.

Starlink is a staggeringly difficult technical & economic endeavor. However, if we don’t fail, the cost to end users will improve every year.

Furthermore, at the time of the recent IPO announcement, CEO Musk stressed the importance of Starlink being “in a smooth sailing situation” with “good predictability” before it makes its public debut.

However, in a recent meeting with SpaceX employees Musk told them a Starlink IPO could be farther out than we thought. In an audio recording obtained by CNBC, he said Starlink stock isn’t likely to come for at least 3 or 4 years. But this will still be an exciting IPO to lookout for in the coming years.

Check back here for the latest updates on the Starlink IPO. In the meantime, if IPO investing interests you, check out our top recent IPOs and our IPO calendar. We update it regularly to give you the latest news on upcoming and filed IPOs.