Speculative Stocks: Is the Risk Worth the Reward?

In a broad sense, there are two types of stocks. On one hand, you’ve got investment-grade stocks. On the other are speculative stocks. And there’s a big difference between an investor and a speculator. 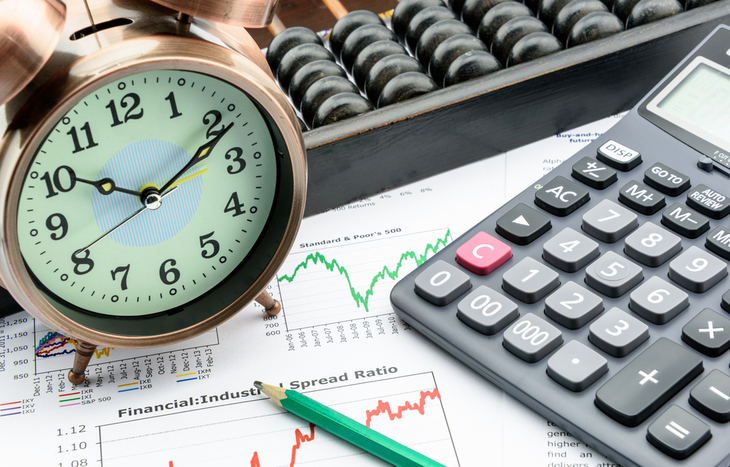 Benjamin Graham, in his foundational work on value investing, Security Analysis, wrote, “An investment operation is one which, upon thorough analysis promises safety of principal and an adequate return.”

Anything not meeting this amounts to buying speculative stocks. Now, Graham knew a thing or two about investing. He’s the father of fundamental analysis. His disciples included the likes of Irving Kahn, Sir John Templeton and Warren Buffett. He also managed to make a lot of money in the stock market… without taking big risks. So his words carries some weight.

Graham was a master of analysis and psychology. And he learned it the hard way. He lost a lot of money in the stock market crash of 1929. But in the process, he learned his lesson.

That experience made him the investor he was. When looking for investment-grade stocks, he had a simple plan to limit risk. He tended to invest in companies that were trading below their liquidation value. This is the total worth of a company’s physical assets if it were to go out of business.

After doing his homework, sometimes Graham would take a wait-and-see approach. This was to factor in irrational markets. This is where the psychology angle came into play. For an investor, the daily movements of a stock’s price are usually irrelevant. But they can bring opportunity.

When It’s Not Speculation

Here’s another quote from Graham to illustrate his use of psychology in investing: “In the short run, the market is a voting machine but in the long run, it is a weighing machine.”

The price of a stock is based on supply and demand. If more folks are selling than buying, the price tends to go down. If more people are looking to buy than sell, it tends to go up. And on any given day, this is impacted by all sorts of things…

News of the day can flip market sentiment and cause a widespread sell-off. Unconfirmed rumors can drive down interest in a company. Trends in a given sector can push down the price of a company’s shares. But what those things don’t always impact are a company’s fundamentals.

And Graham made a career of taking advantage of this.

When irrationality leads to a sell-off and a stock’s price is heedlessly driven down, it creates a buying opportunity. And a savvy investor can gobble up shares of a perfectly sound company at a discount.

That stock’s price might continue to ebb and flow with the market’s short-term swings. But in the long run, those intraday “votes” don’t amount to a hill of beans. Irrationality is outweighed by fundamentals. And the weighing machine will push a sound company’s stock price higher.

What this strategy boils down to is strong, evidence-based investing with minimal risk. In essence, it’s the opposite of a speculative stock.

Speculative Stocks in a Nutshell

Now that you know what a speculative stock isn’t, let’s explore what it is.

Anytime someone invests in a company without first researching it, that’s speculation. You’ve probably heard stories of folks who made a bunch of money based on a “gut feeling.” They just felt like the company was about to break out. In other words, they got lucky.

Speculative stocks are more of a gamble. But to be fair, they do get the attention of new and seasoned investors alike. And the reasons are pretty simple…

For starters, they can be cheap compared with blue chips. Some penny stocks or investments in emerging market stocks are perfect examples. Speculative stocks are also a whole lot more volatile. They might not have strong fundamentals at the moment. They might be competing in a saturated market. Or they might have an unsustainable business model.

Despite any or all of these things, investors can still take a shine to them. Because if they manage to right the ship and breakout, investors will be handsomely rewarded. But there’s also a big chance they fail.

Now, on to the million-dollar question…

Are Speculative Stocks Worth the Risk?

For the “go big or go home” investor, speculative stocks certainly can be. Imagine having invested in Concur while it languished as a penny stock for years after the dot-com crash. Shares traded as low as $0.31 at one point.

Investors who managed to hold onto shares of Concur through its tumultuous years reaped some serious rewards. The company was acquired in 2014 by SAP SE (NYSE: SAP) for $8.3 billion. And the per-share purchase price was a whopping $129. Speculators who got onboard at the low would have seen a 41,512% profit.

But for every Concur, there are plenty of AltaVistas, Healtheons and Liquid Audios that go belly up. In fact, an estimated 70% of businesses fail within their first 10 years of existence. To put that in perspective, more than half of the dot-com companies founded since 1996 didn’t survive 10 years.

When it comes to speculative stocks, it really depends on your personal risk tolerance. If you’ve got a little money to burn and one of those gut feelings, have at it.

But if you’re a new investor who’s just getting started, we’ll leave you with one more Benjamin Graham quote on speculation: “If you want to try your luck at it, put aside a portion – the smaller the better – of your capital in a separate fund for this purpose.”

The Bottom Line on Speculative Stocks

Investors have gotten rich playing the stock market for as long as it’s existed. But even more have taken a bath. When it comes to speculative stocks, it really comes down to whether you’d rather be lucky or good.

But the beauty is the stock market presents a variety of investment opportunities. So with a little bit of capital and a brokerage account, you can try your hand at both. But in the process, we highly recommend putting a trailing stop in place to protect some of your capital. It’s the best way we know of to prevent an unacceptable loss while trading speculative stocks.