Spend, Consumer, Spend: Why the Government Doesn’t Want You to Have Cash

I’m not a conspiracy theorist.

I don’t believe the U.S. government allowed 9/11 to happen. I do believe American astronauts landed on the moon. And President Obama was born in the United States.

That being said, it’s very clear that the U.S. government does not want you to hang on to your cash.

Remember one of the first things President Bush said after the 9/11 attacks? Keep your faith in the American economy. In other words, spend your money (he never actually said “go shopping”).

Consumer spending makes up roughly 70% of the economy, so despite both parties repeating pabulum about engaging in fiscal responsibility, the government always wants you to spend, spend, spend.

That’s because of the multiplier effect. If you spend money, the business that receives it may go out and buy supplies, expand, or hire new employees. The supplier now has more dollars to do the same, and so on and so on. And of course, tax revenue is created every step of the way. You pay sales tax on an item, the business pays a corporate tax, a newly hired employee pays income tax…

But some people are just darn stubborn and won’t spend. They insist on saving. Well, the government is going to make sure that that money isn’t squirreled away in some bank. By keeping interest rates at record lows and with another round of quantitative easing all but guaranteeing those rates will stay low for a while longer, Uncle Sam is making sure you put that money to work somewhere.

You can’t afford to keep it in the bank. The average interest rate on a money market account is 0.49%. If you want a little extra yield, you can lock up your money for one year in a CD for a whopping 1% if you’re very lucky. Or maybe as much as 1.3% for a three-year CD.

Unless you have so much money that you can lose buying power every year and still be set for life, 1.3% isn’t going to cut it.

It encourages businesses and homeowners to borrow money, which helps propel the economy. Or, it forces individuals to either invest their money in the public markets or take a risk by funding a business.

If it’s the latter, again, that obviously helps generate economic activity, especially if the business hires some employees.

But I’m going to concentrate on the investment part. If investors have nowhere else to put their money, they’ll often invest in the bond market, which will keep interest rates low (as bond prices go up, interest rates go down). Thus accomplishing the government’s goals. Finally, the rest of investors will buy stocks.

If more money is finding its way into stocks, then, theoretically, the market should rise, which is good for 401(k)s, sentiment, etc…

There’s an expression, “Don’t fight the Fed.” That means when the federal government is lowering interest rates, you should buy stocks and bonds. It’s difficult to make money going in the opposite direction of such a powerful force as the U.S. government. When the Fed is raising rates, you typically want to be a seller of those assets.

So with the Fed pledging to keep interest rates low for the foreseeable future, it’s as if they’re telling you that they don’t want you to put that money in the bank at 0.49%, but would rather have you spend it, start a business, or invest.

If you’re going to invest in stocks, look for Perpetual Dividend Raisers. These are stocks that raise their dividends every year. First of all, you’ll get several times the amount of income as you’ll get putting the money in the bank or a CD. You can find many high-quality stocks with 3.5% to 4% dividend yields. Furthermore, as these companies increase their dividends each year, you’ll stay ahead of inflation, even when the Fed starts to raise rates.

Look at stocks like Intel (Nasdaq: INTC), which sports a 3.7% yield and is the leading chip maker in the world. Suffering through a slight slump right now, it’s an opportunity to get in on one of the world’s dominant brands at a ridiculously low 10 times earnings.

The company has been raising its dividend by an average of 14% per year over the past five years. It kind of reminds me of a Coca-Cola (NYSE: KO), where you know that regardless of the ups and downs of the economy, Intel is going to be there in 10 years, generating great long-term returns for shareholders. With that yield and growing dividend, it almost can’t help but be a long-term winner.

I usually don’t agree that you should blindly do whatever the government tells you. But in the case of investing, when the government is telling us to put money to work – buying a home, starting a business, or investing, it’s foolish to ignore what the Feds are saying… 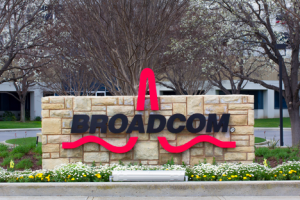 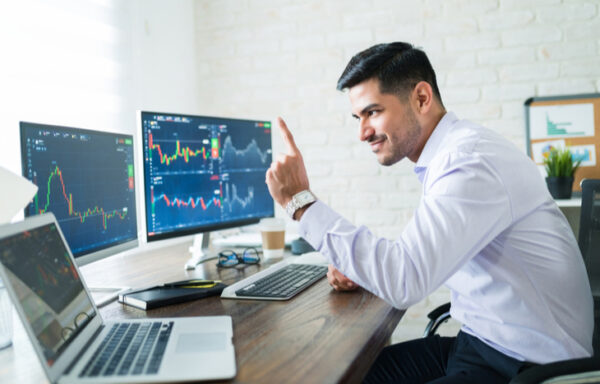