Startups to Invest in Now

There are some startups to invest in that have so much potential, you can’t help but want to invest. But most of the time, you can’t. They are usually private companies that haven’t yet offered IPO.

But sometimes, you can find startups that are raising money on the open market. You can find them on various crowdfunding websites. Or, in the case of Rasa, they’re offered on a different countries’ exchange. This doesn’t have to stop you, though. Getting a broker can help. Or, if you’re up for a challenge, you can try doing it on your own.

I would suggest getting some help at first. Then, you can become aware of shortcuts and things you’d miss if you did it on your own. I usually talk about penny stocks. But many of these startups to invest in can be riskier than penny stocks.

Many penny stocks are just startups themselves. And when you find a startup to invest in, they are usually in the pre-IPO stage. So, they are essentially baby penny stocks. Infant companies. This equates to taking on more risk. Because they have less history behind them, and less proof that the business model will even work.

Most of these companies are not even profitable yet. Hence, they are raising capital to get started. However, they could make you tons of money. Especially if they’re branching off from a tried-and-true company model. But, if you’re okay with the risk, and you’ve weighed all your options, go for it!

With startups to invest in, it helps to add years to your investment plan. It could take longer for the company to find its feet and the stock might take a while to get up in price where you can really cash out. 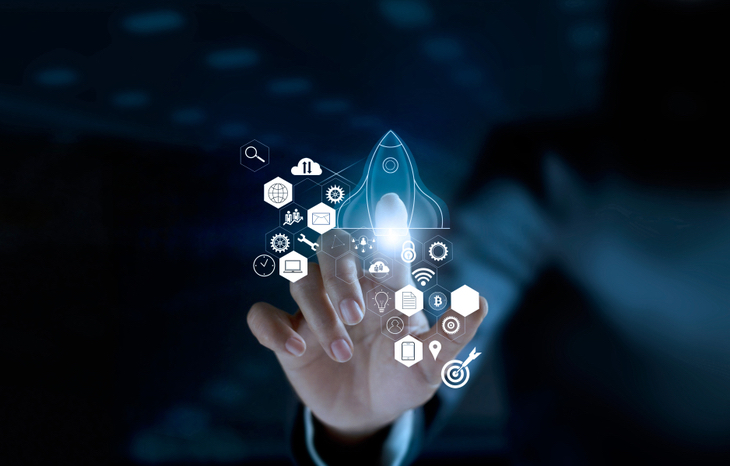 Startups to Invest In

The Best Startups to Invest In

WeFunder is a crowdfunding site, where this project lists. And they’ve almost met their initial capital goal of about $1 million. I’m not sure where they’ll be listing after they meet their goal. But, you may be able to continue investing after it’s met. With a calculated average annual growth rate of over 30%, it’s easy to see why this is one of the best startups to invest in.

Rasa is a startup to invest in that offers customer service to scale. The chat boxes and conversational AI allows businesses to conduct sales and marketing effortlessly. And, they can do this without hiring thousands of people to do so.

Rasa gives companies the power to quickly grow at a massive scale. And, they are already on their way. With 18 investors secured and over $25 million in funds, Rasa is already in the second round of funding. The company plans on raising the bar when it comes to these services, too. And to top it all off, it has three tiers of subscriptions. The first two are free, and the enterprise tier requires payment.

UpCounsel is like the UpWork for legal. You can post your job, get a quote and hire a freelance lawyer. In March 2020, this startup to invest in almost shut down. Then, a company called Enduring Ventures bought it at the last minute.

And, believe it or not, it was purchased by a former customer. He says the business had saved him hundreds of thousands of dollars in legal fees. And he wasn’t about to let it fall by the wayside. Now, it is being held by Enduring Ventures. UpCounsel has already been featured in Forbes, Fortune and others. And, they’re in the green as far as profits go.

This startup to invest in has already met its first funding goal. But, you can still invest. It’s bringing on dozens of new customers every day. And, it’s earned the title of the number one budgeting app of 2021.

QubeMoney helps people save money and take control of their finances. It splits your paycheck into different “envelopes.” Then, you put a certain amount into each envelope. It helps you keep track of your expenses. So, it’s easy to see where your money is going, and where you can save more.

But, now the company is ready to take things to the next level. And, it plans to give investors a lot for their money. FLX Bike offers early investors a chance to help run the company and store credit. This startup is environmentally friendly and forward thinking. And, it already has a solid sales and marketing team as a foundation.

Top Startups to Invest In No. 1 CyberLandr

Tesla’s Cybertruck markets to a unique individual. And there are 1.2 million preorders for it. Once again, Elon listened to his customers. They wanted to convert it into a tiny home that moves with them. And Elon is delivering.

CyberLandr is basically an entire tiny house that folds down into the bed of the Cybertruck. It’s equipped with modern technology. Like being able to wirelessly control lights and appliances. It’s got over 2k preorders. And one of the most successful entrepreneurs in the world runs the company. So, it’s easy to see why this is a great startup to invest in.