If you’re looking for the top tech stocks to watch as we roll into December and close out 2019, you’re going to want to keep an eye on the intersection of tech and retail for obvious reasons. The stock market was open on Black Friday and, believe me, so were the stores.

Shoppers splurged online to the tune of $7 billion on Black Friday alone, and we still have to get through the rest of the holiday shopping season. But which retail-oriented tech stocks should the savvy investor be keeping an eye on as we march toward 2020?

The first stock to watch is a retail brand that has become something quite a bit more in the eyes of its customers. The second is an e-commerce platform with surprising growth, powering the online shopping experience of millions of users. The third is, well, likely no surprise to you at all, but still worth watching like a hawk. 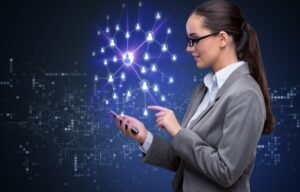