Uber Stock: Is It Finally Time to Buy?

If I were to hand out an award for “Most Influential Startup from The Past Decade-ish” it would go to Uber (NYSE: UBER) (although Airbnb is a close second). To start, Uber is one of the only companies that has successfully turned into a verb. But, despite the company’s cultural impact, Uber stock has left investors with much to be desired.

Uber had a highly-anticipated IPO in 2019. But, while Uber has had plenty of fanfare, it has fallen short in terms of financial results. Three years later, Uber stock is down about 40% from its IPO price. This poor performance isn’t too surprising when you consider that Uber routinely posts multi-billion-dollar annual losses.

With that said, Uber is also quite a different company than it was in 2019. It has introduced several new business lines that could finally help it navigate towards profitability. With that in mind, let’s see if it’s finally time to buy Uber stock. 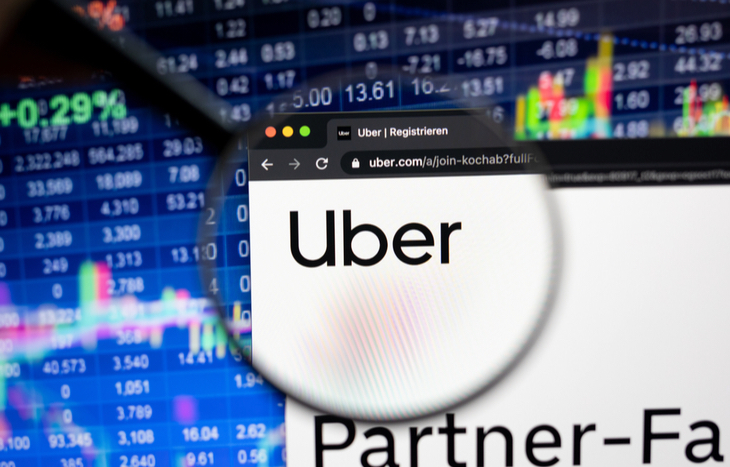 Uber got started as a ridesharing app. It tipped the taxi industry on its head by providing locked-in ride quotes, easy payment and safer rides. In the process, it also helped create the gig economy. In the gig economy, workers can sign up to work as independent contractors. By sacrificing their health benefits, workers get full control over their work schedules.

Uber’s business model was truly revolutionary. But it was also destined to fail. This is because an Uber ride is a fungible good. By this, I mean that an Uber ride is interchangeable with a ride from any other ridesharing company. Since all rides are the same, consumers have zero brand loyalty. Instead, they just choose the cheapest option.

Have you ever gone to book an Uber but consulted with Lyft’s price before locking in your ride? If so, then you’re part of the problem for Uber. But it’s not your fault. Since the product is the same, Uber/Lyft are left to compete on price alone. This creates a race to the bottom. Meanwhile, expenses continue to mount for Uber.

Uber pays a fortune to its drivers as well as marketing, tech, administration, lawsuits and more. This is why, despite being so revolutionary, Uber is wildly unprofitable.

The company has introduced new business lines in an attempt to boost revenue. It hopes that, if it can diversify and scale enough, investors will be forced to change their mind on Uber stock.

Much More Than just Uber

Today’s Uber is much more than just a ridesharing company. There are currently 20 different ways to call a traditional Uber ride. On top of that, here are the current product lines that are under development:

Uber is essentially just a massive technology company that is scaling rapidly. It currently operates in 10,000 cities in 72 different countries. Now, here’s the big question. Do any of these business lines actually turn a profit?

Uber’s strategy has been to grow and diversify as much as possible. So far, it seems like it has finally hit a homerun with Uber Eats.

Uber Eats is already more of a money maker than Uber Rides, despite being just a few years old. In Q4 2021, traditional Uber rides accounted for less than half of its $103 billion booking value. On the other hand, Uber Delivery services made up a little bit more than 50% of its income. It’s also worth noting that Uber Eats nearly tripled in size during the pandemic.

Uber actually squeaked out a profitable quarter in Q4 2021. This streak was short-lived, though. In Q1 2022, Uber was back to multi-billion-dollar losses. Practically its entire Q1 2022 loss was attributed to sour investments in Grab, Aurora and Didi. So, what’s the final verdict?

Is Uber Stock a Good Buy?

Not yet…although Uber executives are trying very hard to convince you otherwise. I say this because Uber’s investor report is 189 pages long. In many ways, an investor report this long is a red flag by itself. It shouldn’t take a small novel to explain your business to investors.

The biggest issue with Uber stock is profitability. Uber keeps insisting that it needs to scale to reach profitability. But Uber operates in 10,000 cities. It also has 29,300 corporate employees. If Uber isn’t already a massively-scaled company, then what is? This should make investors nervous in the short term.

With that said, Uber stock will likely still be successful over the long run. That’s because Uber is nearing the point of being “too big to fail”. Its services are becoming ingrained in our culture. Even if Uber increases its prices, many people will continue to use it simply because they are used to it. There’s also one other major technological shift to discuss.

Uber can continue to scale and diversify all it wants. The addition of new services has helped. But, by this point, it should be clear that constant growth and new markets aren’t the answer. If Uber couldn’t reach profitability in the U.S., expanding around the world won’t help. Instead, Uber needs a drastic overhaul of its business. Luckily, the perfect overhaul might fall right into its lap.

It is already a massive tech company with practically unlimited investor money. Once the technology is available, it will be fairly easy for Uber to launch a fleet of self-driving taxis. If this happens, Uber’s margins will skyrocket and it will finally be free of its legality headaches with its drivers. On top of that, few other companies will have the resources to launch competing services.

Uber stock will eventually be a buy, but likely not for another couple of years. Once the first autonomous cars hit the streets, it’s time to start buying Uber stock.

Please remember that I’m not a financial advisor and am just offering my own research and commentary. As usual, please base all investment decisions on your own due diligence.