United Airlines Stock – Is It Overpriced?

In recent months, many investors have been extremely bullish on United Airlines stock. This is largely due to the past year and how United Airlines (Nasdaq: UAL) has addressed the COVID-19 pandemic. 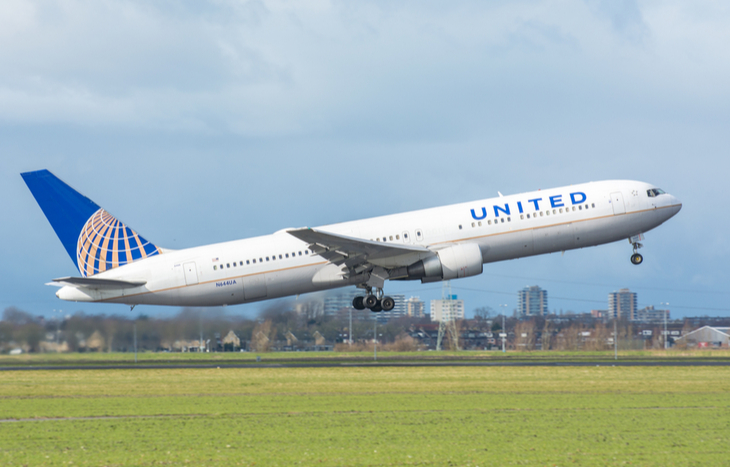 Like many other airline stocks, United was looking extremely strong until March of 2020 when it dropped from over $90 a share to $17. Since then, the company’s “realistic” approach has led United Airlines stock to a nice recovery. It is now trading at over $55 a share and looks to be climbing.

United Airlines has always had a strong relationship with Boeing, which is a major reason why it has done so well. However, not all Boeing planes have been an asset.

A Boeing 737 MAX passenger airliner was grounded worldwide between March 2019 and December 2020 – longer in many jurisdictions – after 346 people died in two crashes. By March 18, all 387 aircraft were banned from service.

Pent Up Demand For Travel

Chief Commercial Officer, Andrew Nocella highlighted the companies direction moving forward in a note to staff saying, “As we plan for the future and the return of demand, we’ve been looking at ways to best position our fleet for the recovery and be in a position to best take advantage of people’s desire to travel.”

Investment U’s own David Fessler recently highlighted the pent up demand for travel saying “Starting in the second quarter, I expect to see markets anticipate the beginning of America’s reopening and its subsequent economic improvement. By the end of the second quarter, every American who wants to be vaccinated should have had that opportunity. This will be a boon for travel and leisure stocks!”

That being said, investors interested in United Airlines stock should set reasonable expectations in the short term. It will definitely take some time for United Airlines stock to return to pre-pandemic numbers. United projects to exceed 2019’s adjusted EBITDA (Earnings Before Interest, Taxes, Depreciation, and Amortization) margin by 2023.

I recently stated that the best way to play the coming travel surge was not with domestic airlines but with overseas airlines.

The issue with domestic airlines is that the surge is priced in. That is, they are already trading at levels that are building in the recognition that travel will take off like a 777 with both engines!

Foreign airlines are still a value, and they are late to the party, but it won’t stay that way forever.

War Room members landed quick profits on two foreign airlines Wednesday. Here’s what members had to say on this stock play that took just a few days to bear fruit…

Now that the trade is closed, I’d like to share the companies with you. Not to rub your face in it… on the contrary. I think these companies have further upside. The War Room is for trading, not buying and holding. However, these companies fit well into both, especially the buy-and-hold category.

2 Airlines to Buy Instead of UAL

EasyJet (OTC: ESYJY) is a super-low-cost carrier that serves European cities. Lockdowns across Europe have been active since the start of the pandemic. Only just recently have restriction measures started to lift (cautiously) with the COVID-19 vaccine rollout. Once the vaccine has been successfully distributed, easyJet should be a big beneficiary. 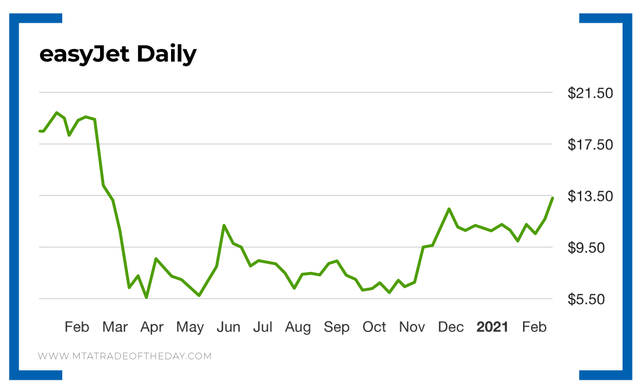 Looking to Asia, Singapore Airlines (OTC: SINGY) is a premier player and the flag carrier for the country of Singapore with a massive worldwide route structure. The pandemic has been terrible for Singapore Airlines. But it’s also allowed the company to right size, cut costs and defer aircraft deliveries. 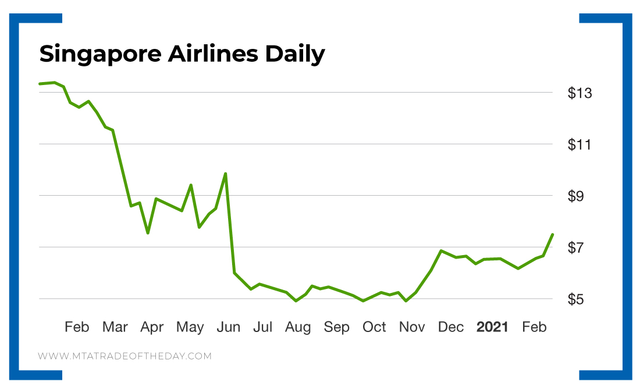 When Asia and the rest of the world open up, I believe Singapore Airlines and its other low-cost subsidiaries will take off as well.

Sign Up Today To Profit From The Travel Boom

So there you have it, a long-term and short-term way to play the travel boom. In The War Room, we look at EVERY angle to make a profit, and we do it in real time, just as members did with Singapore Airlines and easyJet. Join The War Room today to start profiting alongside them!

We hope this article gave you some much needed insight into United Airlines stock as well as the airline industry at large. To get the latest investor news delivered right to your inbox, sign up for our free Trade of the Day e-letter now!