Unity Software stock (NYSE: U) specializes in the world of AR, VR, 3D and 2D. And they’re well positioned to take advantage of this sprouting market. Their unique platform allows developers to create games and experiences. And, at a high quality. These platforms can deploy across many platforms. Including mobile devices, consoles and PCs.

So, check out the Unity Software stock forecast below. Because it’ll give you a much better idea of where its future could go. 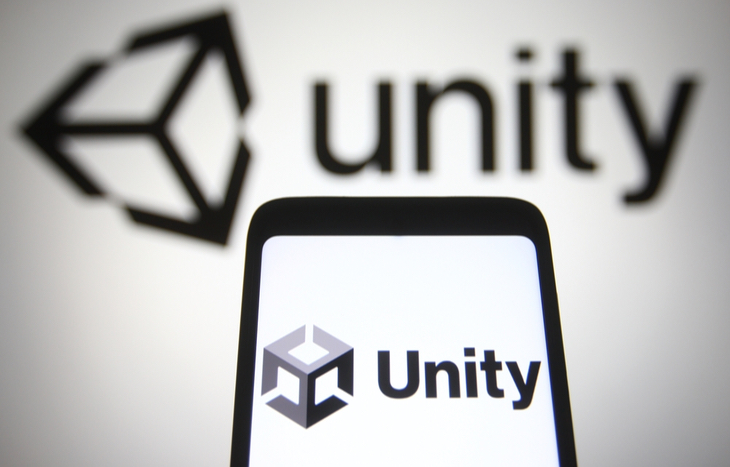 Unity Software stock is a Unity Tech company. Headquartered in San Francisco, California, it founded in 2004. As I mentioned above, the company specializes in developing video games and simulations. And they do this for computers, consoles and mobile devices.

This is a very interesting field. As futuristic as movies make it seem, VR and AR are picking up steam fast. And the Metaverse is becoming real. So, more companies are looking for ways to stand out in a digital world.

And Unity not only creates this software. But the platform also enables developers to create rich, interactive experiences.

Here’s a neat fact: Unity software stock serves the large majority of the world’s top 1,000 mobile game developers. And, at one time, Unity provided resources to 100% of these companies. On top of that, the company has been creating almost all HoloLens experiences.

There’s naturally been a rise in adoption and tech abilities. And that enables Unity to reach many markets. Some of them include gaming, entertainment and even construction.

Unity Software stock offers a variety of products. Including an engine, analytics, ads and a cloud builder.

The Unity engine is their bread and butter. It’s popular for its cross-platform capabilities. Unity Cloud Build is a Unity Pro feature. That enables you to deploy builds to Unity WebGL, this also includes Unity Standalone or Unity Editor. And, of course, ads and analytics are for better understanding players.

Plus, the company also offers many services. It has something for everyone in the AR and VR industry.

Unreal Engine is a powerful game engine developed by Epic Games. It’s used by some of the best studios. And it allows users to create for PC, consoles and mobile devices. And, of course Amazon had to get in on the action. Amazon Lumberyard is a free game engine. But, you get what you pay for. So, we’ll see how that goes.

In 2004, Nicholas Francis, David Helgason and Joachim Ante launched Unity Software. The whole point of the business was to make it easier for solo game developers. And they’ve succeeded in doing just that.

In September 2020, Unity Software stock’s debut occurred on the NYSE. Unity software is now used by more than 2 billion developers. And it’s the choice for game development for many top companies. Including Disney, Coca-Cola, Nike and Samsung.

But, it’s not only for game development. Its capabilities have also become popular for creating 3D and AR experiences. This popularity has led Unity Software stock’s market cap to be valued at almost $29 billion.

The stock didn’t really see the huge opening bear that most new stocks endure. And, that points back to a few different reasons.

One, Unity Software stock publicly listed at a great time, around September 2020. It was a perfect time for a startup to take wing on the public exchange, too. Because the market had recently plummeted. And, now some stocks were beginning to rise again. So, they “got in early,” so to speak.

Two, the company is in a market that’s growing fast. And three, inflation has been going crazy recently. But, the great thing about inflation is that small companies thrive in its wake.

So, it’s no surprise Unity’s stock price has been on a steady rise since listing. And the company is well-positioned for continued growth in the future. Their strong financials, innovative platform, and global reach make it a stock to watch in the coming years.

Unity has been on a roll lately with a ton of great news. First, of course, Unity Software stock announced its great performance in 2021. The company had a fantastic year with record bookings and revenue.

Second, Unity has been expanding its capabilities. Especially in the augmented and virtual reality space. They’ve been focusing on creating more realistic experiences with higher performance. And this is especially exciting.

Third, the company has a partnership with Facebook. Now, this partnership was created a few years ago. But, things are heating up with Meta. And soon, they’ll be allowing Unity creators to run sophisticated ads through Meta. Which is great news for Unity Software stock. Because, it means more money for the company. Unity Ads is already a big player in the space. And, this will only help them grow bigger.

Weta Digital is a world-renowned visual effects company. Moreover, the company announced its intention to buy Weta. And it’s begun the process by acquiring its assets. Unity Software stock plans to use them to create even more realistic experiences.

The Metaverse and similar tech will continue to grow. And Unity Software stock is smack-dab in the middle of it. So, they are well positioned to take full advantage. This stock is definitely one to watch in the coming years.

Because, all in all, Unity is doing phenomenally well. It keeps expanding its capabilities and partnerships. Plus, they’re in a great market with lots of potential for continued growth. The company has a strong foundation, innovative platform and global reach.