The Best Metaverse Stocks to Buy

Hunting for the best metaverse stocks to buy is a little interesting. This is mainly because… well… the metaverse doesn’t exist yet. In 2021, the phrase “metaverse” certainly caught fire. Right now, there are plenty of companies making solid progress towards creating it. But as far as being able to physically visit the metaverse? Not so much.

If you’re not familiar, the metaverse is expected to be the next evolution of the internet. It will combine our current internet, augmented reality, and blockchain technology. In doing so, it will create an immersive digital world. Imagine that, instead of staring at a Zoom call on your screen, you can pop on some VR goggles and sit in a virtual room with your coworkers. This is one of many potential uses for the metaverse. The phrase “metaverse” is often used interchangeably with Web 3.0.

Whether you’re a fan of the metaverse or a doubter, one thing is for sure. It’s hard to ignore something with this much potential. “The next evolution of the internet” isn’t exactly something that comes around every few months.

With that said, let’s break down a few of the best metaverse stocks to buy.

NOTE: I’m not a financial advisor and am just offering information and commentary. Please do your own due diligence before making any decisions. I also own a small position in Roblox. 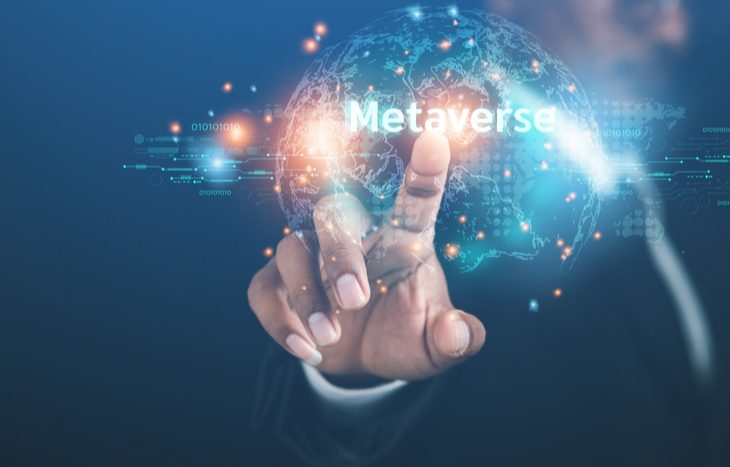 I mean, it’s hard to start anywhere besides Meta Platforms. It literally changed its name to show everyone how gung-ho it is on the metaverse. There were a few different factors behind Facebook’s decision to rebrand. First, Facebook has been swarmed with negative press lately. By lately, I really mean years. A rebrand can help Facebook shed some of this negative PR. Facebook is also much more than just Facebook now. It owns Instagram, WhatsApp and Oculus VR. Rebranding helps the company move into the future, away from just Facebook.

Mark Zuckerberg released a long video to talk about Meta’s new vision. One quote that stuck out to me in this video is when he stated, “The metaverse isn’t about spending more time online. It’s about maximizing the time that you already spend.”

So what is Meta Platforms doing to make the Metaverse a reality?

To start, Meta Platforms operates Reality Labs. Reality Labs is a research hub that is working to expand AR/VR technology. This hub is still very much in its infancy. However, Zuckerberg is sinking $10 billion into this project to get it off the ground. In the future, he plans to report on this branch separately from Meta’s Family of Apps. Right now, Meta has five research labs around the world.

Aside from its research hubs, Meta also owns Oculus. Oculus VR is a $300 virtual reality headset. This headset used to be primarily for playing video games. However, it’s already expanding to include “experiences”. On the oculus website, it advertises that you can “conquer realms, crush workouts and co-watch live events.” Oculus is clearly already expanding into more than just VR gaming.

Meta’s stock is up 30% so far in 2021. It is also up approximately 200% over the past five years, making it a great addition to your list of best metaverse stocks to buy.

Most people will probably first experience the metaverse through gaming. When you think about it, most modern video games are already quite immersive. In some games, you can already explore the digital world of the game at your leisure. If it has an online component, you can even chat with your friends while you explore. This really isn’t that far off from what the metaverse will be. When it comes to companies creating these types of games, Roblox is front and center. This is what makes it one of the best metaverse stocks to buy.

If you’re not familiar, Roblox is an online game platform and game development system. It has been around since 2006 but just went public in February 2021. Roblox allows its members to build games so that other users can enjoy them. It currently boasts 9.5 million developers, 24 million experiences and $761 million paid out to developers.

Roblox has also already had some successful digital events. In October 2020, Electric Daisy Carnival was the first music festival to be hosted on Roblox. Major brands are also already getting into the action. Vans recently launched “Vans World” in the Roblox metaverse. In Vans World, users can skate and dress their avatars in Vans apparel.

Roblox’s revenue has been skyrocketing over the past few months. In the first three quarters of 2021, revenue increased by 140%, 125% and 102% respectively. However, it still has yet to post a profit.

Roblox stock is up 37% since going public in early 2021, so it’s no wonder why many investors believe it to be one of the best metaverse stocks to buy.

Keep reading for more info on the best metaverse stocks to buy.

A little similar to Roblox, Unity Software is one of the leading platforms for creating and operating 3D content. It provides tools to help creators build immersive 3D worlds and experiences.

In 2020, 71% of the world’s top 1,000 mobile games were made with Unity. This resulted in over 5 billion monthly downloads of Unity-built games. Unity games can also be run across 20 different platforms. This is incredibly valuable for creators because it means they only have to create content once. From there, it can be launched across a number of different platforms simultaneously.

In Q3 2021, Unity reported a record quarterly revenue of $286 million. This represented a year-over-year (YOY) increase of 43%. Additionally, this past quarter, Unity completed its acquisition of Weta Digital. Weta Digital played a major role in creating scenes/characters from Avatar and Lord of the Rings. Now, Unity will have access to both its developers and content library. It expects this acquisition to expand its total addressable market by over $10 billion.

Interestingly, Unity’s stock has grown despite posting losses every year since 2004.

Nvidia is one of the leaders in graphics processing chips. These chips are used in both gaming and professional markets. When it comes to the best metaverse stocks to buy, Nvidia is a little bit of an indirect pick. I say this because it has a lot of different business lines. However, there’s a good chance that Nvidia tech will end up powering the metaverse.

Since 2019, Nvidia’s stock has enjoyed an incredible run. Right now, it is currently one of the largest stocks in the S&P 500. This run is most likely because Nvidia’s technology has so many applications. Nvidia offers solutions for powering the metaverse, machine learning, self-driving cars, and artificial intelligence (among others).

In Q3 2021, Nvidia posted total revenue of $7.1 billion. This represented a 50.3% YOY increase. It also posted a net income of $2.46 billion. This was a YOY increase of 84.43%. If you are looking for one of the best metaverse stocks to buy that’s a little less risky, Nvidia is a great choice. Even if the metaverse doesn’t materialize, Nvidia’s business will be supported by other ventures.

I hope that you’ve found this article valuable when it comes to learning a few of the best metaverse stocks to buy. Please base all investment decisions on your own due diligence and risk tolerance. 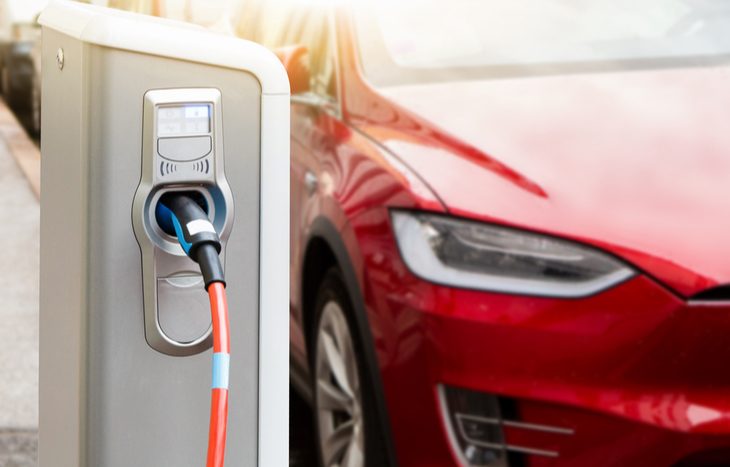 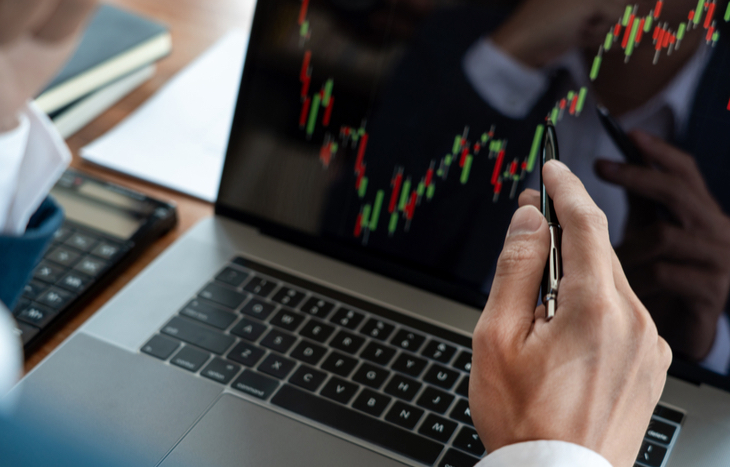 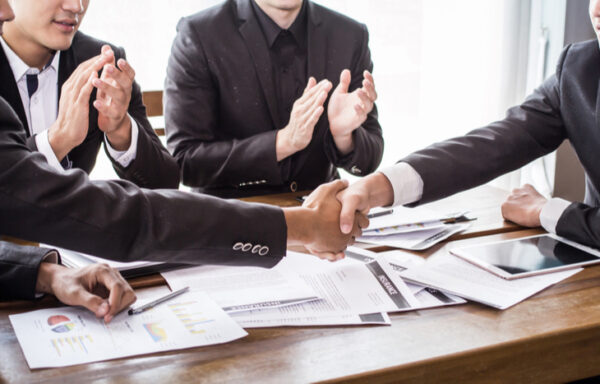 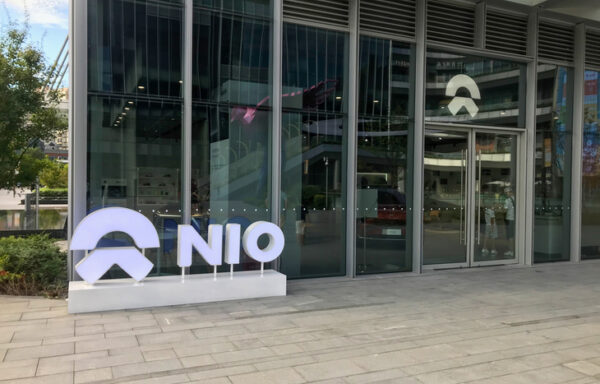