An Inside Look at Biden’s Proposed Unrealized Gains Tax

There’s a big difference between realized and unrealized gains and losses. Namely, taxable events only follow realized gains. When you close a position, you lock in gains and pay taxes duly. Until you close the position, any gains remain theoretical—thus, no taxes. Yet, that concept could change for billionaires pending an unrealized gains tax proposed by the Biden Administration in late March 2022.

Under the proposed “Billionaire Minimum Income Tax,” households with a cumulative annual income over $100 million could face a sizable 20% tax bill that includes the sum total of their unrealized gains. It’s a proposal that could curry favor with progressives; however, it’s likely to face bipartisan resistance for the precedent it sets.

Here’s a closer look inside the proposed unrealized gains tax and how it could change the concept of how we perceive capital gains and losses if it passes. 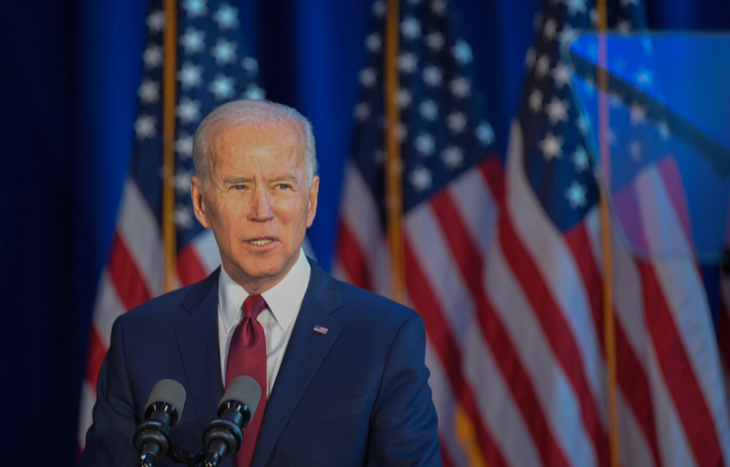 Though named and framed as the “Billionaire Minimum Income Tax,” the basic philosophy behind the Biden Administration’s proposal is an unrealized gains tax.

The way it’s currently structured, the tax would affect the richest 700 Americans, forcing them to include unrealized gains as part of their annual income. Specifically, these individuals would pay “a tax rate of at least 20% on their full income or the combination of any wage income and unrealized gains.” Should the proposal pass, those affected would have nine years to pay previously unrealized income.

There’s also a provision built into the proposal that mandates a “top-up” payment for wealthy earners that don’t meet the 20% minimum tax. It’s a proposal structured similarly to the Ultra-Millionaire Tax Act of 2021, which has yet to come to the senate floor.

Why Is There a Proposed Unrealized Gains Tax?

The reason behind the recent unrealized gains tax proposal is twofold.

First, the Biden Administration has been adamant about addressing the growing problem of wealth inequality in the United States. The idea behind targeting the wealthiest 700 households is to restore some of this equality by taxing high earners proportionately. The implication is that this may also address concerns of generational wealth.

The second reason has to do with the ballooning national debt. 80% of all U.S. dollars in existence were printed in the last 22 months. As a result, inflation is topping 8.5% in 2022, with no signs of slowing down. Levying a tax on the top-most echelon of earners creates a quick revenue funnel that could help dampen these rapidly growing figures. And, as much of the wealth of the wealthiest households exists in vested assets, an unrealized gains tax cuts right to the heart of creating that revenue stream.

Setting a New and Dangerous Precedent

An attempt to tax unrealized gains opens the door to a dangerous prospect when it comes to how the government understands investments. As mentioned, taxable events only occur after investors lock in gains or losses, thus realizing them. Taxing unrealized gains is a foray into taxing theoretical wealth.

Unrealized gains are, for lack of a better term, unrealized. That means asset holders haven’t benefited from them in any material way yet. Taxing unrealized gains is effectively the same as taxing someone for something they don’t possess. In a simple scenario, investors could end up paying the tax man for gains they don’t benefit from. Worse still, they may not have the ability to use capital losses to offset incurred gains. It’s a messy predicament caused by unrealized wealth.

Dissidents of the proposal have wasted no time in explaining how an unrealized gains tax could be unconstitutional. In effect, it taxes gains that aren’t in-hand, which is an unconstitutional collection of taxes that doesn’t extend across all populations. In short, those against the proposal harken it to a wealth tax, which they equate to a discriminatory tax.

Will an Unrealized Gains Tax Pass?

As mentioned, the Biden Administration’s Billionaire Minimum Income Tax isn’t the first proposal of its kind. Looking back at previous iterations of taxes aimed at unrealized gains, it’s safe to say that the likelihood of this latest version passing is slim. In fact, it’s likely to face bipartisan resistance if brought to the senate.

The potential precedent set by an unrealized gains tax wouldn’t just make it difficult to pass through the senate and the house; it would also likely face challenges in courts. If the proposal did pass into law, questions over the value of immaterial assets would quickly come into play. Does a profitable idea entitle someone to rights over that idea and its future value streams? Does unrealized gains tax apply to collectables or rare items, like paintings or memorabilia? How does the IRS calculate unrealized gains within the tax cycle?

There are simply too many unknown and unquantifiable variables behind an unrealized gains tax. It’s why the entirety of the current capital gains tax policy hinges on the sale of assets and the direct receipt of gains.

An Interesting Concept That Lacks Realism

Ultimately, a proposed unrealized gains tax is unlikely to pass. And even if it were to pass, it wouldn’t affect 99.99% of people reading this right now. What’s more concerning is the potential precedent it would set: the ability to tax theoretical wealth. This is something every investor should oppose, no matter how large your portfolio or its performance. It strikes at the very heart of investing: the ability to let your money work for you and to accumulate wealth over time, so you can retire comfortably one day.