Why Voxel Crypto Looks Like It Could Be a Big Deal

The NFT gaming space is in a state of near constant growth. One of the latest competitors is AlwaysGeeky Games’ Voxie Tactics. And the game’s native VOXEL crypto token just broke through a huge barrier with its listing on the Binance.us exchange. This is pretty big news considering the exchange currently supports less than 100 tokens.

So is this the first step in VOXEL crypto shooting to the moon? Well, let’s not count our chickens just yet… 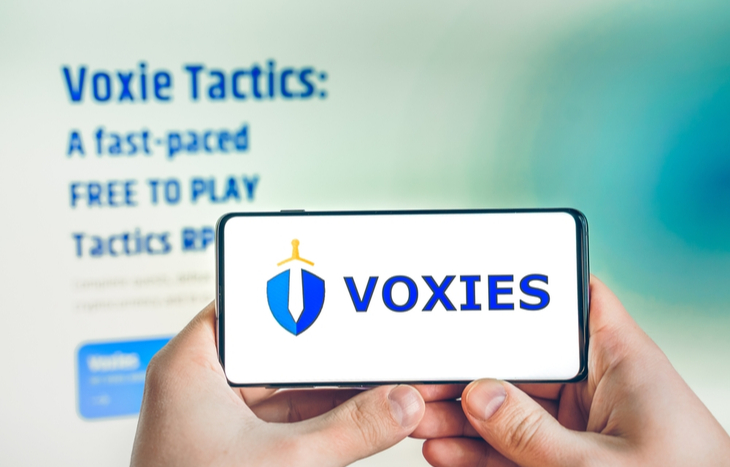 Let’s start with the basics. Voxie Tactics is a free role-playing game. Really all you need to get started is a MetaMask plugin for your web browser to get started. That being said, the game is very new. The demo launched back in October. And it is currently in the open beta stage. But again, having its native VOXEL crypto token listed on a major exchange could be a signal that the game is all but ready for mass adoption.

Once the game emerges from its beta stage, it wouldn’t be at all surprising for it to quickly catch on. And that could lead to a big payday for some early investors and players. Afterall, there’s plenty of precedent for vintage feeling games like Voxie Tactics catching on like wildfire. Especially when they’re play-to-earn ones like this or Axie infinity.

Also worth mentioning is the fact that this isn’t some fly-by-night operation. A lot of crypto-oriented games release supporting tokens before launch. It’s a way to drum up some supporting capital for the R&D stages. But Voxie Tactics has actually been in production for around 10 years. So a rug pull is extremely unlikely.

Is VOXEL Crypto Just For Gamers?

Being the native token of the game, VOXEL crypto is going to be more important to players than most folks. But that doesn’t make it unworthy as an investment. For instance, we haven’t played much Axie Infinity around here. But if we threw some money at its token (AXS) a year ago, we’d be sitting on a tidy 569% gain in less than a year.

And to prove just how crazy the NFT gaming space is, if we were lucky enough to invest $200 in AXS when we first heard about it, we’d be more than $60,000 richer. But that’s just hindsight. By no means does that guarantee than VOXEL crypto will shoot up hundreds (or thousands) of percentage points higher. But crazier things have happened in the crypto markets in recent years…

Voxie Tactics was inspired by Final Fantasy Tactics. Now more than 25 years old and considered a classic, it’s also managed to stay relevant. There are rumors a remastered release will be coming to the major consoles sometime soon. So AlwaysGeeky Games picked a good one to find inspiration in.

That being said, we’re not saying that Voxie Tactics has the exact same nostalgic itch as Final Fantasy. But it does come with a trick up its sleeve. And that’s the VOXEL crypto token.

Unlike whittling away the day playing a game on PS5 (and congrats on finding one), Voxie Tactics offers a way to actually earn crypto. And that crypto can be used in-game to upgrade characters, better complete missions and earn more crypto in the process.

Basically, this game offers a passive income stream for gamers who would be gaming anyway. And it brings a big-game feeling with it. The dev team has decades of experience working on big budget games like Assassins Creed and the Harry Potter Games. Plus, there’s a lot of potential for Voxie Tactics to enter the Esports world – which would naturally be a huge boon for the game and VOXEL crypto.

While there will only be increased competition in the NFT gaming world, Voxie Tactics looks like it could leave an indelible mark in the space in the near future.

The Bottom Line on VOXEL Crypto

The game VOXEL crypto helps power looks like it could make some waves. And with only 10,000 unique NFT characters set to be released for the game, exclusivity could play a valuable role in speeding up adoption.

In fact, we’d probably already be in there if the beta version wasn’t just built for Windows machines. And our old Dell is just too old to run the game. That being said, if you’ve got a PC running Windows 10 and a decent monitor, you can sign up for an account and download the beta right here. And we’ve got a feeling a whole lot of people are going to do just that.

Naturally, as more players pour in, it will require more VOXEL crypto tokens to be released. But the total set supply is only 300 million tokens. And that’s pretty comparable to the 270 million Axie Infinity has earmarked to be released.

Voxie Tactics appears to be following all of the right precedents to make a big splash in the crypto gaming universe. And while VOXEL crypto is still very much in the speculation stage of its existence, it looks like a gamble worth taking. But in the meantime, if you guys at AlwaysGeeky Games happen to read this, how about a version we can play on our MacBooks? Sure we could just head over to Binance.us, but we’d prefer a piece of all the action.