Warren Buffett Rebuffs Bitcoin: Why Berkshire Will Never Own Crypto

2022 has been rough for cryptocurrency evangelists. Bitcoin is down more than 30% year-to-date, and a recent poll by CNBC indicates that more than 40% of crypto investors are underwater. As investors reel from the losses and the market seeks to find a stabilizing bottom, the spotlight is once again on the legitimacy of cryptocurrency as an asset. And one famous investor is not afraid to voice his concerns. In fact, Warren Buffett and bitcoin don’t mix!

Institutional investors are coming out of the woodwork to chastise crypto, including respected names like Warren Buffett and Charlie Munger. Overall, the pair haven’t been shy to voice their disdain for Bitcoin and other crypto assets. When asked about crypto at Berkshire Hathaway’s Annual Meeting, Munger gave an especially frank answer, stating, “in my life, I try and avoid things that are stupid, evil and make me look bad in comparison to somebody else… and bitcoin does all three.”

Why are Buffett and Munger so against Bitcoin, and will we ever see a time when Berkshire owns crypto assets? Here’s a closer look at the ill-will these incredible investors have toward cryptocurrency. 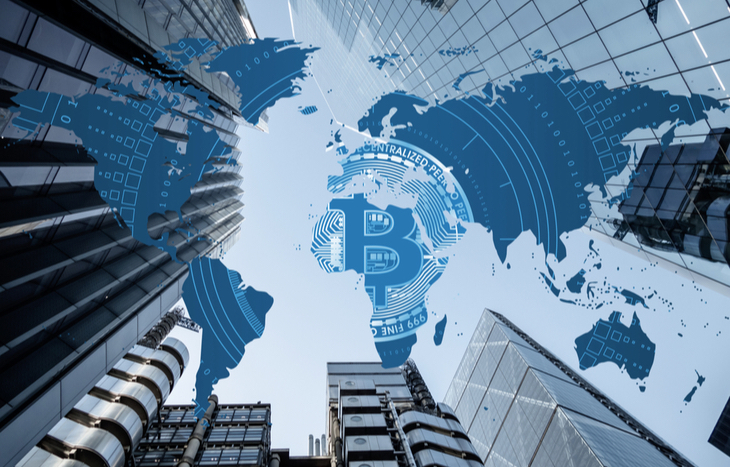 A Strong Preference for Tangible Assets

Buffett has been more forthcoming about his dislike of Bitcoin and crypto assets as a whole. When asked about crypto, his response tends to revolve around the digital nature of the asset. Specifically, the fact that it has no intrinsic value. He’s quoted as saying he “wouldn’t buy all the Bitcoin in the world for $25,” simply for the fact that after obtaining it, it wouldn’t serve to produce anything.

Buffett rebuffs Bitcoin as something of a Ponzi Scheme. He also likens the surging interest in crypto to “magic,” alluding to the idea that people love to be the first to accept new, exciting, misunderstood things.

“Whether it goes up or down in the next year or five years or 10 years, I don’t know. But one thing I’m sure of is that it doesn’t multiply, it doesn’t produce anything,” said Buffett in a 2018 interview with CNBC. “It’s got a magic to it, and people have attached magic to lots of things.”

While Buffett has tiptoed around crypto and explained his feelings through an investment lens, long-time business partner Charlie Munger hasn’t minced words. In Munger’s estimate, crypto assets don’t just lack intrinsic value: they undermine the traditional banking infrastructure in a way that’s “disgusting and contrary to the interests of civilization.”

Munger takes aim at crypto’s decentralized technology. He also points to the potential for abuse by those who want to undermine the fiat currency systems. “I don’t welcome a currency that’s so useful to kidnappers and extortionists and so forth, nor do I like just shuffling out of your extra billions of billions of dollars to somebody who just invented a new financial product out of thin air.”

Despite a staunch stance against Bitcoin, Buffett and Munger have actually dabbled in crypto, albeit tangentially. Earlier this year, Berkshire Hathaway invested $1 billion in Nubank: a Brazilian-based digital bank that has a progressive stance on Bitcoin. The move appears to be in stark contrast to the investors’ personal feelings about cryptocurrency. This investment actually doubles down on an original investment of $500 million in 2021.

Berkshire Hathaway’s investment in Nu Holdings Ltd. (NYSE: NU) appears less about crypto and more about market share, however. Nubank’s primary demographic is a significant unbanked population in Latin America, many of whom are eager to explore alternative investments. The company operates NuInvest: a digital investing tool that allows users to invest in a Bitcoin-focused ETF.

Nubank underwent an IPO in December 2021 at a valuation of $40 billion, with plenty of room to run. While not yet profitable, the company should see significant growth in the coming decade. This could position Berkshire to benefit handsomely.

Other Outspoken Investors Against Crypto

The boys behind Berkshire aren’t the only investors taking swings at crypto. Several big-name institutional investors and fund managers have dogpiled on crypto during this down trending period.

Fabled investors like Jim Rogers doubt its long-term legitimacy. Rogers once quipped, “If cryptocurrency manages to become real money, more of a speculative tool for gambling as it is today, governments will simply wipe it out by making it illegal.” Carl Icahn has claimed that he “wouldn’t want to touch that stuff.” Bill Gross believes it brings nothing to the table as an asset class that fiat currency doesn’t already make accessible.

It’s clear that there’s strong resentment in some seasoned investing circles over the legitimacy of Bitcoin and other crypto assets. Buffett and Munger aren’t alone in their disdain.

Will Berkshire Hathaway Ever Own Crypto?

While Buffett and Munger are at the helm of Berkshire Hathaway, it’s unlikely the fund will ever own cryptocurrency. The two famed investors have made their stance on crypto clear. And it’s not a favorable one. From calling it “rat poison” to likening it to a venereal disease, Munger especially has made it clear that crypto isn’t an asset worth investing in. And many other investors have aligned themselves on this stance. There’s also a growing swath of investors that respectfully disagree.

Crypto might be down in 2022, but as long as there’s investor interest, it has the potential to rise again. Subscribe to our investment newsletter for more insight into crypto markets and the price of Bitcoin, and what institutional investors like Charlie Munger and Warren Buffett have to say about Bitcoin.