The streaming market is one of the fastest-growing industries, expecting to reach one trillion by 2028. Meanwhile, the market is heating up, with WBD stock debuting on the Nasdaq this week. Warner Bros. Discover (Nasdaq: WBD) started trading on Monday, April 11, after a spinoff from AT&T (NYSE: T).

The highly anticipated spinoff established a media powerhouse by combining WarnerMedia and Discovery. Between Warner’s content-rich library and Discovery’s eternal classics, the new business poses a real threat to the streaming industry.

Most important, WBD looks undervalued compared to its peers while its fundamentals flatten out. Now seems like the perfect time to invest, given the rapid transition to streaming. Throughout the article, I will give you four reasons to buy and then discuss if the timing is right at the end. 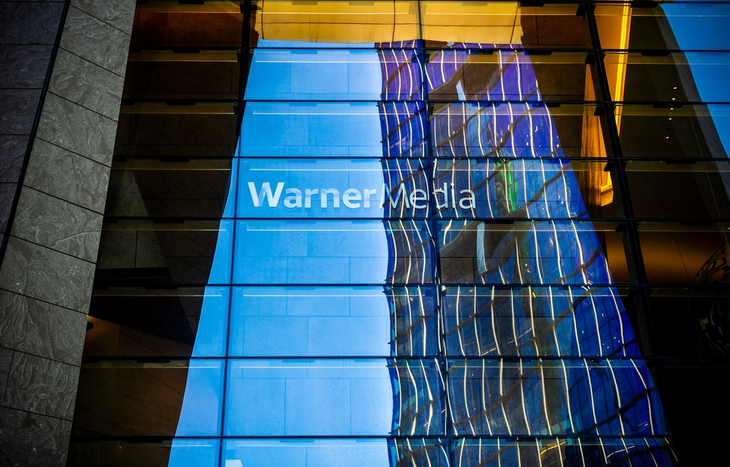 As the streaming war heats up with new competitors entering the market, Warner Bros. Discovery has a major advantage.

For one thing, production costs are skyrocketing. In fact, streaming giant Netflix (Nasdaq: NFLX) pays over $10 million for each episode of several popular series such as “The Crown” and Stranger Things.” But, WBDs biggest advantage comes from its original content.

While several companies are dishing out billions for rights to exclusive content, WBD is sitting on a gold mine. More importantly, they have several ways of distributing it to users.

And this is only the start. WBD stock owns even more popular stations like CNN, HGTV, Food Network, TNT, Animal Planet and Cartoon Network.

Although the merger will create short-term debt, Warner Bros. Discovery should have no problem paying it down.

“2021 was by all measures an exceptional year for our company, in which we achieved significant operational, financial and strategic objectives.” says CEO David Zaslav, the newly elected leader of Warner Bros. Discovery

As can be seen, both firms are growing and adding new addressable markets. Together, we should continue seeing sales growth, leading to higher earnings and FCF.

No. 2 Is WBD Stock the Best Value in the Market?

I know what you are thinking, the best value. That’s a bit of an overstatement. But, hear me out.

Though the merger will leave the firm with around $60 billion in debt, higher revenue and FCF should give WBD stock plenty to work with. For instance, the firm expects to generate $52 billion in revenue and $14 billion in EBITDA in 2023.

On top of this, the combination expects to save $3 billion in run-rate cost savings. As a result, WBD looks to achieve 60% FCF conversion.

Although the prime concern will be paying down debt and de-leveraging, the extra FCF will likely funnel to shareholders. Within two years, WBD expects to go from 5X leverage to a more manageable 3X.

Putting it all together:

If the company hits its goals, it will make WBD one of the most valuable streaming companies in the industry. Not only that but WBD will be severely undervalued.

The current king of streaming, Netflix, generated $29.7 billion in revenue in 2021. But with heavy spending on creating original content, EBIDTA stood at $5.8 billion. And as a result, FCF was negative ($158 million).

Netflix’s market cap stands at 151 billion compared to WBD stock at 12.5 billion. Do you see where this is going?

No. 1 A Giant in the Making

For example, B of A Securities started coverage with a $45 price target, suggesting an 80% upside from its current price. On top of this, Bank of America also raised its target to $45 while calling it the “most exciting story in the sector for the next few years” earlier in the month.

Yet these targets hardly account for the cost of original production. Warner Bros. Discovery owns rights to some of the most influential characters and movies of our time.

The rich content catalog gives the company a major competitive advantage as we advance.  Think about it, if Disney (NYSE: DIS) can turn Marvell into a multi-billion-dollar fan favorite, WBD stock can do the same with its vast catalog.

Disney bought Marvel in 2009. Since then, it has become one of its most prized possessions. In fact, marvel movies are some of the highest grossest films of all time. With this in mind, DTC (+34% YOY) & licensing (+43% YOY) revenue are the two of Disney’s fastest-growing segments. But HBO Max is already surpassing Disney (Disney+ & Hulu) in streaming market share with its eyes on Netflix next.

Is Now the Time to Buy WBD Stock?

WBD stock looks like one of the best values in the market right now. With tech stocks leading the market down 15% in 2022, it may be a good time to consider long-term investments.

Looking ahead, WBD is now in a position to accelerate its dominant growth. With a beefed-up catalog, growing DTC platform, and ability to license fan-favorite content, look for the company to continue adding revenue streams.

Warner Bros. Discovery has a slate of highly-anticipated sequels coming soon, including:

As the firm gathers its footing in the industry, we may see short-term volatility. But in the long run, I’m a big fan of WBD stock and the potential for significant shareholder returns.