If you keep up with the financial news, then you’ve probably noticed a handful of new buzzwords recently. Tons of companies have started throwing out words like decentralized, blockchain, NFTs and web 3.0. All this talk feels like we’re at the cusp of a new internet being created. If that’s true, then this would be the perfect time to start hunting for web 3.0 stocks to buy.

Before we do that, let’s take a brief look at the history of the World Wide Web. 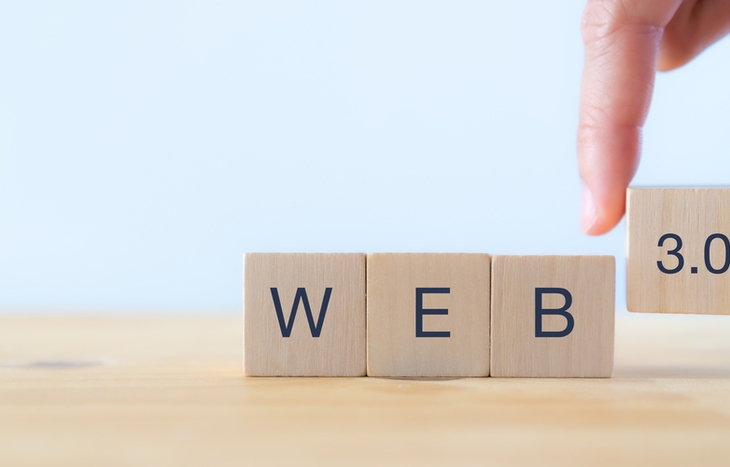 So, What’s The Point?

It’s easy to write Web 3.0 off as mostly hype with little substance. Besides, the existing internet seems to have plenty to offer. What’s the point of redoing it all?

People are excited about Web 3.0 stocks for lots of reasons. Mainly, it’s an opportunity to take some power back from massive organizations. There are plenty of examples of how Big Tech’s dominance has become questionable.

For example, users upload billions of posts to Facebook, Instagram and Twitter every day. However, most social media companies have become stricter with the types of content that they do/don’t allow. This creates a controversy over how free speech needs to work on a site with billions of users.

Similarly, thousands of companies rely on Amazon Web Services for cloud computing. When AWS suffered an outage recently, it caused Disney+, Netflix, Robinhood, Roku and more to face disruptions. This type of ripple effect isn’t healthy for the internet.

Finally, the thought of a new company being able to compete with Amazon, Google, or Facebook is laughable. All in all, Web 3.0 should be a step toward giving power back to the people.

If you feel like you missed the Web 2.0 takeoff, this could be your chance to make up for it. On that note, let’s take a look at a few Web 3.0 stocks to buy.

Nvidia Corporation is on the cutting edge of just about every major technological field. So it makes sense that it tops the list of Web 3.0 stocks to buy. It has solutions for artificial intelligence, cloud computing and deep machine learning. Nvidia’s technology is already used across a wide range of industries. For example, it works in telecommunications, financial services, healthcare and more. There’s a very good chance that Nvidia’s technology will be powering the future of Web 3.0

Coinbase is one of the only publicly traded cryptocurrency company. Currently, the company acts as an exchange to buy, sell, and invest in cryptocurrency. However, it expanded recently to include an NFT platform as well. Due to its popularity, there’s a good chance that Coinbase will help thrust NFTs further into the mainstream. It’s also interesting to note that Coinbase is a fully remote company. I don’t mean that its employees work remotely. I mean that it doesn’t even have a physical HQ. Maybe it’s currently building one on Web 3.0?

Block Inc. (formerly known as Square) is a diversified financial services company. It has solutions for point of sale, peer-to-peer payments and cryptocurrency. The reason Block Inc. is one of the top Web 3.0 stocks is mainly because of its leadership. Jack Dorsey is one of the most innovative founders on Wall Street. Up until recently, he was splitting time between Block and Twitter. Recently, he stepped down from Twitter to focus on Block Inc.

According to Quartz, Dorsey can use Block’s massive revenues to fund experimental ventures. Chief among these is, most likely, Web 3.0. Dorsey has been quoted saying that, “there is nothing more important in my life to work on than cryptocurrency.”

The term Web 3.0 can also be used interchangeably with the metaverse. To read about a few similar companies, check out my article on the best metaverse stocks to buy.

I hope that you’ve found this article valuable when it comes to learning a few of the best web 3.0 stocks to buy. Please base all investment decisions on your own due diligence and risk tolerance.