What Stocks is Warren Buffett Buying?

Warren Buffett and his holding company, Berkshire Hathaway, are monoliths in the investment community. In fact, they’re so highly regarded that investors around the world monitor them regularly, just to see what stocks Warren Buffett is buying. When Berkshire Hathaway adds to a position or opens a new position entirely, it can send ripples through the stock market. Stocks have spiked 5-10% in a day, just from speculation that Buffett has an interest in them!

If you’re one of the many Buffett followers, it’s good to keep tabs on the companies Berkshire Hathaway has an interest in. Thankfully, Buffett is a purposeful investor, which makes keeping up with his latest transactions simple. Often, all you need to do is read the company’s 13F filings.

Here’s a closer look at what stocks Warren Buffett is buying and why investors are eager to take note. 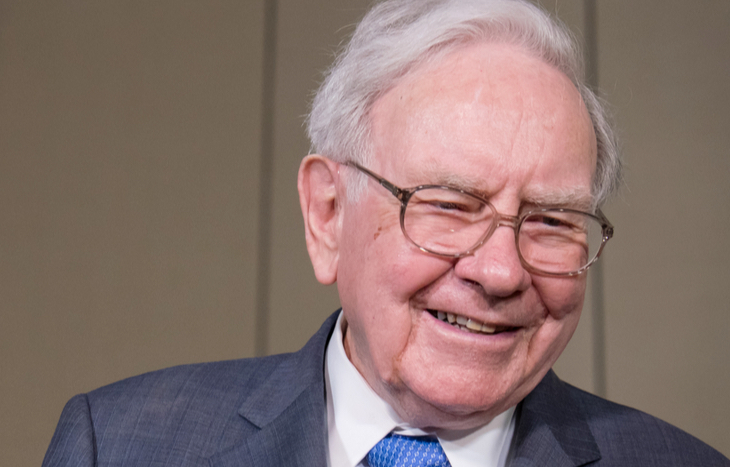 According to the latest 13F for Berkshire Hathaway, filed on February 14, there are a few brand-new additions to the portfolio. Among them, Buffett’s state in Activision Blizzard Inc. saw almost instant appreciation in January, when Microsoft (NASDAQ: MSFT) acquired the struggling videogame company. Buffett acquired 14.66 million Activision Blizzard shares valued at $975 million, which quickly increased to $1.2 billion.

Other Berkshire Hathaway additions included a position in Nu Holdings, a startup fintech company, and Liberty Media Corp., a media company with ownership stakes in Formula One, SiriusXM, and the Atlanta Braves.

Growing Positions Buffett is Betting On

Buffett also made a couple of big adds in Q4 of 2021. According to filings, the holding company spent a sizable sum of money on reallocating its stake in Sirius XM radio through Liberty Media Corp., as well as growing its position in oil and gas giant Chevron Corp. With more than 30% added to both positions, many investors have begun to speculate.

An increased stake in Chevron plays nicely into Buffett’s massive addition of shares in Occidental Petroleum, another hydrocarbon and petrochemical company. Meanwhile, the decision to divest Sirius XM radio directly and invest through Liberty Media Corp. hints that Buffett could be adjusting the scope of his elephant gun.

What stocks is Warren Buffett buying in 2022? The year is off to something of an active start for Buffett, who’s normally reserved in his transactions. Already this year, Berkshire Hathaway has made two headline-worthy portfolio additions.

The first is Occidental Petroleum (NYSE: OXY). While Berkshire Hathaway already held a position in the oil and gas company coming into 2022, it rapidly gobbled up even more shares between March 2-16. In total, Buffett bought an additional 18.1 million shares, bringing Berkshire’s holdings to 136.4 million common shares: a stake representing roughly $7.2 billion. All told, Buffett now holds a sizable 13% stake in the company, as well as warrants enough to bring his stake to 22%. Speculation about a potential minority ownership stake has been rampant.

The other high-profile investment made by Buffett and company in 2022 is one in Hewlett-Packard (NYSE: HP). On April 6, Buffett revealed a stake equivalent to 121 million HP shares. Almost immediately after the filing became public, HP’s stock skyrocketed 15%, making Buffett a cool $650 million in the process. Berkshire’s stake in HP currently stands at $4.85 billion. It’s an investment that pairs well with Buffett’s massive stake in Apple (NASDAQ: AAPL).

These two significant investments have prompted investors to ask what other stocks Warren Buffett might buy in 2022. While only time will tell, it’s likely that more acquisitions are yet to come.

What Stocks is Warren Buffett Selling?

Just as important as asking what stocks is Warren Buffett buying, it’s important to also know what he’s selling. According to the 2021 Q4 13F, Berkshire Hathaway trimmed its position in eight companies and divested entirely from two others.

Most surprising on this list are the divestitures. Sirius XM has long-been one of Buffett’s favorites, which makes a total divestiture interesting. That said, it’s easily explained by the even-greater position the company took in Liberty Sirius XM. Teva Pharmaceutical Industries, on the other hand, represents a rare failure by Buffett. The company has floundered over the past five years. Once pegged as a potential value play, it’s clear that not even Buffett’s magic touch could pull the company out of its turmoil.

Should You Buy What Buffett is Buying?

When looking at what stocks Warren Buffett is buying, many people get the idea to emulate his purchases. But while Buffett’s track record might speak volumes about his investing prowess, it’s important to remember that he has access to data, tools and foresight that everyday investors simply don’t. Following Buffett’s example is likely to yield positive gains for your portfolio, but it’s important to temper your expectations. After all, most investors have buying power that’s magnitudes below what the Oracle of Omaha commands.