Why Buffett Will Never Bet Against America

“For 240 years it’s been a terrible mistake to bet against America, and now is no time to start. America’s golden goose of commerce and innovation will continue to lay more and larger eggs. America’s social security promises will be honored and perhaps made more generous. And, yes, America’s kids will live far better than their parents did.”

Some might think that America is in a sad state.

The difference between the “haves” and the “have-nots” has rarely been greater.

Federal government debt has exploded to more than $20 trillion.

Whatever your political stripes, U.S. democracy is a noisy, full-contact sport.

It takes the wisdom and perspective of a man like Warren Buffett to challenge the conventional wisdom that America is on the path of inevitable decline.

Since 2007, I’ve regularly examined where the U.S. economy stands compared with other countries’ economies.

Just as in 2007, today the United States remains by far the world’s wealthiest nation, as measured by gross domestic product (GDP) – the broadest measure of economic wealth.

No other country in the world even comes close.

Today, the U.S. economy is as large as the next three largest economies – China, Japan and Germany – combined.

In 2003, Earl Fry, a professor of political science at Brigham Young University, created a map that replaced the name of each U.S. state with a country whose GDP approximately equaled that state’s gross product.

Others have regularly updated the project since…

A glance below at the most recent map from 2016 leads to some fascinating – and unexpected – comparisons.

If it were a stand-alone country, California’s $2.5 trillion economy would be the sixth largest in the world, approximately equal to the size of the United Kingdom’s.

Texas’ $1.6 trillion economy is similar to Canada’s – and on its own would be the 10th largest.

With a combined economy of $5.74 trillion, those three U.S. states together would be the third-largest economy on the planet.

There are two important caveats to the U.S. economic map.

First, dynamic changes in the global economy are hidden when looking at the map frozen at a point in time.

When I first wrote about this map in 2007, both Germany and China – at the time ranked as largest economies No. 3 and No. 4, respectively – were smaller than the economies of Texas and California combined.

Today, while Germany is still smaller, China’s economy is more than twice as big.

Both China and India have made great leaps forward.

Second, the U.S. economic map does not adjust for population growth.

California and Texas have a combined population of 67 million. China’s population is 1.38 billion.

Assume China becomes the largest economy in the world over the next 10 years.

By 2050, its citizens will only be 50% as wealthy as United States citizens on a per capita basis.

Why Buffett Is Bullish

During the past decade, there’s been a lot of jockeying for position among the world’s global economies.

Conventional wisdom has it that this has happened at a great cost to the United States.

With only about 4.5% of the world’s population.

That’s roughly the same percentage of global production as in 2007 – the year before the global financial crisis.

It’s also the same proportion as it was in 1980 – the year Ronald Reagan was elected.

So yes, the U.S. economy has its challenges – exploding government debt, a stagnant middle class and a broken healthcare system.

As a long-term investor, Warren Buffett understands that today’s political and economic noise is just that. He rightly cautions against the mistake of betting against America.

And the U.S. economic map provides a vivid reminder of just where we stand on the global stage. 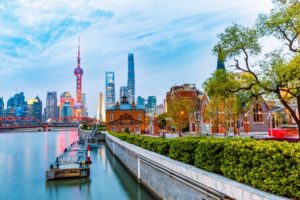 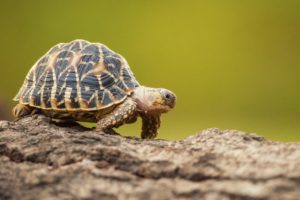 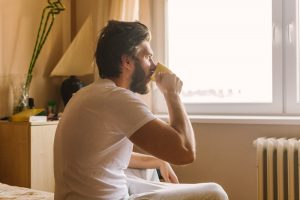 The “Early to Rise” Virtue