Will Dogecoin Ever Go Back Up or Continue to Drop?

Will Dogecoin ever go back up or is this “meme token” destined to struggle for the long-term? Many cryptocurrency investors were bearish on DOGE at its inception in 2013. However, this sentiment began to quickly change in 2019 and 2020 due to the Bitcoin craze, overall market surge and support of powerful investors such as Elon Musk.

In 2022, the cryptocurrency market is taking a dive. In fact, traditional stocks aren’t performing well either and inflation is as high as ever. We have not reached a global recession as of yet, but stagflation is almost a certainty.

This is even more concerning for crypto investors. Digital currencies have always come with higher risks and less support from the traditonal investment world. And now fear levels are skyrocketing due to market uncertainty. Is there a saving grace for cryptocurrency investors? Is Bitcoin going to turn things around as the face of crypto? Or can another coin, such as Ethereum or Dogecoin, regain momentum and take the spotlight? Let’s take a closer look below… 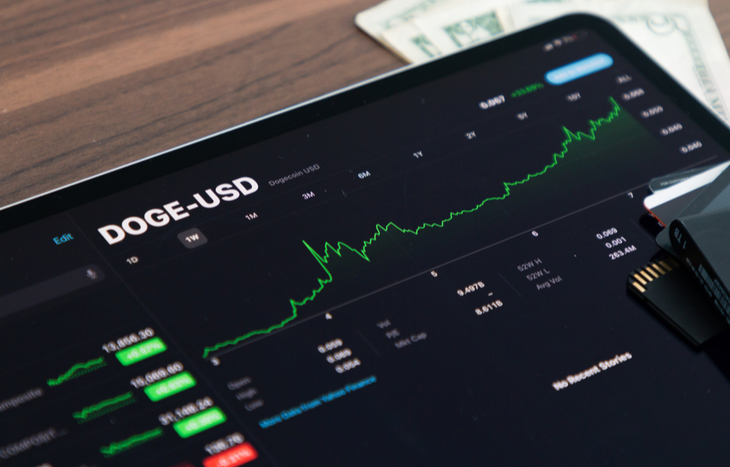 Breakdown: Will Dogecoin Ever Go Back Up or Continue its Slide?

Dogecoin was once a rare token due to its “meme” nature. There’s now a wide array of meme tokens that have hit the market and realized varying degrees of success and failure. But just as Bitcoin is the face of crypto, Dogecoin is the face of meme investing. Therefore, will DOGE go back up or is this slide a sign of things to come?

It’s hard to say, but most analysts are still bullish on Dogecoin for the long-term. In fact, some predictions suggest Dogecoin will reach $2 by 2030.

However, it may take some time for the current market to recover. And there is a need for caution over the coming months. DOGE is currently trading around $0.06 after starting 2022 at $0.17. It has lost over half its value in that time. Moreover, the current market volatility isn’t slowing down. And prominent Dogecoin supporter Elon Musk has his attention elsewhere, such as a Twitter takeover.

Overall, history suggests this downtrend is bound to end. But there will always be the anti-crypto crowd. Which happens to include the most powerful investor in the world, Warren Buffett. That is why it’s so important to do your own research before making any investment decision, whether that’s buying or selling. In some cases, it may be best for you to hold rather than sell, even during a downturn. In other cases, you may want to offload a specific stock or cryptocurrency before it’s too late.

That just isn’t the case with Dogecoin. Almost every major cryptocurrency analyst is still bullish on DOGE as a long-term play. Its short-term potential is another story altogether. Holding may be your best option if you are willing to wait in hopes of bringing in massive returns in the future.

Will DOGE go back up? The outlook isn’t too good in the short-term. Specifically, Dogecoin is definitely not a short-term play at the moment. And it’s unlikely that this popular meme token will regain its value in the next few weeks.

It’s likely to return to $0.10 in the near future. But the likelihood of DOGE hitting anywhere near its all-time high of $0.740010 is low for this year. In fact, many experts believe it won’t reach those numbers again for a few years.

There will always be up’s and down’s. Charting and other forms of analysis will continue to rule the market. Everyone will have their say. And various cryptocurrencies will come and go, making headlines before disappearing amongst the ever-growing list of tokens. However, there will be outliers. Bitcoin isn’t going anywhere. Neither is Ethereum, Tether or Binance. And believe it or not, Dogecoin falls into this category. It’s here to stay!

Currently, Dogecoin is the 10th largest cryptocurrency in the world based on market cap. There’s more than 132 billion Dogecoin circulating in the market. Furthermore, it has a higher market cap than Stellar and Litecoin combined.

It may be best to hold your ground during this difficult period if you don’t want to miss out on massive returns in the years to come. The potential is there, despite the recent crypto crash and concerning price trends within the market.

Cryptocurrency is no longer a niche investment opportunity. Its bringing in new investors every single day and the interest continues to grow. Suprisingly, that interest didn’t falter when Bitcoin fell for nine straight weeks. Or when Ethereum fell below $1,800 for the first time since 2021.

Crypto investors are in this for the long haul. Therefore, will Dogecoin ever go back up? I’d say it’s only a matter of time. Investors who are willing to hold strong during this difficult market may get the chance to look back with a grin as they reap the rewards somewhere down the line. In the meantime, you may want to discover the best investment newsletters that can help you balance your portfolio as you weather the storm!