XRP Crypto News – What Does the Future Hold?

Keeping up with the latest XRP crypto news can be challenging with so much going on. The cryptocurrency is dealing with an ongoing SEC case that seems to be weighing on its value. Holders of XRP are on the edge of their seats, waiting for a final decision.

With that being said, XRP is still up over 350% since the beginning of the year. That’s pretty incredible returns for something under scrutiny from the SEC.

XRP’s market cap is just below $50 billion, making it the 6th largest crypto. Not only that, but it was also one of the best performing digital assets during the third quarter, growing 43.3%.

Keep reading to discover the latest XRP crypto news that can significantly affect the cryptocurrency’s value. 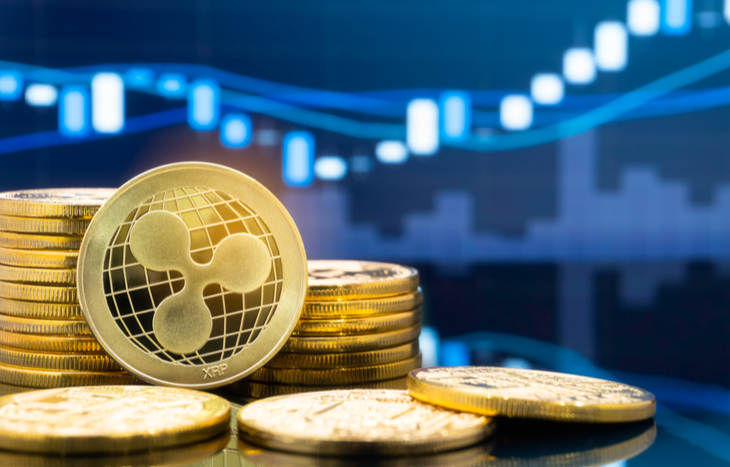 Arguably the most critical XRP crypto news making headlines is the SEC lawsuit surrounding the creator of XRP, Ripple. The lawsuit started last year and has since turned into a back-and-forth battle. Here’s a quick rundown of what’s happened so far:

The allegations took a toll on XRP’s value, and at one point losing nearly 100% of its value. But, since the General Counsels’ response in January, both parties have gone back and forth on the matter.

However, in March, six XRP holders tried to intervene in the case to “protect their interests.” In response, the SEC argued against it and tried to prevent internal documents from being released. And in September, the SEC submitted a letter to the court stating all papers should be protected by deliberative process privilege.

Now, we are waiting on a final decision on whether the SEC will release the internal documents or not. And, on October 15th, we will hear how crypto and securities experts think about the situation.

To summarize the MoneyGram – Ripple partnership, it just wasn’t mean to be. With that being said, in 2019, Ripple announced a strategic partnership with MoneyGram (NASDAQ: MGI), the money transfer company.

The partnership was seen as a big win for XRP as it was a key partner in digital transfers. But, after the SEC announced its lawsuit, MoneyGram and Ripple decided to suspend the partnership. And the latest shows MoneyGram is signing with the competition.

On top of this, MoneyGram announces they are partnering with Stellar, a decentralized platform and competitor to Ripple. Rather than using Ripple’s Blockchain, the company is now using Stellar to allow global money transfers.

Despite the ongoing SEC lawsuit and partnership falling through, the latest XRP crypto news is more on the positive side. Here’s some positive news impacting the company.

In late March, the company makes headlines again by acquiring a 40% stake in Tranglo. The news is significant as Tranglo is the leader in Asia for cross-border payments.

Furthermore, the move gives Ripple a foot in the door in a continent that has many currencies. As economies become more connected through the internet, this can be a significant opportunity for Ripple and XRP.

Another positive for XRP comes as they launch On-Demand Liquidity (ODL) in Japan. Additionally, the service is being offered through the largest money transfer provider in Japan, SBI Remit Co. Ltd.

The news benefits XRP as it will be available for customers to use to reduce operational costs and allow them to scale. It also places XRP in the middle of one of the biggest crypto markets in Asia.

The move is a testament to Ripple as a company as the CBDC needs to be secure and efficient.

The latest XRP crypto news is another positive as the company is entering the lucrative NFT market. Using the XRP ledger, the company is funding a $250 million investment to promote the creation of NFTs applying the technology.

The NFT market is heating up with record volumes in the third quarter. According to research from DappRadar, NFT trading volume grew 704% from the previous quarter to $10.67 billion.

How the Crypto News Is Affecting XRP

With all this XRP crypto news, it’s been a wild ride for the cryptocurrency holders. Despite the negative information, the crypto is still up over 330% in the past year.

Although XRPs value climbed over $1.90 per share in April, it has been volatile ever since. After reaching a yearly high, XRP sank 60% in less than a month. And within another three months, XRP was sitting just above $0.50 per share, over 100% loss from its highs.

Since then, the crypto has managed to climb back over $1.10. Even though the digital asset reached a new yearly high earlier this year, it still hasn’t managed to break past its all-time highs set in 2018.

Can the latest XRP Crypto news push it to new heights, or will the SEC spoil the party? We will find out more when the experts speak on October 15th.

And finally, the cryptocurrency environment can change swiftly. To ensure you don’t miss out on the next best crypto opportunity, enter your email below for free access to Manward Financial Digest. The free e-letter comes loaded with insights from crypto expert Andy Snyder.

In fact, Andy is currently detailing an opportunity that may have more potential than the king of crypto, Bitcoin. Learn more about it through the exclusive newsletter. Stay ahead of the game and sign up today!