AT&T Stock News: Will the Business Restructure Pay Off?

AT&T (NYSE: T) has been disappointing, to say the least, down nearly 10% this year. But, recent AT&T stock news may change that.

Since the pandemic, the media and wireless communications company has struggled with revenue falling in six of the last eight quarters. Yet CEO John Stankey has plans to turn the company around. At a recent Goldman Sachs conference, Stankey updated shareholders, saying the company has “successfully restructured.”

Not only that, but the dividend stock is approaching its lowest price since 2018. Can the latest AT&T stock news give the company a much-needed boost? Let’s see what’s in store. 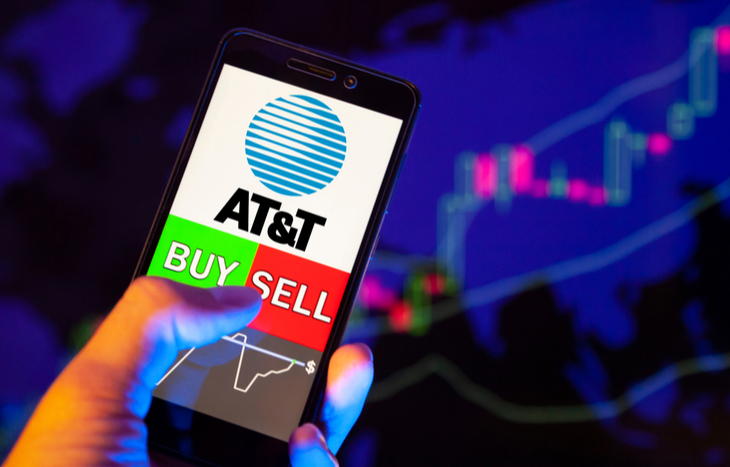 In mid-May, AT&T shocked investors by announcing its spinning off WarnerMedia and Discovery to create a standalone company. The move comes as the streaming market is heating up and will help them compete with companies like Netflix (Nasdaq: NFLX) and Disney (NYSE: DIS).

The deal is purely stock, with AT&T collecting an additional $43 billion. As a result, AT&T shareholders receive 71% ownership, while Discovery investors get the remaining 29%.

In light of this, management suggests the transaction will create value for shareholders through:

With this in mind, Stankey said that he believes the transaction will go through mid-next year at the Goldman event. In the meantime, the company is focusing on expanding its media DTC reach.

From the company’s standpoint, the spinoff makes sense to save unnecessary costs and bring together its resources to give it a leg up in the streaming market.

In recent AT&T stock news, another big transaction comes as the company decides to spin off DirecTV in a deal with TPG Capital. The agreement establishes a new company (DirecTV) that owns the video businesses – DirecTV, AT&T TV and U-verse.

Consequently, AT&T will give up its video business in return for preferred shares and 70% interest in the new company.

Again, the deal is in AT&T’s best interest. It helps the company lower its overall debt while still holding a relatively large interest. As a result, the wireless giant received $7.1 billion in cash and disposed of $195 million in debt.

That said, AT&T is looking to cash in on the growing demand for 5G wireless. Altogether, AT&T has invested more in wireless operations in the U.S. than any other public company in the past five years, totaling over $105 billion.

AT&T stock news reveals that the company is starting to see higher demand for mobile as a result. The faster, more reliable network is attracting customers in large numbers. In the third quarter, the wireless carrier added 928,000 paying phone users. In comparison, Verizon (NYSE: VZ) only added about 429,000 during Q3.

The 5G market is expanding quickly, and AT&T is putting itself in the middle of the movement.

With an extensive restructuring this year, the third quarter was a revealing one for the wireless giant. Despite slimmer sales than in past quarters, AT&T is becoming more profitable, with the cost of revenue falling 15% from Q2.

What’s more, the company is now seeing higher demand for its services. With this in mind, here are a few highlights from the report.

One of the biggest takeaways from the company’s Q3 report was the growth in communications. As I have noted, the company added +900,000 postpaid phone users in the quarter, over 100% more than rival Verizon.

Another key point to mention, wireless revenue climbed 7% while achieving a 31.1% operating margin. So far, the company’s 5G investments seem to be paying off. And as a result, AT&T’s status remains steady as the leading wireless carrier in the U.S.

Another bright spot from AT&T stock news was the fact that earnings was the firm’s DTC success. Due to the success with the HBO channels, AT&T’s DTC subscription revenue advanced 25%. In addition, total revenue grew over 14% to $8.4 billion.

Likewise, subscriptions grew significantly this year, with HBO max adding 12.5 million to a total of 69.4 million. If the company can continue attracting subscribers to its DTC channel, then we should see AT&T’s top line grow once again.

Given the Latest AT&T Stock News – Is It Time to Buy?

If you are strictly looking at financials, you would think AT&T is losing business. But, the recent AT&T stock news suggests otherwise.

This is a company undergoing an internal transition. And as a result, it’s becoming more profitable while aligning its focus for the future. With this in mind, T stock is down over 10% in 2021 with falling revenues.

And on top of this, management is considering cutting the current 8.43% dividend yield post-merger. Although this may be true, it’s in the company’s best interest to use the funds to further its market position.

All in all, the company’s strategy seems to be paying off, with higher demand coming in wireless and DTC markets. Even more, AT&T is expanding into some of the fastest-growing industries in streaming and 5G.

Keep up with the latest AT&T stock news by signing up for the Trade of the Day e-letter below. Market tacticians craft a recap of the most critical market information and send it directly to your inbox. Sign up for the free newsletter today and be the first to know the trends moving the markets.

Finally, AT&T stock is trading in a tight falling range. If the company continues showing promising results, then we should see it break out of its downtrend. On the other hand, if it runs into any speed bumps along the way and growth slows, we could see a further drawdown.