Sticking to a dive into cyclical stocks, today we’ll be looking at five of the best auto stocks for growth. Noting the recent surge in EV interest, all entries on our list are EV manufacturers. The automotive space in general has been hot in recent years, and shows few signs of slowing down. For that reason, this may continue to be one of the hottest sectors for the foreseeable future. With that in mind, let’s look at our list. 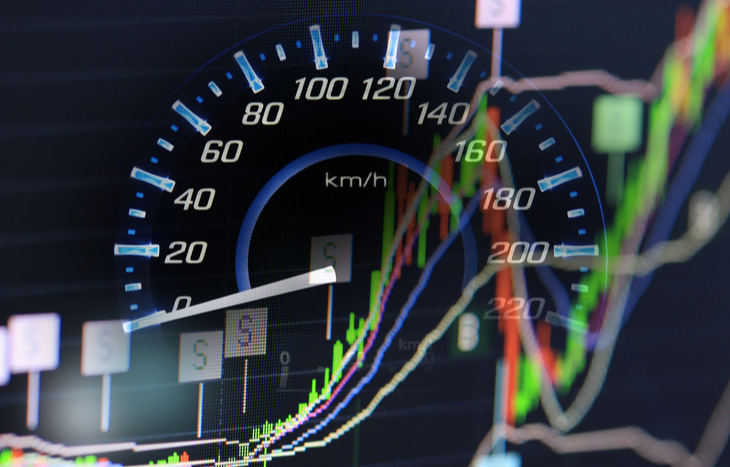 Best Auto Stocks to Invest In

A relative newcomer to the EV space, Arrival has fallen on hard times. In early December of 2020, ARVL hit $37 per share. In mid-June of 2021 the stock price was hovering under $23, which itself was a rebound from previous lows. As of year-end, the stock was trading around $8 per share. Today, the stock is trading under $3.15 – a decline of 91.49 percent in 17 months. As with many other companies in the space, Arrival is not a profitable company. The company also does not expect to be profitable this year, though they hope to continue production and deliveries. Since October of 2021, three financial institutions have released price targets for the company. One, by Berenberg Bank in October, has a price target of $17. In March of this year, Barclays adjusted its price target from $20 to $6.

Despite its fall, there still seems to be some sense of optimism surrounding Arrival. Whether or not the company can capitalize on its potential, and the hot EV space, is another question entirely. If it cannot, it is another failed tech company in a long list thereof. If it succeeds, and meets expectations, ARVL could see share prices more than double this year, making it a great addition to your list of best auto stocks.

In March of 2021, Fisker Inc saw share prices hit $32. The drop was swift, with share prices falling below $10 by May, a decline of about 70% in two months. The stock has continued to experience extreme volatility since then, though it currently sits just above $12. Similar to Arrival, Fisker Inc is not a profitable company, and they are even newer than their counterparts. However, they have captured more mainstream attention than Arrival has. Since February of this year, five financial institutions have either released price targets or initiated coverage on FSR. The price targets range from $16 to $29, and all but one rating was a buy/outperform. The above range represents a potential upside of between 30 and 142 percent.

FSR has been in a downtrend for the past week or so. If FSR continues its downward trend, it may hit its support line around $10 and $10.25. Those levels would represent a prime technical buying opportunity, as the stock has struggled to break below those levels.

Midway through our list of the best auto stocks for growth we find XPeng Inc. While XPEV is just as new as FSR, it has significantly further ahead as a business. While it is not yet profitable, the company announced revenue over $3.2 billion last year. The company has also beat on three out of the past four earnings reports, though while still announcing losses. Similar to Arrival, XPeng Inc saw shares of its stock skyrocket in late 2020. In late November of 2020, shares of XPEV ballooned to around $80 per share. One month later, shares were below $40. While shares have experienced volatile swings since then, the stock currently trades below $26 per share.

Since March 23, 2022, six financial institutions have released updated price targets for the company. The price targets range from $37 to $67 per share, and all ratings are a buy/outperform. That range represents a potential upside of between 42.3 and 157.7 percent. There is some potential for a downside move to $20 in the near future, though not extremely likely.

Oh, how the mighty have fallen. Rivian Automotive Inc had the hottest IPO of 2021. Expected to debut at around $78 per share, the stock instead opened at $106.75 on November 10. It closed the day trading just above $100 per share, a market cap of around $86 billion, more than Ford. However, it was not done, soon thereafter shares spiked to $178. From there though, it’s been as close to straight down as it can get. As of today, the stock trades below $38.50, a decline of over 78.5% in just over six months. Despite being the oldest company on this list of best auto stocks, Rivian has some of the lowest revenue. For Q3 of 2021, revenue was between 0 and $1 million. However, net losses were between $1.2 and $1.3 billion.

Why then, is there any optimism in Rivian? Why does it occupy a space as one of the best auto stocks for growth? Simple, a strategic partnership with Amazon, with the tech giant holding almost 20% of RIVN stock. With Amazon’s backing, the odds of Rivian failing are minimal. In the last five weeks, ten financial institutions have released updated price targets and ratings for RIVN. The range? One sell/underperform rating with a price target of $35 from BNP Paribas. One neutral/equal weight rating and a price target of $40 from Wells Fargo. The rest at outperform/buy ratings, and a price target range between $60 and $130. The sell and neutral ratings represent either no [real] upside or a 10 percent downside. The price targets of the buy rated group represent a potential upside between 55.8 and 237.7 percent.

And finally we have Chinese EV competitor NIO Inc on our list of best auto stocks. Nio was founded in 2014, and like XPEV, has already reported billions in revenue. However, like the rest of the entries, the company has yet to be profitable. NIO saw its stock price peak in January of 2021, hitting around $70. Today, the stock trades around $20, a decline of over 70% in 15 months. In the past four weeks, six financial institutions have released updated price targets and ratings for NIO. All have buy/overweight ratings, and the price targets range from $32 and $60. That represents a potential upside of between 60 and 200 percent. Given its strong revenue, the company seems well positioned to rebound and deliver on its promise.

EV manufacturers occupy every entry on our list of best auto stocks for growth. Given how hot the sector is, that should not be a big surprise. The range of potential price targets rivals most other sectors and industries, and stands well above average market returns. At this point, whether or not these companies can deliver on their promise and reach those heights is a question only time can answer.