Best Tech Companies to Invest In

Looking from good buying opportunities is a crucial part of being a successful investor. While there are things that you cannot control, making well-educated investments minimizes potential pitfalls. So, when looking for the best tech companies to invest in, there are some key factors to analyze. From their price target, current trading volume and RSI, look for indicators of good value. Some stocks check more boxes than others, and today we’ll be looking at a list of five such companies.

Note, all stock listed here will bear similar characteristics. All have over 750 thousand shares traded per day, and have a relative volume above one. All are mid to large cap stocks, are more than 20% off their highs, and are not currently overbought. With that out of the way, let’s start looking at five of the best tech companies to invest in. 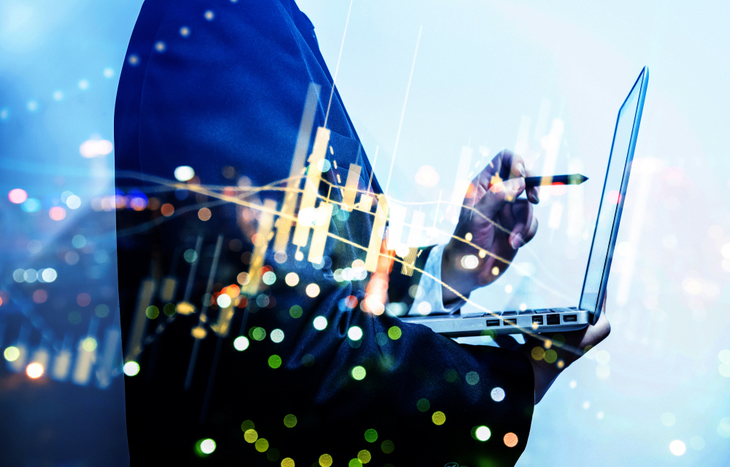 The first entry on this list of best tech companies to invest in is Black Night. It’s a mid-cap software company. Having previously reached a 52-week high of over $84, the stock now trades below $59. However, this is not due to a downturn in performance. The company has beat earnings expectations in each of the last four quarters. In addition, revenue continues to grow and the company has continued to be profitable. The stock has performed extremely poorly this year, underperforming every major index. BKI is down 29.7% YTD, but up 3.7% on the month. Elaborating a bit, the stock began falling on December 31, before hitting its 52-week low on February 24. That fall represented a decline of over 38.2% within a span of less than two months. With two recent price targets of $70 and $71, the stock has a current [potential] upside of just over 20%.

TSM is a semiconductor company, part of one of the hottest sectors over the past two years. It previously reached a 52-week high of $145, and currently trades below $107. The stock has also underperformed the Nasdaq, though not as egregiously as Black Night. Year to date, the stock is down over 11%, though they are up 1.3% over the last week. Similar to Black Night, the stock saw an aggressive correction at the beginning of the year, and only bottomed recently. Beginning on January 13, and ending on March 15 when the stock hit $97.62 – a 32.7% correction.

The company has also performed reasonably well financially. First, TSM has beat earnings expectations on all but 1 of the last four earnings reports. Second, they have increased both their revenue and net income in the last few years. Four recent price targets have placed weights of either “buy” or “overweight” on the stock. In addition, the price target range is between $125 and $170, an upside between 16.8 and 58.9 percent.

Keep reading for more info on best tech companies to invest in.

Qualcomm is a known vanguard in the telecommunications and semiconductor space. Trading at around $153, the stock is over 20% below the highs it hit at the beginning of the year. The stock is down over 16% on the year, and is also down in the last month and week. However, the company has remained profitable, beating earnings expectations in each of the last four quarters. This makes it a great addition to my list of best tech companies to invest in. It has also improved its net income and profit margins in every year going back to 2018. Unlike the previous entries in this list, Qualcomm did not hit its 52-week low recently. Qualcomm’s 52 week low of $122.17 occurred on October 12, its recent low was just under $139.

Another semi-conductor name, KLIC is the first stock named to have outperformed the Nasdaq this year. Year to date, the stock is down under 6.7%, marginally better than the Nasdaq, which is down 7.7% Currently trading below $57, the stock is still on the lower end of its 52-week range. KLIC has a 52-week high of $75.29, and a low of $43.41. KLIC has reported a beat on earnings in each of the last four quarters. In addition, the revenues, net income, and profit margins have all increased in three straight years. Recent price targets range between $78 and $100, representing a potential upside of between 36.84 and 75.44 percent.

The last entry on our list of the best tech companies to invest in is ERIC. It’s a Swedish telecommunications company. Currently trading below $9.40, this stock is also on the lower end of its 52-week range. The company recently bottomed at $7.57, hitting the low at the beginning of the month, on March 2. The stock had been trading at over $12.70 on February 9, a decline of 40.39% in less than one month. It reached its 52-week high last year, when the stock was trading at $14.39. ERIC has failed to beat earning expectations in only one of the last four earnings reports, in Q2 of 2021. The company has improved its net income and profit margins in every year going back to 2017. In fact, the company went from unprofitable to profitable between 2018 and 2019, and has only continued to improve.

Conclusions on Best Tech Companies to Invest In

When looking for the best tech companies to invest in, looking for the biggest names isn’t always the best bet. While these companies may be more established, and less volatile, they may lack the upside of other companies. Trying to find upside is no easy task either, doing so requires proper research, and a reasonable risk tolerance. While the above stocks have largely underperformed the market as of late, they have the potential to appreciate much more. For this reason, they are five of the best tech companies to invest in right now.