Best Stocks for Inflation – 4 Companies to Beat the Market

Lately, there’s been a lot of talk about the best stocks for inflation as key economic indicators are hitting levels not seen since 2008. At the same time, the stock market continues to be volatile. What gives?

Well, for one, the Federal Reserve is still using several of its tools to support the economy. The FED has recently started raising interest rates to combat rising inflation.

Not only that but with inflation levels hitting highs, investors are beginning to question whether the FED will be able to bring the rate down on its own. Seeing that the U.S yield curve is flattening, expectations are starting to reveal themselves.

Will the FED have the tools it needs to address the rising concerns? Sooner or later, they will need to make a decision.

In the meantime, keep reading to find the best stocks for inflation so your portfolio can prepare for what’s to come. 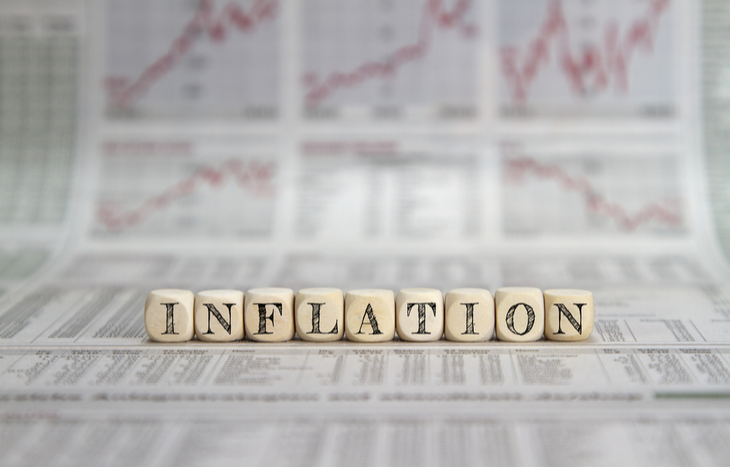 Warren Buffett has seen it all. He’s been through several recessions, inflationary periods and has still managed over 16% annual growth.

His advice, “In an inflationary world, a toll bridge would be a great thing to own because you’ve laid out the capital costs.” That is to say, companies who have already established themselves in their market and their profits will be (relatively) unchanged given economic conditions.

It’s no secret gas prices are on the rise. Part of the reason why gas prices are soaring is because of the cost of crude oil, which rose above $100 a barrel recently. And oil prices are higher on the disrupted supply/demand brought about by the pandemic.

Although nobody likes paying more for gas, oil companies like Pioneer see higher profit margins. As a result of higher margins over the past year, the company is using the additional cash to improve its business.

With Pioneer’s buying of Doublepoint Energy and Parsley Energy, the company is now the largest producer in the Permian. The move allows the company to generate more, for a lower cost.

Not only that, but Pioneer is also rewarding shareholders with larger dividends.

Looking ahead, Pioneer is in a strong position in the oil market. With profitable margins and a solid breakeven point, Pioneer will be one of the best stocks for inflation as we advance.

As I have noted earlier in the article, the U.S yield curve looks to be flattening. The action tends to result from investors expecting increasing interest rates in the near future.

For this reason, banks are some of the best stocks for inflation as rate hikes are generally in store. And what better bank to own than JPMorgan, the largest in the U.S?

On top of this, with consumer prices hitting multi-year highs, JPMorgan will likely benefit from extra credit card & loan purchases.

CEO Jamie Dimon had this to say about the MRQ:

We are making important investments, including strategic, add-on acquisitions that will drive our firm’s future prospects and position it to grow for decades.

Although revenue is decreasing, the biggest bank in the U.S. is still outperforming its peers. Its net income fell 42% in Q1 to $8.28 billion. Even though its net income fell it is still greater than its nearest competitor Bank of America, who brought in $7.07 billion.

The fan-favorite brand is continuously improving its financials with widening margins and impressive revenue growth.

Furthermore, the corporation is now turning to direct consumer sales, which should increase Nike’s profit margins.

Nike’s consumer engagement will continue to benefit the corporation in the future. The company’s strong moat will allow it to expand its market share. Given these considerations, Nike is one of the best stocks for inflation that has proven worthy in the past.

Another popular move for investors hoping to avoid the wrath of inflation is big tech. And now, the biggest of the big tech, Microsoft, has recently become the world’s most valuable firm. The tech company has been able to accomplish this through a brilliant portfolio of innovative products.

Microsoft’s latest quarterly earnings were a big one for the company. It saw growth in several key areas, with total revenue growing 18%. In particular, much of the increase comes from Microsoft’s cloud unit up 32% in the quarter.

In addition, other areas of growth to note:

As you can see, Microsoft is deservingly one of the most valuable companies in the world right now. Its growth over the past few years, combined with its relentless product expansion, gives it the top spot on the best stocks for inflation list.

Is Now the Time to Start Buying the Best Stocks for Inflation?

Now that the economy is getting back on track, the FED is announcing it will be slowing the purchasing of assets. A move that indicates the FED is beginning to take off the training wheels in terms of economic support. The announcement comes as consumer inflation is picking up in things like food.

With that in mind, these are some of the best stocks for inflation that can help keep your portfolio in the green while economic conditions are changing.

These companies are great examples of “toll bridge businesses” that have already laid the foundation and are reaping the rewards. They have established themselves as market leaders and do everything they can to create a favorable situation for investors.