Created to be the “Dogecoin killer,” Shiba Inu Coin (SHIB) has quickly become a cult favorite among investors. Part meme, part currency of the future, SHIB has been a wild ride for anyone that jumped aboard in 2020 when it came to the market. After seeing staggering growth since its creation, the coin’s momentum has dropped off recently. Yet, people are still asking: “Can Shiba Inu reach 1 cent?”

Currently trading for around $0.000012 (August 2022), Shiba Inu Token is well-short of its penny target. Yet, there are plenty of reasons to remain bullish on the coin. In fact, several whales have recently made splashes by buying up billions of coins. Still, there are more than 549 trillion SHIB coins in circulation, making the penny valuation a far-off dream.

Will Shiba Inu reach 1 cent? It’s certainly not impossible; but it’ll need a lot of help to get there. Here’s what the prospects look like for SHIB as it struggles to reach the one cent mark. 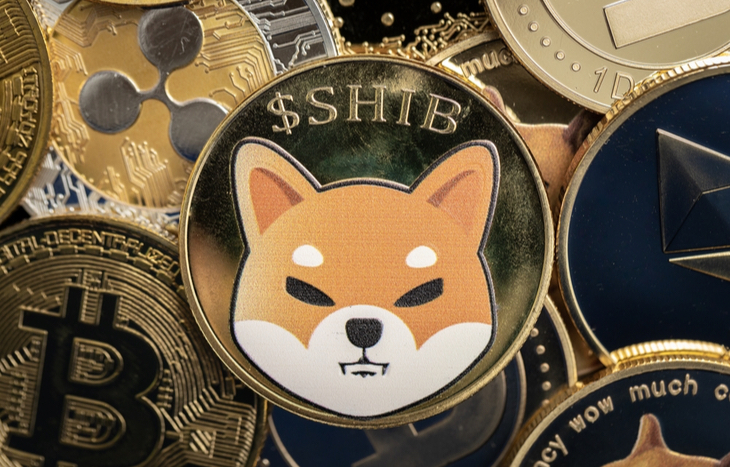 A Look at Price Movement So Far

2022 has been a relatively uneventful year for Shiba Inu coin in terms of price action. The price fell at the start of the year, rallied in early February, and has been relatively stable since May. Volume is hovering below $500 million after averaging upwards of $2 billion daily at the end of 2021.

While the coin has certainly slowed in 2022, one recent event has many speculators excited about the quest to reach one cent. In mid-March 2022, an unknown investor made two transactions, first buying 3.7 trillion tokens, then following a few days later with another purchase of more than 200 billion additional coins. This led to another small pop in price. The investment amounts to tens of millions of dollars: a clear sign of confidence in SHIB.

How Can Shiba Inu Reach 1 Cent?

Closing the gap from $0.000012 to a nice round $0.01 isn’t completely out of the realm of possibilities for SHIB… but it is a stretch. At least, in 2022. For the coin to reach the fabled penny threshold, it’d need to jump over 83,000% before the year is out. And while it’s shown explosive growth in the past, jumping these last few decimal places will take a much more concerted effort on the part of investors.

For starters, the coin float needs to come way down. This is something many investors are already aware of, and already there are attempts to burn coins by sending them to a dead wallet. Vitalik Buterin, co-founder of Ethereum, burned over 400 trillion SHIB ($7.3 billion) of his inherited one quadrillion tokens, representing about 40% of the total SHIB supply. While this represented a significant reduction in supply, will Shiba Inu reach 1 cent?

The good news is that Shiba Inu believers continue to burn coins to tackle dilution. Website Shibburn tracks the number of coins burned against the circulating supply, to track the float. That said, the practice of burning coins can create some cognitive dissonance. Burning coins that are virtually worthless to drive up the price creates a paradox. Since every coin sent to a dead wallet represents an increasingly large loss. As SHIB holders struggle with this, the coin’s value will remain below the magical penny mark.

Coin Float is Just One Problem

Getting the total coin float down via coin burning is only one part of the problem in reaching one cent. For SHIB to continue gaining traction, it needs more practical applications. Right now, it’s not a vehicle for wealth and has no carrying value like Bitcoin or Ethereum. In short: it’s less a crypto currency and more a crypto token.

Bringing Shiba Inu Coin to the masses is more difficult than it seems. While it’s done very well attracting investors as a meme coin, it’s not applicable much beyond its own ecosystem. In December 2021, Flexa added the coin to its payment network, which gives it more avenues for practical transactions; however, it could be months or years (if ever) before adoption coincides with application. That, and current gas prices are too high for SHIB to be a viable currency.

Will Shiba Inu Reach a Penny?

Can Shiba Inu reach 1 cent? This coin faces some hefty obstacles on its way to a penny. That said, one cent isn’t entirely out of the realm of possibility given a few key factors. If the coin can massively increase burn to reduce the float, while also boosting adoption through practical application, we’re likely to see the price appreciate. It all hinges on float and participation. Until the former goes way down and the latter goes way up, it’s unlikely Shiba Inu will reach a penny.