Is ApeCoin the Next Cryptocurrency to Explode In 2022?

If you missed out on the Bored Ape Yacht Club (BAYC) hype in 2021, this might be your chance to make up for it. On March 17, 2022, BAYC released ApeCoin. The coin is already listed on Coinbase. After being listed, the cryptocurrency spiked from $1 to over $7. A 700% gain like this might sound like you’ve already missed the action. But, ApeCoin still only costs $7. We’ve all seen how easily cryptos can soar from $7 to $70 to $700. Let’s examine if ApeCoin is the next cryptocurrency to explode in 2022. 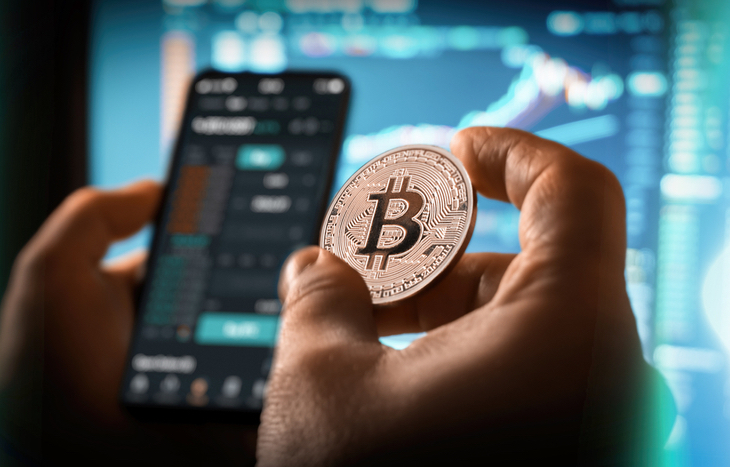 Next Cryptocurrency to Explode: What is ApeCoin?

ApeCoin is a newly released governance token that will be used for the APE ecosystem. The APE Ecosystem is the decentralized community of the Bored Ape Yacht Club. ApeCoin will allow holders to participate in the ApeCoin DAO. This essentially gives them voting rights for community decisions. The coin will also allow holders to access games, merchandise, events, and services.

First things first, this post isn’t a recommendation to buy ApeCoin. Buying cryptocurrencies as a get-rich-quick scheme is almost never a good idea. Their prices are incredibly fickle and volatile. Yes, cryptocurrencies can easily soar from $7 to $70. BUT they can crash from $70 back to $7 just as easily.

This is especially true for brand new coins like ApeCoin. For example, on its first day, the coin spiked from $1 to $40 and right back down to $7. People who bought on the initial surge are already in a world of hurt.

With that said, let’s see if ApeCoin has any long-term potential, and if it’s the next cryptocurrency to explode.

What is the Bored Ape Yacht Club?

The Bored Ape Yacht Club is one of the world’s most popular NFT collections. It’s the project behind the cartoon ape pictures that took over Twitter profile pictures in 2021. Recently, BAYC announced that it’s also buying Cryptopunks and Meebits. This is huge news for the industry.

Cryptopunks and Meebits are two of the next-biggest NFT projects. In particular, Cryptopunks was one of the first NFT projects to get mainstream attention. During the hype, a few punks sold for tens of millions of dollars. Even credit card goliath Visa bought one. However, the project hasn’t really been developed since its founding. Punk holders are eager for some new updates in the community. Enter: Yuga Labs.

Yuga Labs is the developer of the BAYC project. Now, it is also the owner of Cryptopunks.

This merger is the equivalent of Disney buying Comcast and Viacom. Moving forward, BAYC will be the undisputed blue chip project in the NFT space.

All of this is great news for ApeCoin as it will be at the center of this digital community. If the community grows and thrives, the price of ApeCoin will likely follow.

Reasons Why ApeCoin Could Be the Next Cryptocurrency to Explode

There are plenty of reasons why ApeCoin could be the next cryptocurrency to explode. To start, it’s associated with the world’s biggest NFT projects. This means it will automatically get at least some media attention. For NFTs and cryptos, more media attention is usually better since it leads to FOMO.

Fear of Missing Out (FOMO)

Investors who missed the 2021 NFT craze are kicking themselves. Cryptopunks were originally given out for free. Bored Apes also started out incredibly cheap. But, in a matter of months, both projects were selling for millions. Even if you want to buy into BAYC now, it will cost close to $250,000 for an ape. People who missed this first wave (which is most of us) are looking for a second chance. ApeCoin could be that second chance. This applies to get-rich-quick investors as well as investors that actually want to join the BAYC community.

As we’ve seen, all it takes is one small catalyst to send the price of a crypto flying. For example, if Elon Musk were to tweet about ApeCoin the price would probably surge instantly.

By buying the next cryptocurrency to explode (ApeCoin) early on, you could get ahead of this FOMO.

When it comes to NFTs, many investors are still asking “so what?” “So, you own a digital picture of a monkey? Why is that worth $250,000? What’s the point?” To an extent, these investors have a point. However, we are currently witnessing a turning point for the world’s biggest NFT community.

Over the coming years, the advantages of owning an Ape will start to become much more clear. This is because, with ApeCoin, the community has much more money to invest in itself.

Here’s where that money is going:

BAYC is like a young company that just went public. So far, it has mostly been planning and building. Now, it has plenty of capital to put its plans into action. As these plans come to fruition, it’s easy to see the price of ApeCoin surging.

ApeCoins are the “shares” of the BAYC community. If you believe in the future of the BAYC project then owning ApeCoin is a way to share in the growth.

With that said, there’s absolutely no guarantee that ApeCoin will be the next cryptocurrency to explode.

What’s the Worst that Could Happen?

There are plenty of reasons why ApeCoin could fizzle out. The first reason is what every non-Ape-holder is hoping for…

The Peak Could Be Behind Us

It was wild and entertaining to watch people spend millions of Bored Apes in 2021. But, it still just seems expensive. $250,000 is the absolute minimum that you can buy an Ape for right now. In 2021, dozens of celebrities bought Apes. It became the trendy, cool thing to do. It was an exclusive club. But, does it really have the staying power? Are Steph Curry and Jimmy Fallon going to show up to BAYC real-life events?

Keep reading for more info on the next cryptocurrency to explode.

The Community Could Lose Momentum

There are only 10,000 Apes available. Money aside, this means that only .00003% of the U.S. population can ever own an Ape. Let’s say that the big-name celebrities sell their apes. Then, the news cycle changes, and people find other things to talk about. Over time, it’s easy to imagine that the BAYC community could just lose momentum. Ape holders might still love the community. But that doesn’t mean people will pay six figures to buy into it. If this happened, ApeCoin would probably shrink to a fraction of its current $7 value.

Granted, the community is growing to include Mutant Apes, Kennel Club, and now Cryptopunks and Meebits. But still. It’s a small community.

By “memeified” I mean that people treat it as kind of a “get-rich-quick” joke. If ApeCoin really is the next cryptocurrency to explode in 2022 then it will get tons of media attention. Most likely, it will get lumped in with GameStop, AMC, Dogecoin and others. Overall, this would be a bad thing for the community. Investors could start to discredit the community as a serious investment, just as we’ve seen with GameStop and AMC. After a brief pump, this could cause ApeCoin to slowly fall in value.

I hope that you’ve found this article valuable in learning if ApeCoin is the next cryptocurrency to explode in 2022. Please remember that I’m not a financial advisor and am just offering my own research and commentary. As usual, please base all investment decisions on your own due diligence.