Casper Crypto: Why CSPR Could Be a Savvy Investment

The idea of Casper crypto (CSPR) has been around for some time. The development team behind it began this project back in 2015. However, it went through a whole lot of development before launching its mainnet in March 2021.

For the uninitiated, a mainnet is an independent blockchain that runs its own network. And this is where you can use CSPR crypto. This is as opposed to a testnet like Wilder World, which is the native token of the immersive 5-dimension metaverse built on the Ethereum blockchain. You can read a little more about that here. 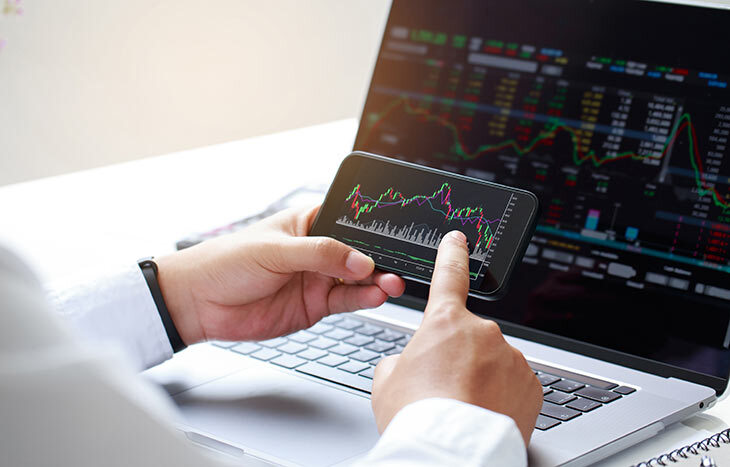 The organization behind Casper is CasperLabs. It’s made up of an impressive collection of former executives from the likes of Google (Nasdaq: GOOG), Microsoft (Nasdaq: MSFT) and Adobe (Nasdaq: ADBE). Though that’s not the only reason to be interested in this token.

Casper crypto was first launched via an initial public token sale on the exchange CoinList. However, the token has since spread to several other exchanges including Gate.io, Huobu Global and OKEx. In addition to the expanding presence of its token, CasperLabs has also established a nonprofit organization called the Casper Association. This entity oversees the continuing evolution of the Casper Network.

Furthermore, it appears that Casper is gunning for a similar model to Ethereum. More and more developers are building projects on the Casper blockchain. It’s now home to non-fungible tokens (NFTs), decentralized finance tools and gaming projects. The last time we saw a token with this much promise was in the case of Solana. And the Casper team has an additional trick up its collective sleeve that just may give it a leg up on the competition.

Why Casper Crypto Should Continue to Rise

Now, let’s get down to the nitty gritty… The Casper Network is a Proof-of-Stake (PoS) blockchain. Developers like this model. And that’s one reason why blockchain-enabled products are being developed on it.

Another reason to like Casper is it features lower transaction costs than most. This is because it’s built on the PoS protocol Casper CBC. Another reason this is noteworthy is because it’s the same model the Ethereum network is likely to enact in the future. And that could give the Casper a leg up on the competition. This is one reason some analysts refer to Casper as the “final evolution of Ethereum.”

If that was all there was to the Casper network, that would be enough to sit up and take notice of Casper crypto. But there are actually additional impressive features to peel back the layers on…

Casper also enables smart contracts which can be upgraded. Even ones that have already been deployed on-chain. This can greatly reduce the need for migration of development processes. This also acts as another layer of security. That’s because if or when smart contract weaknesses are detected, patches can quickly and efficiently be deployed.

This is a big difference from how smart contracts are usually developed. For the most part, people are unable to edit smart contracts. However, the ability to upgrade them offers a way for products and services to adapt to the evolving needs of those who use the Casper network.

Then of course, there are the lower gas costs. The Casper network’s PoS method reduces congestion. And the network’s gas fees can help improve price stability during periods of high transaction volume. The team is also developing a gas futures market. This will allow developers to buy gas ahead of time at a set price.

Finally, on to the CSPR Token

Obviously, the entire Casper blockchain network is supported by its native currency, CSPR. Casper crypto is rewarded to the network validators who process on-chain transactions. When it was first release on CoinList, a total of 800 million tokens were released. Since then, the total supply has grown to around 2.5 billion. That total supply has grown in accordance with the development team’s inflationary issuance schedule.

For more details, you can read the Casper crypto whitepaper here. But suffice to say, there are a lot of progressive ideas there. The Casper network and its native token could wind up taking the crypto world by storm. And considering it’s currently trading for around $0.15 a token, we think it’s worth the gamble. We don’t suggest anyone empty their savings account and drop it on a slew of Casper crypto. But picking some up to put in your favorite wallet for safe keeping could pay off in the long run.

On top of all this, because the executive team is made up of some well-known folks, there’s virtually no reason to worry about this being a crypto scam. That’s not to say this project will definitely fulfill all of aspirations. But it’s already making good on a lot of them. And that bodes well for the future of Casper crypto.

The Bottom Line on Casper Crypto

As far as cheap cryptocurrencies go, Casper crypto is certainly one to watch. There’s an exceptionally strong team behind it. And the tokenomics behind it make a lot of sense. While we don’t predict this will be catching up to the likes of Ethereum in terms of price soon… Over an extended period of time, it’s not out of the realm of possibilities.

Beyond that, the Casper network has a strong chance of upending the NFT and DeFi worlds – while giving Ethereum a run for its money. If developers continue to flock to the Casper network, the underlying token could start growing quickly.

If you’re looking for more investment opportunities in the crypto space, we suggest signing up for the Manward Financial Digest e-letter. In it, crypto expert Andy Snyder has been helping investors identify what he calls the next-generation cryptos. These are the token poised to revolutionize the way we all interact with blockchain technology in the future. If you’d like to learn more, all you have to do is enter your email address in the box below to get started.