Blockchain Technology: How It Works and How It’s Changing Everything

Blockchain technology is ushering in a new wave of the digital revolution. First and foremost, it is the backbone of cryptocurrencies. Crypto has had a very disruptive impact on financial markets.

This relatively new asset class is being included in portfolios for some Morgan Stanley (NYSE: MS) clients. A crypto checkout feature was added to PayPal’s (Nasdaq: PYPL) services. On the other end of the spectrum, the disruptive nature of crypto has led to India considering a ban on crypto. And China has begun to roll out its own digital yuan. 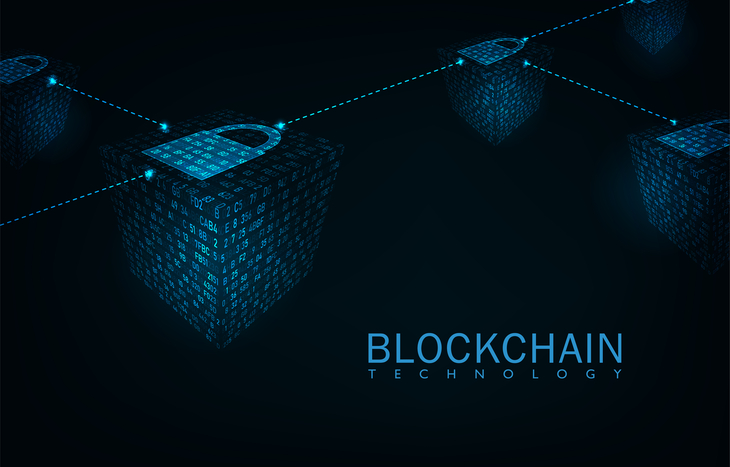 As these reactionary measures are being taken, cryptocurrencies have been having one heck of a year. The meme-based Dogecoin shot up in value – seemingly out of nowhere. And new coins like Elongate and SafeMoon are enticing new crypto investors. On top of all of this, one of our favorite crypto exchanges, Coinbase (Nasdaq: COIN) is now listed on a major exchange.

It’s clear that blockchain technology has already had huge impacts since it was introduced in 2009. Back then, you could get your hands on some Bitcoin for well under a penny per coin. Now that it has ballooned in price (to more than $60,000 at times), it’s minted more than 100,000 millionaires, according to some estimates.

But cryptocurrencies are just the tip of the iceberg when it comes to blockchain applications. This technology is poised to make the leap into everyday transactions. And the gains for early investors could be huge. But before we get to those…

A Brief History of Blockchain Technology

As we alluded to above, blockchain technology started with Bitcoin. Because you can’t physically hold Bitcoin – or any cryptocurrency for that matter – it was vital to develop a safe, secure and transparent digital ledger for every user’s account. The creators did so by developing a global distributed ledger.

This global network of unassociated computers used blockchain technology to collectively manage the database that recorded Bitcoin transactions. To break this down a little further, Bitcoin is managed by its network of individuals… not by any one central authority. This right here is the crux of cryptocurrencies’ decentralized nature. This is why so many hard-line crypto investors prefer it to traditional transactions.

Anytime someone uses a credit card, debit card, ATM card, PayPal or pretty much anything besides crypto or cash, all of the details are collected in a centralized database. This database keeps all the transactions and customer records. And that can be problematic.

Centralized databases can be, have been, and will again be hacked or breached. It wasn’t that long ago that the largest data breach ever occurred. When the Yahoo data breach happened, it affected the sensitive personal information of all 3 billion Yahoo account holders. At the time, that was just shy of half the world’s population. So it’s easy to see the problem with a centralized means of data collection.

And therein lies the beauty of blockchain technology. Because it is decentralized, a hack or breach of the system is virtually impossible. Here’s why…

A Safer Store of Information

Blockchain technology, through encryption, securely records transactions and stores them in blocks on the network of computers that has access to the blockchain. That way everyone in the network has an opportunity to verify any transaction they made.

The key word there is “they.” If you weren’t part of the transaction, you can’t tamper with it. You can modify only transactions you are involved in. And the person or persons you are transacting with must also agree to these modifications.

This replication process makes hacking transactions or data extremely difficult. To hack one block of information, a person would need to go through all the blocks before it in the chain.

So if your transaction is in block number 3,451, to hack that one block, a hacker would need to go through the 3,450 blocks before it. And keep in mind, the system is updated constantly. That’s one reason the Bitcoin network is so secure.

Unlike a central database or a central server, there’s no single target to attack. My computer, your computer and the thousands of others that have made transactions are the server. This is how the power and security of blockchain technology is distributed through the entire network.

From Bitcoin to Broader Adoption

The blockchain protocol – in the form of global distributed computations – ensures the integrity of the data exchanged among billions of devices. And it negates the need for a third party or centralized database.

The beauty of blockchain technology is that it can be programmed to record almost anything of value or importance. It’s a safe place to store birth and death certificates. Deeds and titles of ownership would be about as secure there as in a safe in your home. Financial accounts, voting records and medical records could and probably will be migrated onto blockchain technology.

While this is good news for much of the world, not everybody is thrilled with the disruptive possibilities of the blockchain. As more information makes its way onto blockchains, there will be less need for third-party organizations to verify and keep track of information. It’ll all be right there at our fingertips.

It’s a much simpler way to keep track of things. There will be less need for unnecessary middlemen. And everyone will have access to what they did.

This is why so many companies are so eager to apply blockchain technology to their respective businesses and industries. Big companies like Microsoft (Nasdaq: MSFT) and IBM (NYSE: IBM) are working on developing software for blockchain use. Wall Street giants like JPMorgan Chase (NYSE: JPM), Goldman Sachs (NYSE: GS) and Bank of America (NYSE: BAC) are trying out some of the technology as well.

Blockchain technology has already created an extremely trustworthy model in the financial sector it was born from. It’s led to increased transparency. It’s all but eliminated the need for regulators. It can conduct transactions cheaper and faster than traditional means can. And that’s exactly why it’s rapidly spreading far and wide.

The Bottom Line on Blockchain Technology

We’ve only begun to scratch the surface of blockchain technology’s capabilities and applications. As it branches out from the world of cryptocurrency into the more mundane, mainstream functionality, early adopters will be rewarded handsomely.

If you’re looking for ways to get in on the action, check out our list of six blockchain stocks to invest in here. But if you’d prefer to stick to crypto, we highly recommend checking out this piece explaining everything you need to know to win with digital currency. And if you like what you’ve been reading, we suggest signing up for the Manward Financial Digest e-letter below. By doing so, you’ll learn everything you need to know in order to be a successful trader.