Coal stocks are a type of overlooked investment area. And it’s one that can bring slow and steady returns, kind of like a train. For long-term investors, they’re a wise option. Nearly 30% of all our electricity still comes from coal. And demand is still high.

Estimated growth for coal production worldwide has a calculated annual growth rate (CAGR) of 2.3%. Additionally, there are many different types of coal. And there are several uses for it, too. There are six different areas coal can be subdivided into. Plus, the determination of whether it is coking coal or thermal coal.

And we use coal for many various uses. For instance, electricity creation, cement production and metal production to name a few. So, it wouldn’t be far-fetched to predict that coal stocks will rise. Especially with the governmental infrastructure package. So, let’s take a look at the top coal stocks to buy now. 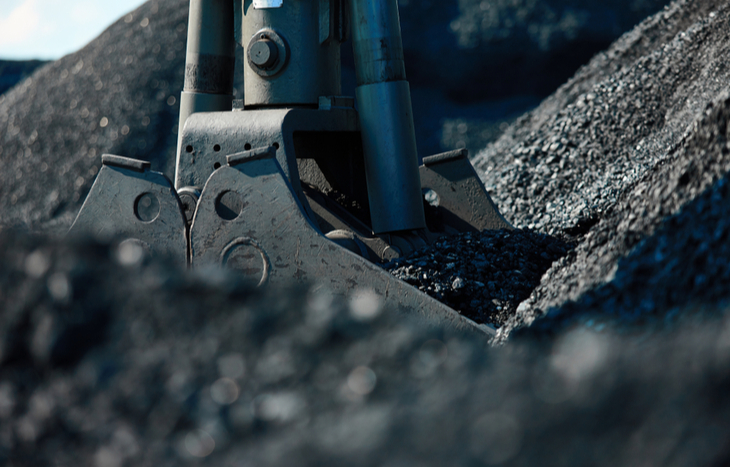 Alpha is a coal stock that is active all around Appalachia. Especially the northern and central parts. Its market cap is over $1 billion.

And although it doesn’t sport a dividend, business has been picking up recently. In addition, profit margins are nice and high. And stock price has been coming up fast in the past few years or so.

And, the company has many mines, almost two dozen.

This coal stock holds many diversified assets. And coal is only one resource they produce. Soda ash, oil and gas are all included in its list of offerings. Located in Houston, it owns mineral rights and operates across the country.

In over 30 states across North America, the 10 million acres they own turns the map into a patchwork quilt. Most of this land has not been developed. But the company has a plan and the according licenses to lease it. Specifically, to parties who will develop and operate it.

This coal stock is the largest private coal producer in the world. And, it owns the single largest mine in the world for it.

They pride themselves on doing business with the least environmental impact possible. And, it even does some land restoration.

In addition, several awards for excellence have been granted to Peabody. One of those is a global award for responsible mining. Another is an award from Queensland, Australia recognizing women in mining.

Alliance is the second largest coal company in the U.S. Oil and gas are also products it offers. And they work all over the U.S. to get these. The company owns rights to about 1.5 million acres in several states.

But, it mostly operates out of two locations. And those are the Illinois Basin and in Appalachia. Additionally, in 2020, it sold over 28 million tons of coal. And it had about 1.7 billion tons in reserves.

Recently, the company announced that its revenues and income are up significantly.

Ramaco offers a dividend. I know, it’s the news you’ve been wanting to hear since you started reading this post, right?

Well, maybe only to an extent. However, the dividend isn’t super high at about 2%. But, it’s enough to give you a little extra something. And at the end of the day, there’s no investor that doesn’t like that.

Profit margins are great for this coal stock. And recently, it’s had a couple of independent directors resign. So, it brought in new ones to fill its place.

Consol Energy is another coal stock that operates in the Appalachian Basin.

Recently, it announced plans to reduce emissions in the next five years. And, it plans to have net zero emissions by 2040.

The company owns mines with millions of tons of output each year.

Warrior is a coal stock that offers a small dividend, but a dividend, nonetheless. Its profit margins are very high right now. That’s to be expected with the rise in the market. Plus, stock is nearing an all-time high.

The company is in Alabama with some of the deepest mines in the world. Warrior’s able to mine about 8 million tons per year from these. But the reserves it holds has over 300 million tons. So, the potential for growing capacity is clear. And, if it chooses not to, it’ll have a nice store of coal to last many years.

Peabody is the largest supplier of coal in the United States. And Arch Resources is the second largest. This coal stock has been doing very well in the past year and a half. It’s up over 230%, and still climbing.

A 1% dividend is offered by Arch. Operating out of St. Louis, they mine in West Virginia, Wyoming and Colorado. It provides mainly to the steel industry. Which is a big one that will be needed with the infrastructure upgrades.

SunCoke is a coal stock that offers a nice dividend yield of over 3%. Its market cap is almost $600 million, so it has plenty of room for growth. And that may be much easier in the next months and years.

The company has a mission to provide efficiency and high-quality products. But at the same time, it also makes sure those products are obtained safely and responsibly.

Morien is a coal stock that has headquarters in Nova Scotia, Canada. The management team has many decades of experience in their fields. So, they know the ins and outs of the business. And the company does its best to keep increasing profits and efficiency.

Anglo Pacific is a coal stock that headquarters in London. And as such, you can also find it on the London Stock Exchange. It operates on five different continents. And these include Australia, North and South America and Africa.

Additionally, Anglo Pacific produces many other basic materials besides coal. And, they focus on maintaining their assets to be clean and healthy for the environment.

White Energy is a company that does business all over the world. Based out of Australia, it conducts business there, too. Also, China, Indonesia and the United States.

Profit margins for this coal stock are over 50%, which is a big reason I added it to this list.

Commodity Investing Best Commodities to Invest in for Growth in 2022

Investment Opportunities COTY Stock Forecast: What to Expect from the Transformation

Crypto EverGrow Coin Crypto: Why A Big Rise In Value Could Be Coming