But is Coinbase a good investment opportunity? Here’s what we know… 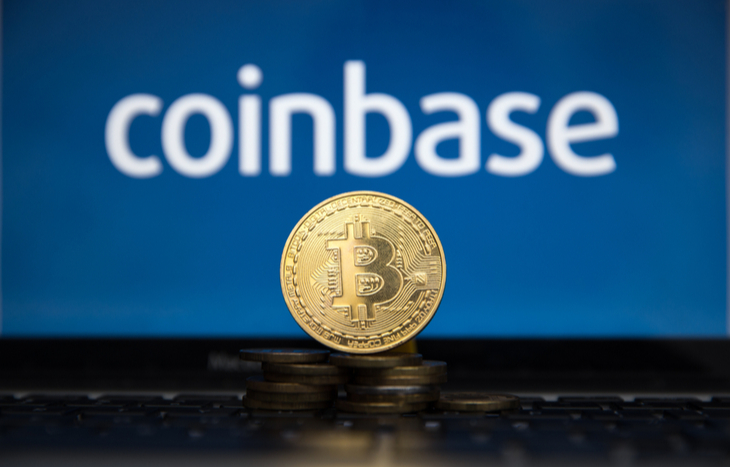 CEO Brian Armstrong and Paradigm co-founder Fred Ehrsam founded Coinbase in 2012. For those unfamiliar with Coinbase, it’s a cryptocurrency exchange. Its main goal is to provide economic freedom for all by providing access to the “cryptoeconomy.” According to Armstrong…

When I first read the Bitcoin whitepaper back in 2010, I realized this computer science breakthrough might be the key to unlock this vision of the future. Every payment could be as fast, cheap and global as sending an email. Cryptocurrency could provide the core tenets for economic freedom to anyone: property rights, sound money, free trade, and the ability to work how and where they want… Higher economic freedom correlates with the kind of societies that we all aspire to create. Our job at Coinbase is to help make this future a reality.

Although known for trading Bitcoin, one of the best-known cryptocurrencies, the Coinbase platform offers more than 90 crypto assets for trading or custody. In addition to asset trading, Coinbase offers subscription products and services. Coinbase has 43 million retail users, 7,000 institutional users and 115,000 partners. Its operations expand over more than 100 countries.

Coinbase is making headlines for a big reason: It announced the Coinbase IPO filings are public. And that means Coinbase stock is right around the corner. So let’s take a deeper dive into the cryptoeconomy and the opportunities it may, or may not, present.

Cryptocurrency grew tremendously in popularity over the last couple of years. Many investors seem bullish on the idea. And Bitcoin recently surpassed the $50,000 mark. But before we talk about Coinbase’s market opportunity…

Cryptocurrency is essentially digital money. It’s based on blockchain technology. The idea of cryptocurrency is that it’s decentralized currency. What does that mean? In short, it isn’t controlled by one person, entity or government. In addition to increasing social and institutional adoption, some think of cryptocurrency as a “safe haven” from government market manipulation.

The Coinbase IPO filing doesn’t give much information about the crypto market and its opportunities. However, the company stated the following:

Similar to the early days of the internet, this evolution will take time, but we expect the cryptoeconomy to expand into the mainstream and touch every individual and business around the world in the coming decades. While we are still in the early stages of adoption, the market value of exchange-traded crypto assets was already approximately $782 billion as of December 31, 2020.

To get a better idea about where the cryptoeconomy is heading, here’s some insight from our crypto expert, Andy Snyder.

Notes From the Expert

Andy Snyder, founder of Manward Press, hit on Bitcoin and cryptocurrency recently. Since cryptocurrency has skyrocketed in popularity, Andy is guiding his subscribers through the market. In one of his videos, he explains this:

All these companies are putting money into Bitcoin. You can’t think for a second that the fed is just going to pull the rug out from under them and make all this money vanish. It’s here to stay. It’s just a matter of figuring out how it’s going to go forward, what it’s going to look like. To me, that’s the really exciting part… being ahead of that and using some good old-fashioned logic and history to see where all this is going to end. If history tells us anything, what we see today is not what the future holds. There’s going to be variations of it and deciphering that over the next few months and really a few years, if not decades, is where the opportunity is going to be.

Andy also mentioned Coinbase is one of his top three favorite crypto platforms. It’s currently the largest platform based off market cap and volume. For more information on Coinbase as a platform, you can read our Coinbase review. And if you’re interested, you can set up an account.

Many analysts have similar thoughts about cryptocurrency being in its infancy. It’s just the beginning. But changes are coming. Bakkt, another cryptocurrency platform, plans to go public via a special purpose acquisition company (SPAC) IPO. It plans to offer stock in the second quarter of 2021, which is coming up. But whichever comes first, whether it’s Bakkt or Coinbase stock, it will be the first crypto platform to trade on U.S. markets.

In December 2020, Coinbase announced it confidentially filed with the SEC. Now that the filings are public, investors can look at one very important thing before the Coinbase IPO…

Coinbase provided financial data for the years ended 2019 and 2020. And the company has gained investors’ attention. In 2019, revenue was $533.7 million. Coinbase more than doubled revenue in 2020. It grew 135% to nearly $1.3 billion. This demonstrates an increase in interest of cryptocurrencies and other digital assets.

In addition to doubling revenue, Coinbase became profitable in 2020. In 2019, the company recorded a net loss of $30.4 million. However, thanks to increasing revenue and decreasing operating expenses, Coinbase recorded $322.3 million in net income for 2020.

When a company directly lists on the market, it doesn’t sell new shares like in a traditional offering. There are no underwriters. Instead, current shareholders’ stock is listed on the exchange and can be bought by the public. Direct listing is often cheaper and faster.

However, not everyone is fond of direct listings. Each method comes with its own risks, including no guaranteed investor demand. Few companies choose this route. And it’s possible the Coinbase IPO could be the biggest direct listing investors have seen yet.

If you’re looking for the latest investment opportunitites, sign up for our free Manward Digest e-letter! You’ll get daily investing insight and research from our experts. For more crypto opportunities, here’s the first North American crypto exchange-traded fund (ETF). And if IPO investing interests you, check out our IPO calendar to stay up to date on the market’s latest offerings.

As for the Coinbase IPO date? The company hasn’t announced it. But when a company files confidentially and isn’t going the traditional IPO route, the filings must be made public no later than 15 days before the offering. So make sure to keep an eye out for it in the next couple of weeks. Coinbase stock will trade on the Nasdaq under the ticker symbol COIN.