All About the Big El Salvador Crypto Announcement

The El Salvador crypto announcement was certainly one of the bigger news items to come out of the Bitcoin 2021 conference in Miami. The statement came directly from the mouth of the Central American country’s leader, President Nayib Bukele, via a recorded message. The announcement – the first of its kind – could result in a major shake-up in the global financial system. 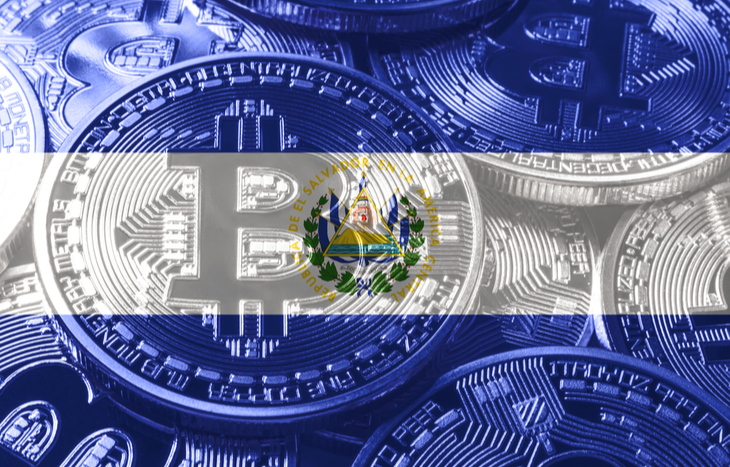 In short, President Bukele announced that his country was in the process of accepting Bitcoin as legal tender. The move will be made in an effort to “design a country for the future,” the president stated. The message was a bit of a shocker… even coming from a young president known to buck the status quo.

However, this decision wasn’t born simply from a passion for futurism. The El Salvador crypto announcement was delivered alongside some interesting plans as well as a promise to offer immediate permanent residence to crypto entrepreneurs…

In the short term, this will generate jobs and help provide financial inclusion to thousands outside the formal economy, and in the medium and long term, we hope that this small decision can help us push humanity at least a tiny bit into the right direction.

And for many of his countrymen, the president’s decision could result in a massive groundswell of Bitcoin adoption as well as a substantial increase in spending power. Here’s how this could shake out…

How the El Salvador Crypto Adoption Will Shake Things Up

First off, President Bukele has a healthy 90% approval rating. This matters because it suggests his people trust and believe in him. So when the bill is pushed through Congress, it could lead to a massive surge in awareness of Bitcoin in El Salvador… if not outright adoption. Because as it stands, El Salvador’s economy isn’t exactly going gangbusters.

El Salvador replaced the colón with the U.S. dollar back in 2001. It was a decision that proved worthwhile for the better part of two decades. But as the Federal Reserve has considerably increased the supply of U.S. dollars in circulation to quell the economic impact of the coronavirus pandemic, there have been negative consequences for other countries… including El Salvador.

From February 2020 to May 2021, the amount of U.S. dollars in circulation has gone up a massive 32%. The money has done well to bolster up domestic financial institutions. However, El Salvadoran banks didn’t receive the same injections of cash. This has led to a decrease in purchasing power for those relying on dollars abroad. And that’s what led to President Bukele’s statement that the actions of central banks are harming economic stability in El Salvador. He’s not wrong. Even if that’s not an intended impact of the central banks’ efforts to infuse cash into the economy.

And that’s why the El Salvador crypto announcement makes so much sense. But not just as a safeguard against a deflating U.S. dollar. It can also have a tremendous impact on the remittance industry. Here’s why…

Bitcoin Bucks Against the Big Banks

It’s a huge first step, especially because nearly 20% of the country’s GDP is derived from money earned outside of its borders – largely in the U.S.
These remittances spell big money for big banks that charge 10% or more to transfer the money internationally. What’s worse is 70% of folks in El Salvador do not have bank accounts. Bitcoin is the solution they need.

It’s true. Roughly $6 billion are transferred via remittances to people in El Salvador. Countrywide adoption of Bitcoin could result in as many as 10 million new users (from both in El Salvador and out). And all of a sudden, as much as $600 million could be saved in fees and put directly into the El Salvadoran economy.

This is the kind of competition that greenback backers feared most from crypto. But the El Salvador crypto push looks to make a lot of sense for the people of El Salvador. As a case study, it will be interesting to see how this works out for the country… and also what kind of impact it will have on the crypto markets as a whole when it goes into effect. Bitcoin and its brethren have been on a bearish run for a bit now. But 10 million new users could result in a massive infusion of cash that will push up the value of Bitcoin. And quite possibly the crypto market as a whole.

The Bottom Line on the El Salvador Crypto Announcement

This is big news for several reasons. Not the least of which is how an El Salvador crypto adoption could shake up the remittance industry. And how that could lead to an additional $600 million in spending power.

This is also intriguing because it’s the exact opposite tract some countries like India and China are taking. Instead of banning Bitcoin and developing a digital currency of its own, El Salvador has taken the path of least resistance. And it’s proof that the U.S. dollar has competition on its hands in the form of Bitcoin.

If you’d like to stay on top of the latest crypto news, we suggest signing up for Andy Snyder’s free e-letter, Manward Financial Digest. In it, Andy uncovers the latest disruptive trends in cryptocurrencies and shares all of the latest investment opportunities he’s uncovered. All you have to do is enter your email address in the box below.