Latest Tesla Earnings Date: The Good, The Bad and The Ugly

Despite record profits and vehicle deliveries in Q4, Tesla (Nasdaq: TSLA) stock is still down over 16% in the past month. The most recent Tesla earnings date, January 26, showed the company is still crushing expectations and is expecting the momentum to continue this year.

Yet overall market weakness, particularly in growth stocks, is weighing on the stock market. For example, the tech-loaded Nasdaq-100 Index (NDX) is down 10% this year in one of its weakest starts ever.

The EV maker is rolling with its fourth consecutive earnings beat now. On top of this, the company is in one of the strongest positions financially since its creation.

At the same time, Tesla stock nosedived after the report dropped with mixed reactions from investors. Will the stock rebound? Do we have more to look forward to with the next Tesla earnings date? Or has the king of EVs reached its peak? Let’s find out. 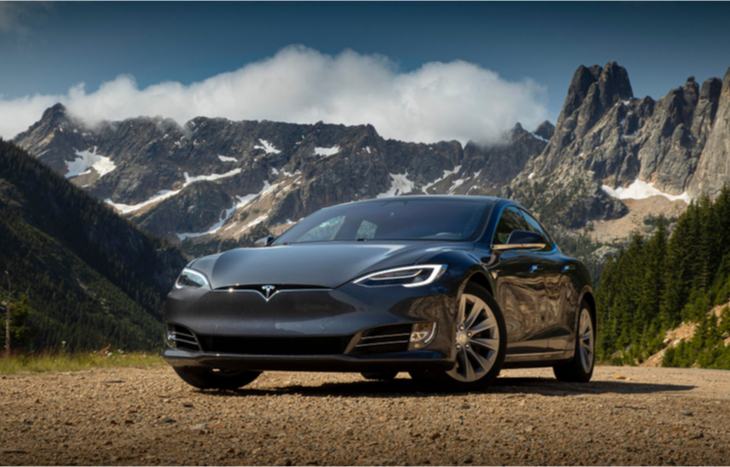 In Tesla’s Q4 earnings, there is a lot to like for investors. Featuring record earnings and strong cash flow, the EV maker is digging its claws deep into the electric vehicle market.

Despite several new competitors entering the market and chip shortages plaguing the industry, Tesla is not slowing down. That said, here are a few of the biggest takeaways from the report.

With another record earnings under its belt, Tesla is showing the demand for EVs is strong. Not only that, but Tesla vehicles, in particular, are still leading the way. Until proven otherwise, Tesla remains firmly in the driver’s seat.

With this in mind, CEO Elon Musk expects “50% annual growth in vehicle deliveries” over a multi-year horizon. Although he also noted the growth will depend on production ability, which may continue to be affected by supply chain issues.

So far, the company is accelerating the production of its two new plants in Texas and Germany. And they are also expanding output at existing plants.

We will see at the next Tesla earnings date in April to see if the company can keep up with its current pace.

Even though Tesla is experiencing exceptional growth, not everything is perfect in Musk-land. First, the company is not releasing any new models this year despite investors hoping to see progress.

With this in mind, that means no Cybertruck, no Semi, and no low-cost EV model. Despite the competition releasing new models such as Ford’s F-150 Lightning. Ford (NYSE: F) already has 200,00 preorders for its EV truck and is closing orders for its new maverick after three days on high demand.

Ford will now have a full year to gain market share before Tesla releases its rival model. Elon says the biggest obstacle facing the Cybertruck is making it affordable while including premium technology.

On top of this, the ongoing chip shortage limits the company’s ability to maximize production. Tesla expects the issues to continue this year, with no end in sight.

Having said that, Ford and GM (NYSE: GM) report earnings this week, so we should better understand how the shortage is affecting the industry.

To be fair, there isn’t anything too “ugly” from Tesla’s earnings. That said, investors clearly didn’t see what they wanted to in Tesla’s latest earnings. The selloff afterward was the worst reaction to earnings in the company’s history.

Last Wednesday, the stock dropped almost 20% in the two days following the latest Tesla earnings date. With high growth expectations this year, investors may be questioning the company’s ability to keep up.

Another key thing to note is Tesla’s valuation compared to its peers. The EV maker is still trading at 100x its future earnings. Compared to Ford trading at less than 10, Tesla stock still looks pricey.

If Tesla cannot hit the massive growth goals ahead of it, shares could see continued selling.

Although Tesla is bouncing back, up over 10% today, they are still down 22% this year. The selloff is cooling Tesla’s strong momentum from the past several years, which is still up over 2,000% in the past two years.

But, the big thing to take away from all of this is the support levels. Tesla stock bounced off important support in the 200-day SMA, a sign of strength.

When a stock breaks its 200-day SMA, it can often mean more selling ahead. Yet, in Tesla’s case, the area acting as support indicates buyers are stepping in. More importantly, relative volume is creeping higher (nearly 2X) as the stock continues finding bids.

Even more, Tesla stock is trading lower than its average price target of $973 per share, offering a 5% upside.

Next Tesla Earnings Date: Q1 2022 What to Expect

So far, Elon and the team over at Tesla are doing an excellent job beating expectations. After several years of struggling to produce and deliver every vehicle possible, the company is proving to be the real deal.

But the company is entering a new era as production comes into focus. After spending a good portion of the past year smoothing out production kinks, Tesla is ready to continue breaking records.

Yet the company’s success will depend on its ability to navigate the chip shortage. Suppose they can continue the momentum even with new competition entering the market. In that case, it will be saying about the company’s standing with consumers.

The EV market is set to continue growing rapidly as experts predict 18.2% CAGR until 2030, reaching over $800 billion. And Tesla continues to lead the market with about 15% market share.

The next Tesla earnings date in April will be critical as the company focuses on maximizing production. If the company can continue overcoming the chip shortage, look for the momentum to continue.