Many investors see renewable energy as a source of growth for the next few decades. Energy companies are ramping up investments in wind, solar and other renewable energies. One thing that separates renewable energy from fossil fuels is that it needs to be stored differently. A great way to take advantage of this trend could be the best energy storage stocks.

Energy storage is needed because of the ups and downs of renewable energy sources. For instance, it is not always sunny over solar panels. And though some places are better for wind than others, the wind comes and goes.

When wind and sun energy are more than users need, the power is stored. Then, when wind and sun are scarce and cannot keep up with demand, users can access the stored energy. In other words, energy storage smooths out the ups and downs of the power given to us by mother nature. 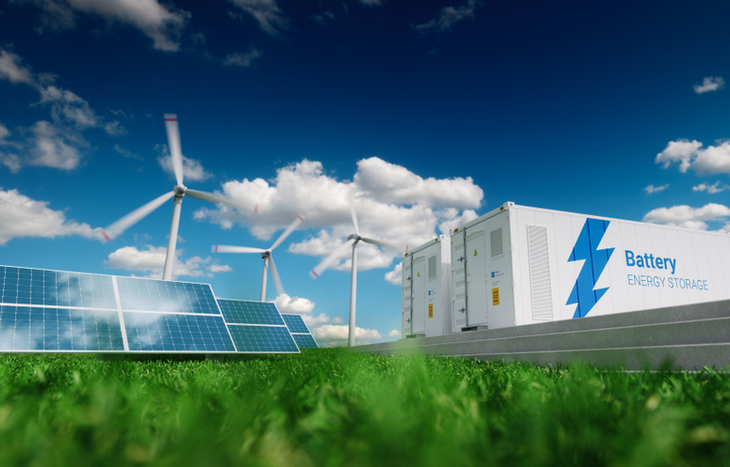 Wind and solar power are not new. Years ago, the technology used to convert energy was new and costly. In fact, companies used windmills over a century ago to grind wheat and cut lumber. More recently, wind and solar energy have been converted to electricity.

Because these forms of renewable energy are more cost-effective, countries around the globe have begun to set renewable energy goals and incentives. For instance, the U.S. has set a goal of reducing greenhouse gas pollution by 2030. Other major countries have also joined the party. Officials in the European Union and China have also set similar goals.

Today, wind, solar and other renewable energy make up only a fraction of the energy produced around the globe. That means renewable energy and energy storage stocks may have a long road of growth ahead of them.

Industry analysts expect energy storage to grow at a rapid 31% through 2030. They expect the U.S. to make up almost half of the growth. If the potential growth of energy storage stocks has interested you, here are a few stocks to consider.

Like the renewable energy market, many energy storage stocks are new. These companies may still be making and developing products that have not been tested yet. When new companies start, they need a huge amount of money to get things going. If the company cannot make enough sales to cover its costs, it could fold before it even gets off the ground.

Even if the company grows sales right off the bat, they still have to make a profit for years to come. If an energy storage company cannot make a profit even as sales go up, the stock could suffer.

The Bottom Line on the Best Energy Storage Stocks

With the worldwide push towards clean and renewable energy there will be plenty of investment opportunities to go alongside. And energy storage stocks are just one piece of an already huge industry that has the potential to grow even more alongside the renewable energy trend.

However, as previously mentioned, with all new technologies there is risk when it comes to investing. So make sure to do your own research and due diligence before making any investment decisions.