5 Things to Know About GGR Stock, the New EV Trend-Setter

The leading battery swap company, Taiwan-based Gogoro (Nasdaq: GGR), is looking to expand its dominant market position. After going public a week ago, GGR stock is already down 40%.

But, what if I told you this could be a chance to get in on the ground floor in one of the biggest EV innovations since Tesla (Nasdaq: TSLA). Gogoro is already well on its way, selling its one-millionth battery in late February.

Best known for its high-performance electric scooters, the company is building an EV battery empire. In fact, its battery swap service is rapidly gaining momentum in Taiwan and the surrounding areas.

Is now the time to buy GGR stock before it gains analyst coverage? As you read further, you will learn why Gogoro leads the market. And then, at the end, we will decide if GGR stock is the right EV stock to add to your portfolio. 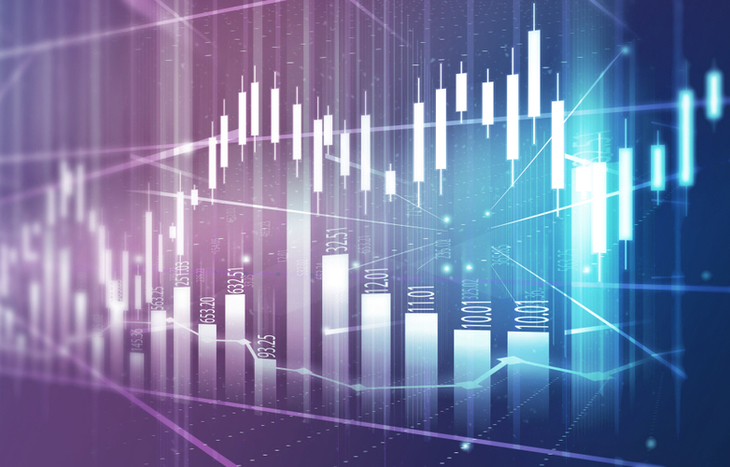 No. 5 A SPAC You Will Want to Watch

SPACs have had their fair share of rises and falls these past few years. In 2020, it was mostly up. But since then, the IPOX Spac Index lost 16% in 2021 and is down another 8% so far this year. But things seem different with Gogoro. The company is reimagining the way people use and share energy.

With energy shortages becoming a concern, GGR stock offers a solution fit for the future. For one thing, Gogoro is using its innovative tech to make way for clean energy in populous cities.

This sounds like a game-changing technology worthy of landing on your watchlist.

Gogoro launched its battery swap service in 2015, and it’s already the go-to option for two-wheel vehicles in Taiwan. For example, Gogoro battery swap is the power behind 95% of all-electric two-wheelers in Taiwan.

Yes, that’s a whopping 95% in a city with over 23.8 million people. Not only that, but the company is expanding rapidly into other major territories such as China (1.4B residents), India (1.4B) and Indonesia (278M).

However, these nations have something else in common. They are also some of the most polluted countries worldwide in 2022.

So, GGR stock has a massive opportunity to expand its product into the most populated nations in need of clean energy.

No. 3 How a Battery Swap Service Works

You might be wondering how does a battery swap service work? Well, the idea is fairly simple.

The process is much quicker than the typical EV charging session. Even a Tesla supercharger takes 15 minutes, giving up to 200 miles.

Swapping batteries makes more sense. Rather than waiting for a half-charged battery, users can receive a fully charged one in seconds.

Scroll to the bottom to see if GGR stock is right for you.

No. 2 Why GGR Stock Is Worth Watching

Besides going public just this past week, Gogoro is also located mainly in Taiwan at this point. So, if you don’t recognize the name yet, you’re not alone.

But what you may not know is that the company makes its tech available for use through its Powered by Gogoro Network (PBGN). The PNGN allows partners to use the battery tech to build their own two-wheel EVs, which can then use the swapping stations, promoting an EV ecosystem.

If a company can build a cheaper EV model using Gogoro’s network, then why not?

For this reason, the firm is partnering with companies in major metro areas. For example:

No. 1 Gogoro Stock Flying Under the Radar?

If you are saying, okay, this sounds great and all, but why is GGR stock down over 40% already. For one thing, EV stocks are down significantly this week. Tesla is down 10%, Lucid Group (Nasdaq: LCID) is down 14% and NIO (NYSE: NIO) 15%.

Yet this doesn’t explain why Gogoro is falling further than the overall market. Looking at the company’s short price history, there was major selling on Monday, April 11.

A possible explanation for this is private market investors selling a part of their GGR shares as the company goes public. At the same time, investors are nervous about jumping back into growth stocks with popular ETFs like ARK Innovation (NYSE: ARKK) down over 50% in the past year.

And lastly, with investors focusing on other sectors such as energy and cyclical, is GGR stock overlooked? Or, it might be due to increasing competition. Both NIO and CATL (Tesla battery supplier) are starting their own battery swap services.

One Last Thought: Is GGR Stock the Right Investment for You?

Nobody can deny the limitless potential this tech can bring to the over $280B EV market. Not only that, but Gogoro is bringing clean energy to markets in desperate need of it.

Most important, Gogoro is rapidly growing its addressable market. Although two-wheel vehicles are not as popular in the west, they are huge in Asia and are expected to continue growing steadily. In fact, new research shows the two-wheel vehicle market is forecast to grow at an annual compound rate of 8.63%.

Gogoro’s battery swap service can help speed up the growing need for EVs worldwide. At the same time, while the firm expands its position, profits are likely a way out. Revenue dipped in 2021 due to less government support. But, as the firm gains momentum, they expect sales to accelerate significantly.

Think of Gogoro as a battery-as-a-service model. Though electric scooters are carrying the sales right now, the battery swap subscription is quickly accelerating. And on top of this, licensing fees are starting to pile up.

Then again, these are very early projections. We will see a clearer picture as the company progresses this year. GGR stock may be worth taking a bet for risk-takers looking to get in on the ground floor.