GOOS Stock: Can a Luxury Coat Brand Be a Good Investment?

The winter is upon us, and you know what that means, coat weather. With a cold front raging through the eastern U.S., bringing frigid temperatures, one company comes to mind, Canada Goose (NYSE: GOOS). Yet GOOS stock is down over 20% in the past three months during its strongest season.

To be fair, growth stocks such as GOOS are down from their highs as investors are taking profits in an overheated market. That said, the luxury clothing brand is still exceeding expectations.

Best known for its high-end coats featuring the prestige red and blue patch, Canada Goose is becoming a global brand. In fact, overseas growth is carrying the company’s top line during its slow season.

But a new return policy in China is threatening the company’s momentum. With GOOS stock approaching its 52-week low, will it make a good investment this winter? Keep reading to find out. 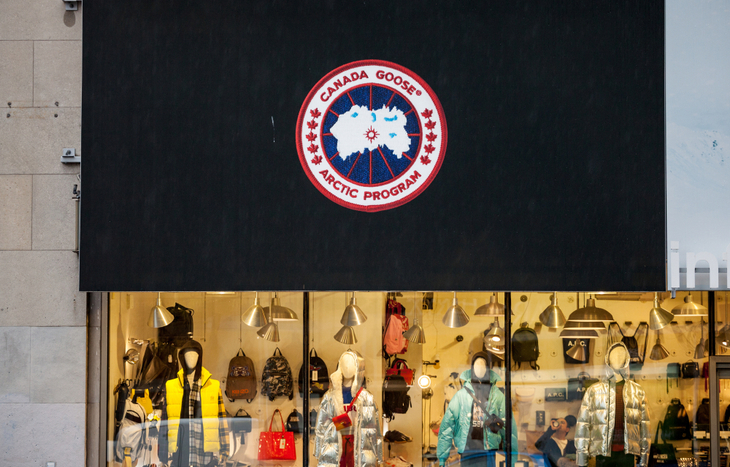 At one point, the luxury brand was a Wall St darling that gained over 380% after becoming a public company in 2017. Yet since reaching an all-time high of over $72 a share, GOOS stock has struggled to generate meaningful returns.

With this in mind, the company has had its fair share of controversy over the years. First, the company hit a rough patch after reports of them using real fur from coyotes. In particular, groups like People for the Ethical Treatment of Animals (PETA) protested using Canada Goose clothing.

However, the company is now committing to going fur-free no later than the end of this year. Although the fur hood was a staple for the luxury coat, the move is part of a broader plan to support the planet.

Then, more recently, the company found itself in hot water again over its new return policy in China. After trying to return a purchase and being turned down, a customer poster her experience online.

According to the reports, the customer was told all products purchased in retail stores in China were non-refundable. As a result, the company was trending in China for all the wrong reasons. People went as far as saying the company is “bullying” while CCTV called Canada Goose “arrogant.”

Obviously, this is the last thing the company needs with China leading overseas growth. China DTC revenue increased over 85% from last year in its latest earnings.

In response, the company is changing its return policy in China so consumers can return purchases within two weeks. But will it be enough to save the brand?

So far, the controversy has yet to show itself in its earnings. But it also happened last month, so we will see the impact in the coming report. That said, GOOS stock is expecting to report earnings on February 3.

Right now, the company is in a solid position to continue growing its brand. Canada Goose’s revenue grew 20% to $184 million in the second quarter. The growth is primarily driven by strong online sales (+33.8%) and an increasing share in China.

On top of online sales, the reopening of retail stores is pushing direct-to-consumer (DTC) revenue up 80% from last year. Although DTC gross margin slipped slightly (-3.1%), overall gross margin improved to 58%

Most importantly, the company is largely avoiding the global supply chain issues with strong inventory levels.

With spending on luxury items on the rise, Canada Goose is set to continue the momentum. At the same time, if it continues finding itself in hot water with consumers, it could affect sales.

Having said this, Canada Goose is raising its outlook for the year. The company is now expecting revenue to reach between $1.125B and $1.175B compared to $1B previously.

Despite solid growth in the past several quarters, GOOS stock is nearing its lowest price in the past year. A large part of why the stock is falling has more to do with the market selling off rather than the business itself.

With this in mind, GOOS stock is down over 45% from its high in November. The selloff is crushing many growth stocks, with investors taking profit in over-crowded trades.

Compared to its peers, GOOS stock is still relatively expensive. If you look at Price to Sales (PS), GOOS is more expensive (4.19) than The North Face’s parent organization VF Corp (2.39).

At the same time, this is generally the company’s strongest quarter, with the holiday season and winter boosting sales. Historically, GOOS stock tends to outperform the first half of the year while giving back its gains the rest of the year. We will see if this is the case again, with strong expectations going into this quarter.

If you like to get technical, GOOS stock is in oversold territory, with its RSI sitting below 30. With Canada Goose raising expectations, can it live up to them despite the tension in China? Look closely at the upcoming earnings report to see if the company is overcoming these challenges.

There is no denying Canada Goose is in a highly competitive industry. Luxury coats are becoming a status symbol for people to show off as they walk down the street. Sort of like purses or shoes, jackets are becoming the new “must-have” item.

Speaking of shoes, Canada Goose is launching a luxury footwear line in an effort to boost its portfolio. If the company continues attracting new groups of buyers, look for the company to continue trending.

To keep up with the competition, you need to put forth the best product continuously with luxury brands. So far, the company is doing a great job at it. And by adapting to the changing needs of customers, Canada Goose is positioning itself for future growth.

Even though GOOS stock is underperforming, we are in the middle of its strongest season by far. With expectations high, this quarter will be watched closely to see how the company progresses.

One important thing to note, GOOS Stock has strong institution support with over 95% of shares. With the outdoor clothing market set to continue growing, look for Canada Goose to continue attracting the luxury crowd.