Interest in hydrogen fuel cells, and thus, hydrogen fuel cell stocks, has seen a major increase in recent years. As countries move to phase down and even phase out fossil fuels, they are looking for new fuel sources, and that includes fuel cells. This technology has a number of potential uses, including powering cars, trucks, buildings, backup power systems and even rocket fuel.

Due to several factors but in no small part to the success of electric vehicles, few consumer vehicles exist today with hydrogen as a fuel source. Examples include the Toyota Mirai, Hyundai Nexo and the Honda Clarity.

This is because batteries are heavy, and the weight added by batteries that would be large enough to power heavy trucks could add an excessive amount of weight to heavy trucks. That means trucks would lose a lot of cargo capacity, limiting the potential of battery-powered trucks.

Clearly, hydrogen fuel cell-powered vehicles have their benefits, from faster refueling to lighter vehicles. With more refueling infrastructure, there may still be a future for this technology. Here are the best hydrogen fuel cell stocks to buy as we look to the future: 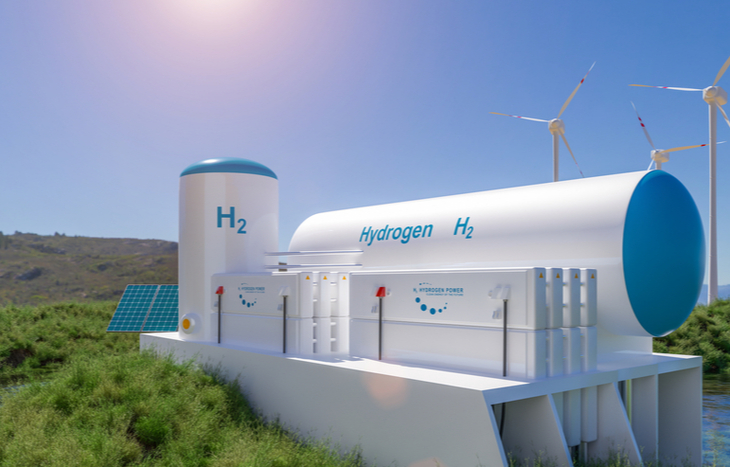 Here, we’ll take a closer look at each of these best hydrogen fuel cell stocks and whether you consider them for your portfolio.

Plug Power engages in the deployment of hydrogen fuel cell systems with over 40,000 fuel cell units deployed. It also puts an emphasis on “green hydrogen,” which is hydrogen that is refined with renewable sources. Hydrogen is refined using electricity, and much of the hydrogen that has been produced today has used fossil fuel-powered electricity. That eliminates much of the fuel’s environmental benefits, and Plug Power is working to address that issue.

Plug Power is currently valued at over $22 billion despite posting an operating loss of $106.67 million for Q3 2021. However, the company has $3.37 billion cash on hand ready to invest in R&D. Which is a substantial increase from last years $1.31 billion. It also increased its year-over-year (YOY) revenue by 34% to $144 million. Analysts project the stock will increase by about 30% over the next 12 months. Its stock price is already up about 50% since early October 2021.

Bloom Energy is a fuel cell provider based in San Jose, California. It focuses on the manufacturing of solid-oxide fuel cells that produce electricity on-site. The company was formerly known as Ion America, a nod to the process of using hydrogen as a fuel source. Many large tech companies use Bloom’s fuel cells to power their servers, including Google, Adobe, Staples and Comcast, making it one of the best hydrogen fuel cell stocks.

Bloom Energy is worth over $4.5 billion and sentiment around the stock is strong in the mid and long term. Its revenue for Q3 2021 was $207 million, a modest YoY increase of 3.46%. The rest of its fundamentals unfortunately decreased, though it did reduce its cost of revenue by 18% YoY, to $170 million. Its stock is already up more than 50% compared to early October 2021 and analysts predict a further rise in the coming months.

FuelCell Energy is a fuel cell producer located in Danbury, Connecticut. Specifically, the company manufactures and operates direct fuel cell power plants. The company uses a proprietary process to capture and concentrate carbon dioxide from large industrial sources. It uses an electrochemical process that doesn’t burn fuel, meaning it is cleaner and more efficient than other sources.

In terms of its stock, FCEL has a market cap of nearly $3 billion. Its earnings per share (EPS) is -0.32, but that is par for the course with emerging technologies. Still, its most recent earnings call shows some encouraging signs, including revenues of $26.8 million compared to $18.7 million last year. While it is still losing money, it had a net loss of $12 million versus $15.3 million last year. Its net profit margin was -44.73%, but that was a YOY increase in net profit of 45.36%.

Analysts project a drop in its share price over the next 12 months, but FCEL has increased more than 30% increase in price since early October 2021.

As you might expect, Hyzon Motors is a company that focuses on manufacturing fuel cell-powered vehicles; those include heavy-duty trucks, buses and coaches. The company is based in Mendon, New York, and is a new company founded in 2020. Its heavy trucks have a range of 400 miles with a full tank. Its trucks have several use cases, including cargo trucks, milk trucks and sewage trucks.

Hyzon Motors has a market cap of over $1.6 billion. Considering how new this company is, it’s tough to glean much from its earnings reports. Still, it’s net income for Q3 2021 is $32 million; its previous net was -$9.42 million. It has also raised nearly $500 million in cash, taking its cash on hand from -$15 million last quarter to $467 million this quarter.

Since October, its share price increased from around $5 to around $8; it has since declined slightly, but analysts are predicting a sharp increase in its price over the next 12 months. That is not difficult to imagine given it is starting from a low point compared to other stocks.

For more insight on emerging tech stocks, sign up for the Trade of the Day e-letter below. Many see hydrogen as the fuel of the future, don’t miss out on the next opportunity to invest in this promising tech. Here directly from leading trade experts providing their tips and tricks on how to navigate the stock market.