Income and Net Worth: Why Unequal Is Not Unfair

Over the past few weeks, we’ve been discussing the issue of economic inequality, how to think about it and what to do about it.

It’s quite true that some Americans have more income and wealth than others.

But is this unfair? Think about it.

Everyone realizes that some career choices require more education, more skills and more experience than others.

What if two workers do the same job, however? Is it wrong for one to make more than the other?

One may have more experience or time on the job than the other. One may work more shifts or longer hours. In those cases, the difference is understandable.

Or one employee may simply do a better job than another as measured by sales generated, customers satisfied, or positive assessments from colleagues and supervisors.

In short, income disparities are not necessarily unfair.

Complete with statistics and graphs, it sounded alarming. But the real story?

There goes the disparity… and the injustice.

So it goes with the much ballyhooed “gender pay gap” generally.

After accounting for vocation, specialization, education, experience and hours worked, the difference is negligible.

If you want to earn more, the choice is clear: Make yourself more invaluable.

Yes, some people are born with greater genetic gifts than others.

You and I were not born with the looks of Brad Pitt, the athleticism of LeBron James or the intellect of Isaac Newton. Too bad for us.

Some are dealt better hands than others. But we each have to play whatever hand we’re dealt as skillfully as possible.

From an economic standpoint, that means maximizing your education and marketable skills, showing competence, reliability and integrity at work, and doing whatever you can to rise in the organization. (Or seek out better alternatives elsewhere.)

Complaining that “capitalism is broken,” “the system is rigged” and “life isn’t fair” will not increase your income or net worth one iota.

It is, however, guaranteed to make you bitter and unhappy. (Picture Bernie Sanders’ face at the podium.) The choice is yours.

Beyond income inequality, there is another form of economic disparity in this country. Some households have a much higher net worth than others.

There is a significant wealth gap.

Is this unfair? Again, not necessarily.

In my 34 years as a money manager, investment strategist and financial writer, I’ve learned that wealth accumulation is based on six primary factors:

These factors are under your control.

Capitalism says you can have whatever you want if you help provide enough other people with what they want.

Warren Buffett – someone who knows a thing or two about wealth accumulation – emphasized just this point in an op-ed piece in The Wall Street Journal:

In recent decades, our country’s rising tide has not lifted the boats of the poor. No conspiracy lies behind this depressing fact: The poor are most definitely not poor because the rich are rich. Nor are the rich undeserving. Most of them have contributed brilliant innovations or managerial expertise to America’s well-being. We all live far better because of Henry Ford, Steve Jobs, Sam Walton and the like.

Chances are you don’t have the skills or the access to capital that these men had.

But that doesn’t matter.

There are simple steps you can take to ensure your own financial independence. I’ll discuss those in my next column.

P.S. Right now is perhaps the best time in U.S. history to build your wealth. That’s why I’m embarking on a revolutionary project with bestselling author and former Fox News host Bill O’Reilly.

Join us for The Great American Wealth Project on Tuesday, September 17, at 1 p.m. ET. A record number of Americans are becoming millionaires, and this is your chance to learn how you can build a seven-figure retirement too. Register now for the FREE, LIVE event, and we’ll see you there! 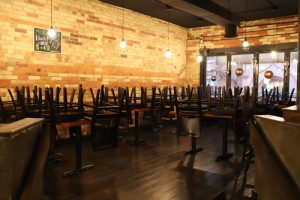 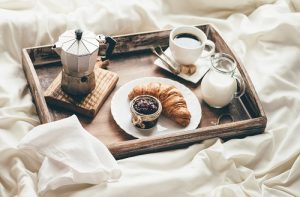 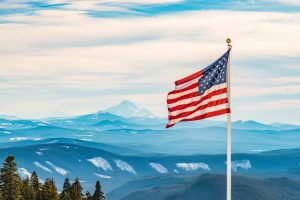