Knightscope IPO: What Investors Should Know About KSCP Stock

The anticipated Knightscope IPO is coming to the market. The robotics company will trade on the Nasdaq under the ticker KSCP. Here’s what we know…

Knightscope IPO: About the Robotics Company 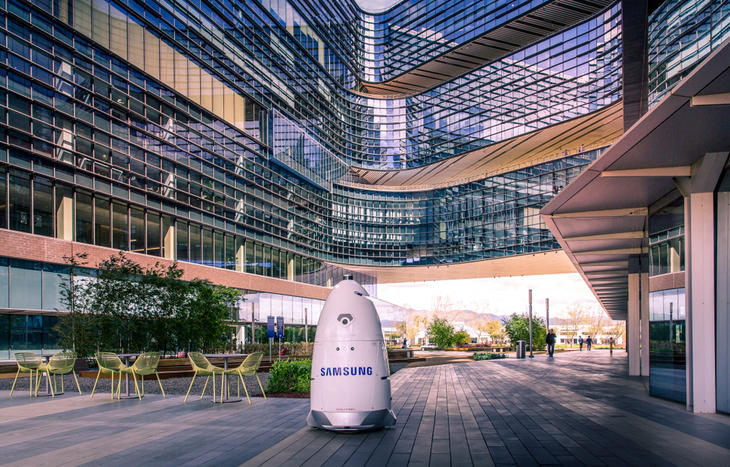 William Santana Li and Stacy Dean Stephens launched Knightscope in 2013. The advanced security technologies company builds autonomous security robots (ASRs). The company is on a mission to make America the safest country in the world.

The shootings at Sandy Hook, the Boston bombings and the attack on 9/11 led Li and Stephens to create Knightscope. By building ASRs that deter, detect and report, Knightscope aims to build a safer future.

Knightscope’s products include the K1 Stationary, K3 Indoor and K5 Outdoor. The company is also working to bring the K7 Multi-Terrain concept to the market. In addition, Knightscope offers a user interface, KSOC, that couples with ASRs. The software helps to increase situational awareness among officers and guards.

Knightscope’s clients range from hospitals to commercial real estate. Its ASRs operate in airports and warehouses, as well as Fortune 1000 companies and law enforcement agencies.

Here’s a timeline of Knightscope’s milestones since inception…

Detailed financial information is in the Knightscope IPO prospectus, allowing you to gain more insight into the company’s finances. If you’re in the market for KSCP stock, let’s look at the details.

Knightscope highlights some key information for investors. The company’s profit and loss statement and balance sheet data are as follows…

Knightscope has raised over $95 million from investors since its inception. Moreover, the company plans to show gratitude to investors by giving them first access to the Knightscope IPO.

The Knightscope IPO Will Open to Investors First

Knightscope announced a unique approach to going public by abandoning the traditional IPO process. Instead, Knightscope is prioritizing its 28,000 investors in its IPO…

In a traditional IPO, the majority, if not all, of the IPO shares would be bought by Wall Street and the allocation of these shares to Main Street retail investors just about disappears. If Main Street wants to buy them, you can just wait in line until the shares are listed and buy them along with everyone else in the public markets.

We don’t think that this cookie-cutter approach is right for us and our awesome stockholders that have stood by us through thick and thin. All 28,000 of you helped create Knightscope, and we believe it’s only right to prioritize you and ensure you have the first chance to buy the shares in a public listing, and only after that, will we offer them to Wall Street and the general public. Repeat: Our investors, that supported us through this journey go first!

Knightscope IPO: Use of Proceeds

Knightscope will use the net proceeds of its IPO to fund working capital and growth capital. The company hopes to increase sales by optimizing its ASR production.

The company plans to raise $40 million in the Knightscope IPO. After estimated expenses are taken into account, Knightscope expects to have around $36 million left. It will use the money as follows…

When Will Knightscope IPO?

Knightscope announced plans for an IPO at its 2021 Shareholder Meeting on September 21. The company is in the process of filing paperwork with the SEC and few details have become public about the Knightscope IPO. Although, the company has reserved the ticker symbol KSCP.

Knightscope plans to raise up to $40 million in its offering. KSCP shares will trade on the Nasdaq. According to the latest filing, the company plans to offer four million shares of common stock for $10 per share.

Knightscope has kicked off the process of moving forward with a public listing to trade on NASDAQ and is gathering investor interest utilizing the “Testing the Waters” regulatory period. This allows us to speak publicly about the process without running afoul of regulatory compliance items, such as the “Quiet Period”, that is typically associated with a traditional initial public offering. We intend to file the required documents with the Securities and Exchange Commission (“SEC”) for review… In the meantime, as indicated above, we can begin to accept indications of interest from our existing shareholders.

There is no set date for the Knightscope IPO. But check back here for the latest updates on KSCP stock.

As always, make sure to research before you invest. IPOs can be volatile for the first few months and share prices are constantly changing. But if IPO investing interests you, check out our top recent IPOs and our IPO calendar. We update the calendar daily to give you the latest news on upcoming and filed IPOs.