The Kraken IPO is coming to the market. The company is one of the most popular cryptocurrency exchanges, and it plans to go public soon. Here’s what we know…

Kraken is one of the most prominent cryptocurrency exchanges in the world. The San Francisco-based company is a pioneer in the crypto market. Its mission is to accelerate the adoption of cryptocurrency.

Kraken has become a leader in the exchange space since its founding in 2011. Investors can buy and sell more than 50 cryptocurrencies on Kraken. The platform is popular among investors for its low-fee services and high trading limits.

The company could be the next crypto stock market player. Kraken’s CEO, Jesse Powell, confirmed the company planned to make a public debut in 2022. Let’s take a closer look… 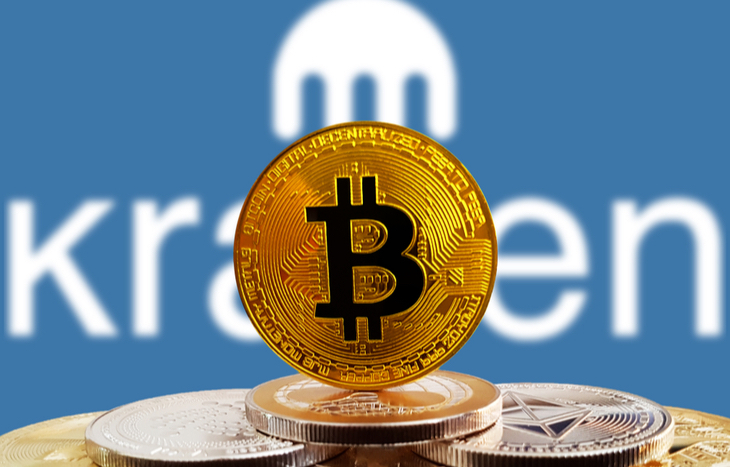 CEO Jesse Powell indicated in 2021 that Kraken planned to go public using a direct listing approach. The company would be the second crypto exchange on the public market after Coinbase. But after seeing Coinbase’s poor performance following its direct listing, Powell doesn’t seem so sure.

In a recent interview with Fortune magazine, Powell explained that he’s reconsidering listing the company as a direct public offering…

An IPO is looking a little more attractive in light of the direct listing’s performance. I would say we’re looking at it more seriously now having the benefit of seeing how the direct public offering played out for Coinbase.

Whether Kraken will IPO traditionally or go public via a direct listing is unconfirmed. But one thing is certain: The company will not be going public via a special-purpose acquisition company (SPAC).

If Kraken would decide to go public, it would do so through a direct listing and not through a SPAC as we are too big to go that route. Kraken is not planning to seek a public listing this year but might consider going public next year. At this point, no decision has been made.

This guidance is helpful for future investors. There’s still a lot of uncertainty and a lot of information we’re waiting on, though…

As a private company, Kraken doesn’t have to disclose its earnings. Little information is known about the company’s financial performance. The company is rumored to be seeking a valuation of $20 billion at the time it goes public, but no official information has been given.

Moving closer to the anticipated Kraken stock offering, potential investors can find financial information about the company and its plans for going public.

It’s unknown how long it will take to reflate the market. Cryptocurrency is already surging following Musk’s recent announcement that Tesla will resume accepting Bitcoin transactions “when there’s confirmation of reasonable ([about] 50%) clean energy usage by miners with [a] positive future trend.”

But market rebounds aren’t linear, especially in the crypto space. Our own Matthew Makowski explains why more volatility will likely follow…

A single tweet or another salacious headline is all it will take to trigger another drop. This is a very headline-driven market. And if more details about a China crypto ban come out, it makes sense to be prepared for another dip. But if you’ve been in the crypto market for more than a few days, you’ve probably already developed some level of immunity to volatility.

When to Expect Kraken IPO

Powell reiterated that the company plans to go public in the second half of 2022. The company is hoping that the crypto market will be more established in the coming year. By then, Powell hopes there’ll be “more analyst coverage out” on the company and “more of a track record of growth for the industry that people feel like they can rely on.”

However after a year of market volatility and many cryptos hitting new lows, Kraken may put off its IPO. Kraken has also become the subject of U.S. Treasury investigations after violating sanctions with Iran. Depending on the findings of the investigation Kraken could be facing some hefty fines which may in turn delay its IPO.

As always, make sure to do your research before you invest. IPOs can be volatile for the first few months and share prices are constantly changing. Furthermore, if IPO investing interests you, check out our top recent IPOs and our IPO calendar. We update it frequently to give you the latest news on upcoming and filed IPOs.