A new report from the Pentagon suggests the U.S. is buying 35% fewer F-35s, a major revenue source for Lockheed Martin (NYSE: LMT) stock. As a result, Lockheed Martin stock fell by over 6% during the trading day while recovering down 3.5% at close.

The world’s largest defense contractor is giving back much of its momentum since the start of the war. Even before the report was released, Lockheed Martin stock took a step back from its highs of over $479.

At the same time, several nations are planning to spend more on defense amid the ongoing war in Ukraine. For example, Germany intends to increase defense spending to over 2% of GDP while the U.S. plans at least a 5% increase.

With this in mind, is now the time to buy Lockheed Martin stock? Keep reading to learn more about the company and what to expect next. 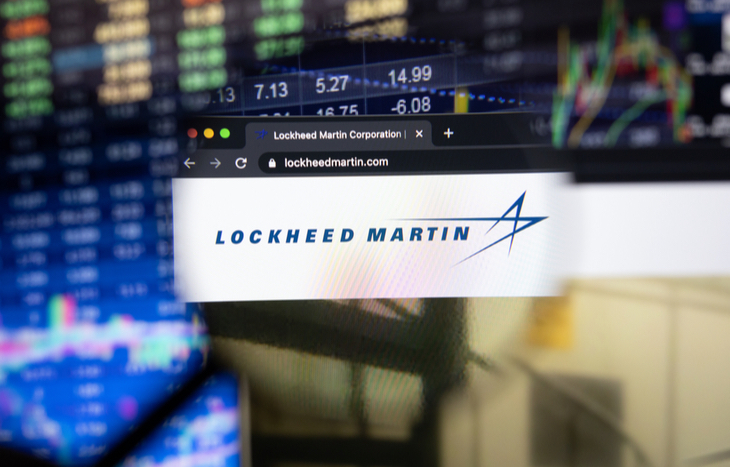 Although the F-35 is not Lockheed’s only product, the fighter jet is known as one of the most advanced war weapons. The company’s other products include:

Despite peace talks soothing investor fears, the tension is not slowing. However, this could be good news for the world’s largest defense company.

For instance, after Ukrainian President Zelensky appeared before congress, the U.S. announced another $800 million in support. The new package may include several Lockheed products such as 2,000 Javelins and other weapon systems.

Why Is Lockheed Martin Stock Down?

After the tension in Ukraine escalated, Lockheed Martin stock gained over 23%, hitting an ATH of $479.99 per share within two weeks. In other words, the stock was overheated and due for a step back.

At the same time, LMTs revenue comes overwhelmingly from government contracts. So, any reports of fewer orders can impact the stock price.

On the other hand, several stock market sectors are rallying this week as peace talks continue. That said, defense stocks are an outlier this year as most of the market is down significantly from their previous highs.

With this in mind, the industry rallies along with energy stocks on escalating tension while the rest of the market is under pressure.

Will LMT Stock Bounce Back

Lockheed Martin stock is already bouncing back slightly today, up 1.4% at the time of writing. That said, there are a lot of positives surrounding the company right now.

For one thing, we are already seeing several nations commit to higher defense spending. Not only is Germany boosting defense, but they are also planning to buy F-35 fighter jets to replace its current fleet.

The news is good for Lockheed Martin stock as it should continue seeing high demand for its products.

Given the current events and the dominant position LMT is in, it’s likely the stock will continue seeing heavy interest. Congress is already eyeing a bigger defense budget since the invasion started. How will it look in the coming weeks?

Regardless of an increase in spending or not, Lockheed’s ability to work on high-level projects is leading to stable revenue growth.

Looking back to 2018, Lockheed’s top line has grown every quarter except Q1 and Q3 2021. On top of this, EPS has increased significantly since the company has worked to reduce debt and reduce share count via buybacks.

After running to ATHs on news of Russia’s invasion, Lockheed Martin stock is slipping 10% from its highs. Yet accumulation is still relatively heavy in LMT shares, suggesting more buyers than sellers.

Even with higher debt levels ($11.6B), the company’s rock-solid balance sheet and cash flow still make it an attractive option. The high debt comes with the industry and is still significantly lower than peers Raytheon (NYSE: RTX) and Boeing (NYSE: BA).

Is It Time to Buy Lockheed Martin Stock

Lockheed Martin’s track record is impressive, with top-line growth every year since 2014. Moreover, with most of the world on high alert right now, Lockheed Martin should continue boosting sales.

With higher global defense spending, LMT is likely to be a big beneficiary of new investments. As a result, we should continue seeing Lockheed’s earnings trending higher.

Most important, defense spending does not typically follow economic cycles. Regardless of whether the Fed raises interest rates, Lockheed Martin stock is likely to benefit. If you need help adjusting your portfolio for the Fed cycle, read more on what stocks to buy when interest rates rise.

In fact, with the ongoing tension, analysts expect defense spending to continue climbing for the next several years. Not only in the U.S. but around the world. Look for Lockheed Martin to continue seeing the benefits.

The company’s high priority should continue rewarding it with billion-dollar government contracts. That said, Lockheed Martin stock is an excellent defense stock to add to your portfolio as we advance.