Is It Better to Own These 3 Nasdaq Tech Stocks Instead of The Index?

Most conventional wisdom tells you that buying an index fund is one of the best ways to grow money over time. And it’s true. In general, index funds reduce your risk while still averaging a 10% return over the long run. However, one index, the Nasdaq, is heavily influenced by just three stocks. These three Nasdaq tech stocks are known for consistently outperforming the index.

Since these stocks perform so well, it might make sense to just buy them directly instead of owning the entire index. Let’s take a closer look at that! But before we do, here’s a quick refresher on what the Nasdaq is. 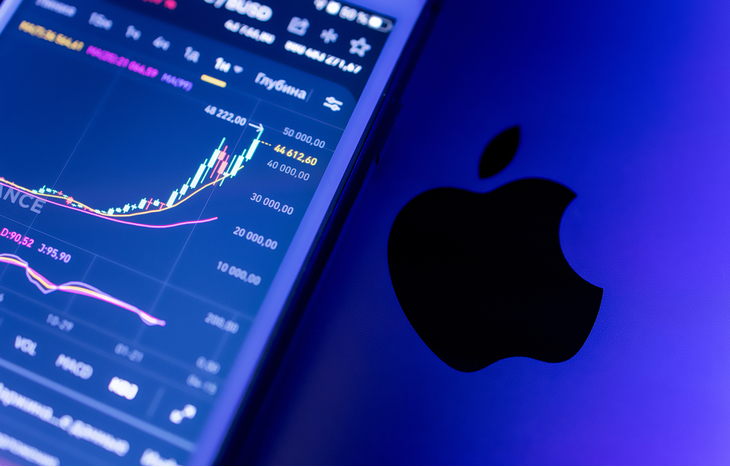 What is The Nasdaq?

The Nasdaq is the first fully-electronic stock market exchange. In total, it has over 3,000 stocks, with over 50% of them in the technology industry. The Nasdaq is also unique as it’s commonly referred to as its own index.

Two examples of other popular stock indexes are the Dow Jones Industrial Average and the S&P 500. However, their stocks trade on different exchanges like the New York Stock Exchange. The Nasdaq, on the other hand, acts as both an exchange and an index.

In particular, three companies have an outsized impact on the Nasdaq’s movements. These stocks are Apple, Microsoft and Amazon. Together, they make up about 30% of the entire index.

With that said, let’s take a look at if owning these three Nasdaq tech stocks is better than buying the index.

Apple is perhaps the most influential company in the world and has a market cap of $2.85 trillion. In 2022, it reported $365 billion in net revenue as well as $95 billion in net income. Both of these numbers were records for the company. Apple is so massive that it earns more profit in one quarter than many companies will ever be worth.

What’s even more impressive is that Apple didn’t miss a beat during the COVID-19 pandemic. Despite having a highly-globalized supply chain, Apple’s 2020 numbers were on par with 2019. By 2021, it was back to YOY growth.

A little more so than Apple, Microsoft has a massively diversified business. It has solutions for hardware, software, cloud computing, gaming, business solutions, and more. On top of that, it owns LinkedIn, Activision Blizzard and Xbox. Microsoft is constantly pushing the boundaries of technology, especially in areas like artificial intelligence and edge computing.

In 2021, Microsoft reported $168 billion in annual revenue and a net income of $61.27 billion. Despite being such a goliath already, Microsoft’s revenue consistently grows by double digits each year. For this reason, many investors refer to Microsoft as a serial compounder.

Of these three companies, Amazon probably has the widest moat. In fact, it might have the widest moat of any company in the world. By “moat” I mean that it has a competitive advantage that’s very difficult for other companies to copy. Amazon’s moat is its logistics and fulfillment network, which allows it to offer speedy delivery. The sheer size and scope of this network makes it almost impossible for anyone to compete.

In 2021, Amazon reported $469.8 billion in revenue and a net income of $33.36 billion. This makes Amazon the second-largest company in the world by revenue. It’s just larger than Apple but smaller than Walmart.

What Should You Do?

With investing, there’s a common saying that goes “past performance does not guarantee future returns.” Essentially, it means that just because Apple rose 42% last year it doesn’t mean it will rise 42% again this year. If investing was that easy then everyone would be a millionaire.

This is even true for the world’s most dominant companies.

No One Is “Too Big To Fail”

A few months ago, Meta Platforms (formerly Facebook) could have been included on this list. It has 2 billion members, generates billions in cash flow, and owns Instagram and Whatsapp. However, Meta Platforms recently reported its first decline in membership growth.

This small change was enough for investors to start questioning Meta’s entire business model. Over the following weeks, Meta’s shares dropped 50%. In a matter of weeks, its five-year return spiraled down from 170% to just 30%. If you had decided to go all-in on Meta’s stock 5 years ago then you’d be drastically underperforming the Nasdaq today.

Something similar could happen to the three stocks above. Or, these three stocks could have simply reached their peak. Since they’re already so big, the next five years could be filled with modest four-to-five percent gains each year.

On the other hand, there are always new companies taking off. For example, Nvidia and Tesla have been some of the best-performing stocks recently. Owning the index gives you exposure to these up-and-coming as well as the three Nasdaq tech stocks listed above.

It Depends On Your Goals

At the end of the day, the best investment decision depends on what you are trying to achieve. If you are an aggressive investor then it’s a could be good idea to buy the best-performing stocks. This will give you the potential to outperform the index.

If you are a risk-conscious investor then owning the index will work perfectly fine. It’s a proven way to generate consistent returns over time while protecting your capital.

Please remember that I’m not a financial advisor and am just offering my own research and commentary. As usual, please base all investment decisions on your own due diligence. With that in mind, I hope that you’ve enjoyed learning about three Nasdaq tech stocks that might be better than owning the index.