Over-the-counter (OTC) stocks have a bit of a bad rap. They’re easier to manipulate than ones on major exchanges. And so they’re sometimes the targets of stock scams. But, just like anything else, that’s the minority. Just like people, OTC stocks are mostly good. But it can still be challenging to find the good one. That’s why I’ve put together this list of OTC stocks to buy. 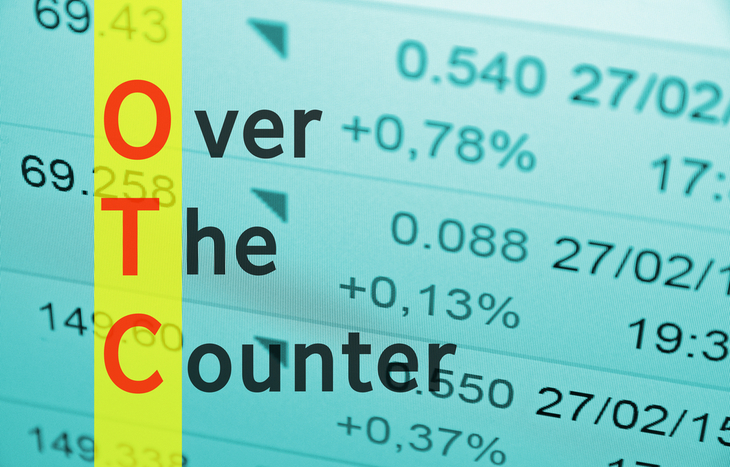 This gives you a good mix of both speculative stocks and comfy, safer stocks to invest in. But first, I’ll explain a little bit more about what OTC stocks are.

As you probably know, OTC stands for over-the-counter. Each OTC stock is part of a unique submarket in the OTC world. There are three major submarkets.

There’s OTCQX, which is the highest tier, and the most difficult for a company to list on.

Then there’s OTCQB, which is the middle tier. It still has some restrictions. It’s reserved for legitimate companies, but is a little less difficult for a company to be listed here.

The Pink Open Markets are the bottom tier. It has some requirements, but it’s fairly easy for a company to get its stock listed on.

First, A Disclaimer About These OTC Stocks to Buy

When you’re investing in any sort of stock, you want to do full due diligence on the company. If you don’t know how, there are plenty of articles that can help explain what you need to do and how.

When investing in penny stocks, it’s important to understand that they can be more volatile than higher priced stocks due to lower trading volume and liquidity. And that can go double for some of the choices on this list of OTC stocks to buy.

But there are a couple things you can do to get around this risk… or at least lessen the fall you may take.

When investing in anything, it helps to diversify your portfolio. All that means is divide up your money, and open a position in a wide variety of different investments. You can read more about diversification here.

Also, never invest money that you aren’t willing to lose. Usually, you’ll come out on top. Especially if you diversify your portfolio. But it’s generally accepted that when investing in anything, you can lose some of your money.

This rule doesn’t bother me though. Because if I use the money to buy something from the store, I’ll have lost it anyways. Plus, I diversify. So, I know my winners should override my losers. This helps me stay confident my portfolio will come up in the green.

Alpha is in the tech industry. More specifically, it focuses on esports, a growing industry. Esports are video games played competitively between two or more players or teams. They interest is so high, they sometimes involve spectators, too.

The company is obviously successful in many areas. It has great leadership. And the company is going into more and more new applications. Of note, it recently entered into the adult gaming and casino market.

The stock has taken a big plunge though. However, it’s only been on the market since June. That’s partially what makes this one of the best OTC stocks to buy right now. You’ll want to get in while the price is nice and low.

Although this company was founded in 1989, its stock had been less than one cent since 2011. Recently, it’s popped up to one cent a share. Then two cents. It seems to be trying to bump up higher, too. It popped to two cents twice within two months. But at last check, it was back down to one cent again.

Hiru Corp is in the bagged ice and bottled water business. More specifically, it targets consumers across Arizona. While I don’t live in an arid climate like Arizona, I gotta say, their website clearly shows that they know how to sell. It made me thirsty for cold water!

Wallet Investor predicts Hiru should gain in value by about 30% by 2026. While that isn’t a moonshot by any means, that’s still very promising… Which is why it earned its place as one of the best OTC stocks to buy right now.

Analysts are predicting a short-term price increase for Lotus. The consensus  is that there will be a peak around July and August 2022. Then, it looks like a major decline in the following months. And going forward, it appears that following years could look similar. Low in the early months, but steadily increasing to peak in the summer months. Then coming back down to where it was before. This makes it an excellent candidate for as one of the few cyclical OTC stocks to buy.

Lotus is focused on the biotech industry. It refines organic materials and produces consumer products. Right now, it’s exploring organic and farming opportunities. If this venture pans out, it could be a major catalyst for the stock… Which could lessen future downs, and raise future highs.

Volkswagen had a great quarterly financial report. It’s up by over 304% for net profit margin compared to last year.

And in case you didn’t know, Volkswagen is a German automotive company. It owns day-to-day consumer vehicle brands and luxury brands like Audi, Lamborghini, Bentley, and Porsche. Volkswagen owns the motorcycle maker Ducati, too. Plus it’s got a couple of trucking lines. As far as the transportation industry, it’s hard to get more diversified… Unless it starts making airplanes too. But even if Volkswagen doesn’t it’s still one of the best OTC stocks to buy and keep in your portfolio.

Its quarterly net profit margin is up by over 120%. The stock was very low in October 2020. But by March 2021, it had corrected up by about $10. Even though it’s inched back downward, it remains higher than it was last year. And if it’s able to pick up a little momentum, this could be one of the best performers on this list of OTC stocks to buy.

Kawasaki produces many different types of vehicles. Of course, it’s got the super fun dirt bikes, road bikes, jet skis, and other toys. But it also produces heavy equipment, aerospace, and even defense equipment. It produces ships, as well.

Kawasaki headquarters in Japan and was founded in 1896. So the company has been around for a long time, which makes the company a more stable investment. In fact, it’s arguably the most stable of any of the companies on this list of OTC stocks to buy. While that means investors shouldn’t expect major downside possibilities, it also means that Kawasaki stock won’t be rocketing upward like its products. Slow, steady growth is the name of the game with this one.

I think this is my favorite stock on this list. (Except for Kawasaki and its fun toys, of course!) Besides the sweet treats it produces, Nestle has shown to be committed to growing with the market and adapting.

Nestle is a Swiss multinational company. In general, Swiss companies tend to do well because supplies and labor are usually locally. Plus, work/life balance are held with very high regard.

Nestle’s stock has been climbing ever since its listing on the OTC market. That being said, it did hit a mild correction before heading back upward recently. However, simply because Nestle is one of the largest food companies in the world based on revenue, it certainly earned a place as one of the best OTC stocks to buy.

There are definitely some gems to find in the OTC stock markets. But I do recommend doing your own research on the ones listed above. Then, put in a little money and see where it goes. However, if you want learn more about investing, you can start with the investing 101 here.

But if you past that point and ready for more active trading, I suggest signing up for the Trade of the Day e-letter. It’s packed with all the market-moving information you need to become a successful investor. And all you have to do is enter your email address in the box below to get started.