Redbox stock jumped over 50% from its lows yesterday after announcing its CFO will be stepping down. Although departing leadership roles are generally negative, investors seemingly welcomed the news.

Best known for its red kiosks placed outside retail locations, Redbox (Nasdaq: RDBX) is transforming into much more. In fact, the company’s new plans may create a more profitable business than Netflix (Nasdaq: NFLX).

In October, after going public through a SPAC merger with Seaport Global Acquisition, Redbox stock raced 130% on high expectations. However, since then, RDBX stock is down over 85% as the video rental firm transitions.

Moreover, with many investors betting the company will fail, traders are prompting a short squeeze on social media. With the transition underway, is now the time to buy Redbox stock?

If you are thinking of buying Redbox stock, here are three key statistics to consider before buying. 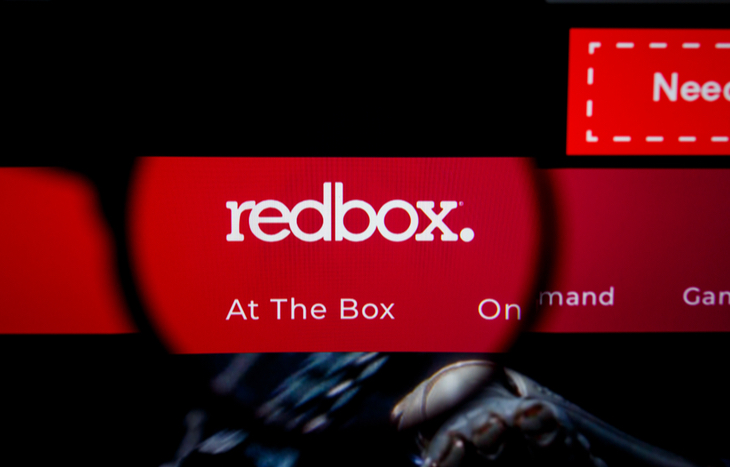 No. 3 Already One-Fifth of Netflix?

Redbox already has a competitive advantage with its 40 million loyalty members in Redbox Perks. The Perks program helps users earn rewards they can use towards renting movies.

Compared to streaming leader Netflix with 222 million paid subscribers, 40M may not seem big. But, it’s already almost one-fifth of the streaming leaders. Yet, Redbox may be in a better position to monetize its user base and earn revenue.

With a single app, Redbox gives you access to all its services, including free and premium. Like Netflix, the Redbox app is offered on all major platforms currently.

However, compared to Netflix, Redbox may have an easier time monetizing. For instance, Redbox assumes with a 10-15% conversion rate (of 40 million) they can achieve over $1 billion in annual revenue. On top of this, the loyalty program expects to drive consumer loyalty, leading to higher customer value.

With this in mind, Redbox is creating a revenue model supported by multi-service users. We could see a new streaming contender if they can achieve the transition.

With free tv, on-demand, premium, and subscription models, Redbox stock has the right model in place. The big question will be, can they attract the users? And if so, will they be able to retain them?

If this is the case, Redbox stock looks attractive as a penny stock at these levels. But there are still a few risks to be aware of.

Redbox claims 90% of Americans are within a 5-minute drive of their kiosks. Although this may be true, the company is in the middle of transitioning from pure DVD rentals to digital.

With this in mind, Redbox stock looks to add a significant digital presence to its legacy business. Its legacy business is home to about 40 thousand kiosks located in high traffic areas for consumers to rent or buy new movies. Meanwhile, the firm also generates revenue from kiosk services such as repair and installation.

On the other hand, Redbox has big plans to grow its digital presence. Take a look at the services Redbox offers so far.

Although these are small fish in a massive steaming market, they still have potential. Compared to streaming leader Netflix, the business model may be more profitable.

First, even though Netflix’s revenue grew 18% in 2021, the cost of generating that revenue also rose 13%. With this in mind, Netflix spends big money producing original content. For example, Stranger Things 4 allegedly costs $30 million per episode.

Rather than spending millions producing seasons, Redbox gets content directly from major studios and direct purchases.

Furthermore, the firm is establishing a movie distribution label, Redbox Entertainment LLC, to drive users. The new label acquires the rights to hit films while also committing to deals for new movies. Redbox can then lease them to other streaming services for profit by acquiring these rights.

But, the most important thing to consider is that Redbox stock is effectively building a premium content library. For example, as new movies lose interest, the films can then go directly to free services, promoting a recycling method.

If you missed it, Redbox stock gained over 50% from its opening price of $2.87 per share with no positive news to note. However, the only news from Redbox released yesterday was of CFO Kavita Suthar stepping down from her role.

At the same time, traders on social media are quick to point out the company’s high short interest (SI). According to recent data, the short interest in Redbox stock is slowly creeping up in 2022.

Although this looks extreme, the SI as a percent of the float (SI%) is actually less than at the beginning of the year. In January, SI% was upwards of 23%. Currently, it’s around 12%.

How does this happen with higher short interest? For one thing, the company’s float (available shares to trade) has also increased. So, with more shares available to trade, the number of shares short as a percentage is less.

Is Redbox Stock a Buy?

With big plans in place, Redbox is on the right track. At the same time, Netflix lost users for the first time (including Russia) and is guiding to lose another 2 million in Q2.

Nevertheless, it has a long way to go in proving to be a good investment. At the moment, the company’s financials are crumbling as it undergoes its transition. With this in mind, Redbox is a high-risk, high-reward play.

Although the digital segment will improve margins and profitability, it will take time to transition. On top of this, as the company builds its catalog, you can expect more spending ahead.

At this point, it might be worth waiting to see if you can buy Redbox stock at a lower price. Especially given the overall market seems to be unstable with the war in Russia and rising interest rates.